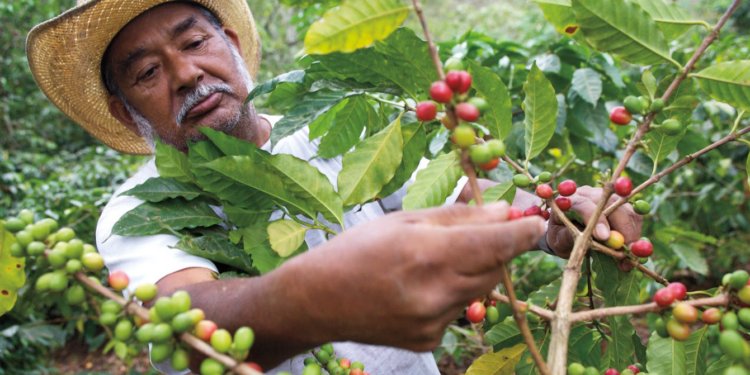 With many British taxpayers facing financial calamity this winter, isn’t it grand to note that the vital work of ensuring a “complete revision of the concepts of gender” among Mexican farm workers continues apace. In the public foreign aid budget, it would seem that money is no object when climate change is evoked. A local Mexican academic, Professor Cesar Flores claimed that the “observance” of revised concepts of gender “can have a positive impact in the development of projects of carbon sequestration”.

This vital educational work among the coffee growers in the state of Veracruz is being undertaken by the U.K. Partnering for Accelerated Climate Transitions (PACT), noted to be a “flagship” programme funded by the Foreign Office and the Business Department (BEIS). It is said to fund projects helping developing countries reduce their carbon emissions. It is part of the U.K.’s International Climate Finance portfolio, in which the U.K. is investing £11.6bn to March 2026.

Undisclosed is whether the U.K. taxpayer-funded re-education courses touched on some of the more cutting edge, fluid gender narratives familiar to viewers of the BBC. It might be thought to take some cojones to broach such advanced concepts with traditional, definitely he, him, Catholic Mexican hombres. The local “implementing partners” are said to have received  instructions “around gender, the role of masculinities and about effective communications with a gender perspective”.

The classes occurred as U.K. PACT ran an alternative coffee bush planting project said to mitigate the effects of climate change. The project was said to aim to benefit the coffee producers, “by planting trees that contribute to a higher quality of life for the communities, taking into account the possible utilities and cultural aspects of each species”. There appear to have been plenty of social scientists around to make sure “that the benefits obtained from this programme contribute to closing gender gaps and promoting an authentic inclusive economy”.

It is a fact often noted that when social scientists get involved, meaningless waffle has a tendency to surface. One of the local implementing partners, Flor G Vazquez Corzas, was quoted in the U.K. PACT press release as stating: “The topics of the workshops were of great relevance, and necessary themes to integrate in the project, just in time to begin working with the people in the communities and consider an inclusive perspective in the design materials, from the attendance rosters, invitations and the development of workshops, among other things.”

The project is said to have kicked off in June this year, although actual tree planting is expected to “culminate” next March with the planting of tree species that may “best benefit the coffee agro-producing communities in Veracruz”. Are we to understand from this patronising tone, that this knowledge has escaped the generations of farmers in the past? Since their excellent product is served around the world, they presumably have some clue as to what they are doing. And of course, as with many such projects in the public sector, the whole make-work boondoggle is expected to lead to greater heights. “The project will also produce global public goods, a series of guides and didactic multimedia that will facilitate the replicability of this project in other regions of Mexico or in other geographies around the world suitable for this project.”

Is this what foreign aid in Britain has become? Noble aims to give people a fishing rod and teach them to fish have been replaced by a neo-colonial education exercise based on fashionable climate scare stories and gender identities. Pet projects from liberal elites funded by the U.K. taxpayer being spread around the world, to populations that are expected to be grateful for any social, economic and cultural wisdom so graciously being bestowed upon them.