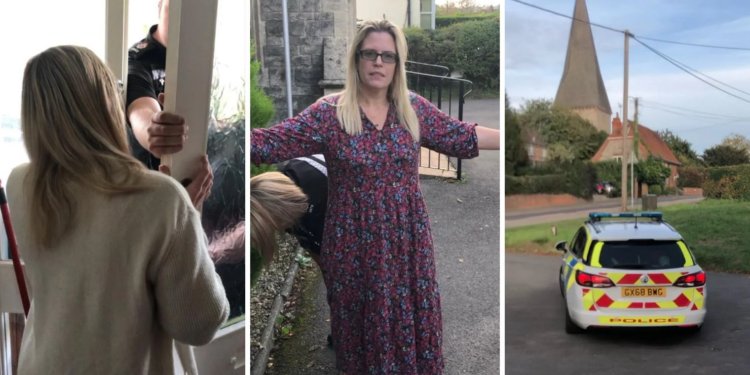 Police officers from Surrey Police force arrested journalist Caroline Farrow after she was reported for allegedly posting a “grossly offensive message”. The officers seized Farrow’s electronic devices, questioned her at Guildford Police Station and released her under investigation. Reclaim the Net has the story.

Farrow has denied posting the messages, said that she was falsely accused of posting messages wrote by other people, and described the police’s actions as “absurd”.

“I haven’t sent any threatening or indecent messages,” Farrow tweeted. “I was shown posts from KiwiFarms written by other people. I suspect these are the grossly indecent and threatening messages.”

In a statement, Surrey Police said: “When we receive an allegation of a crime, in this instance one where a grossly offensive message is said to have been communicated, it is our job to assess it alongside any available evidence to identify if an offence has been committed. If it has, we gather further evidence and carry out an investigation to prove or disprove the allegation. That is exactly the process that is being followed in this case.”

According to Farrow, two police officers showed up at her home while she was preparing dinner and told her that they’d come to arrest her for “malicious comms”. Farrow said she asked the officers whether they had a warrant but they told her they don’t need one and one officer barged his way into her home.

Farrow claimed that all of her devices were seized by the police, including a Chromebook that she was using for work and an iPad that her 10-year-old daughter with autism uses for homeschooling and to store her Harry Potter audiobooks.

Farrow added that because her devices were charging in the parish offices where her husband works, which is a separate building to her house, the police also obtained permission to enter church premises.

“My husband didn’t want his parish office and workspace invaded by plod investigating whether his wife used insulting words on the internet,” Farrow tweeted. “He couldn’t actually believe what was unfolding.”

Farrow claimed that she was frisked, arrested and then held in cells for a few hours.

Farrow said the police sergeant told her that emailing people “malicious messages” was a crime and the police officers then clarified that she hadn’t emailed anyone but had “allegedly written some insulting messages on the internet.”