Can Woke Institutions be Salvaged or Must We Build Anew? 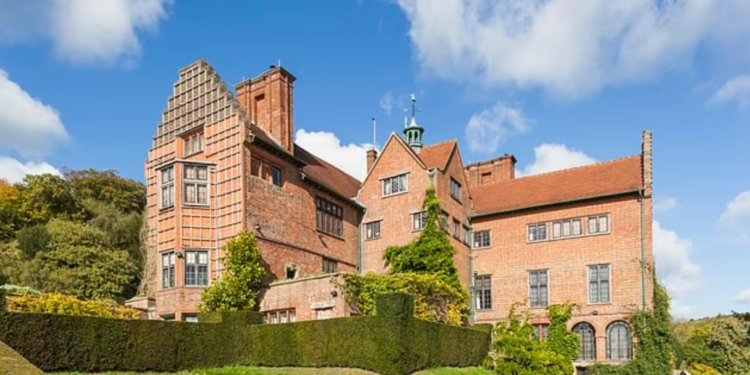 From Cambridge University to the Conservative Party, major institutions have been either taken over or infiltrated by the proponents of postmodernism. When I say postmodernism, I mean not just its pernicious elements – neo-Marxist identity politics, compelled speech and the assault on truth itself – but also how these elements manifest: cancel culture, climate apocalypticism, critical race theory and the erosion of liberty.

Universities were the foundation of the Enlightenment, bringing the smartest minds together to think on and attempt to answer the most difficult scientific and philosophical questions of the day. The job of these institutions is to preserve the past and then educate the young in order to pass that knowledge along.

The concept of a university, where experts in different fields gather to bounce ideas off each other, has become exploited and poisoned by extremists wanting to push their own agendas. The guardians of our nation’s heritage, from our museums to the British Library and the National Trust, seem to be more interested in trashing our history than preserving it.

Have these once great institutions become so in thrall to the woke mob that they are corrupted beyond repair?

The National Trust is trying to link Winston Churchill to the slave trade, the British Museum is attempting to ‘decolonise’ its collections and even the Conservative party is attempting to regulate speech online with its online safety bill. These once great institutions are now shadows of their former selves.

Part of the issue here is that if we set up public institutions, they tend naturally to become dominated by parasitic bureaucrats who are pushing an agenda. Perhaps merely setting our institutions up so they are publicly funded to such a great degree drastically increases the probability that they will become ideologically dominated.

You may say: “Well public institutions like those were always going to fall to the hands of the woke mob. They’re not beholden to shareholders and they don’t have to make money. But don’t worry – at least the private sector will remain sane!” Alas, the commercial world has been captured as well – partly thanks to the HR departments being given far too much power, all in the name of empathy, wellness and a work life balance. No great company was ever created by Human Resources, but many have been held back by them.

Not far behind the HR departments are the marketing teams and the advertising agencies (I have written previously about how the woke advertising world is driving customers away). You can see just how far these agencies have fallen by watching a four-minute ad break. Cast your mind back to the not-too-distant past – remember the Guinness Surfer Ad (1998) and the Yellow Pages J.R. Hartley (1983)?

These were created by the once great Abbott Mead Vickers BBDO – a legendary agency with creatives who were actually doing creative things. Now look at it. It’s more interested in winning Diversity in Advertising awards and pushing more identity politics on the public.

Not forgetting Wieden+Kennedy – in 2006 it made Honda’s famous Cog advert, one of the greatest ads of all times. Now? It has teamed up with Colin Kaepernick to call America systemically racist.

We could argue the agencies are just doing what the client wants. More likely they are both complicit, egging each other on to be ever more virtuous and moral.

Like governments around the world, major corporations are falling over themselves to issue climate pledges. One recent review of 500 commercial websites by Britain’s Competition and Markets Authority found 40% of environmental claims to be misleading in some way.

The question is, can all these great institutions be saved, or do we rebuild them?

In some sense it must be both. As Kemi Badenoch has shown, we can and should push back. In her position as Equalities Minister, Badenoch made her name by rejecting the woke Left’s race-based educational ideas, and she pushed back against her predecessor Penny Mordaunt’s ludicrous idea that people must be treated as whatever it is they claim to ‘feel’ to be that day.

Zewditu Gebreyohanes has called on National Trust members to save it from wokery, stating: “The only way we can effect change at the top, after all, is by remaining members voting en masse for the Restore Trust resolutions and council candidates.”

However, we must also build anew by creating institutions that are uncorrupted, built on tradition and serve the widening gap in the market.

Stephen Blackwood, along with many other eminent thinkers and academics including Vernon Smith, Heather Mac Donald, Harry Lewis, Ruth Wisse, Roger Kimball and Jordan Peterson, is launching a university in Savana Georgia, dedicated to seeking truth. History Reclaimed is determined to stop history being rewritten and used for political purposes. A Band of Brothers is a charity which aims to support disaffected young men to grow and develop, improving their lives and the communities they live in by pushing back against evil and pernicious terms like ‘toxic masculinity’ and ‘male privilege’.

Even new companies are being born in the fight against woke. In response to Gillette’s now infamous three minutes of man-hate, Jeremy’s Razors has started using the slogan: “Stop giving your money to woke corporations who hate you. Give it to me instead.”

I set up Uncommon Sense to give brands and companies an agency that would get back to selling their products for them, rather than trying to sell ideas and pursue ‘social justice’.

The power of the individual should never be underestimated, so don’t just sit idly by while postmodernism corrupts everything. Reach out to like-minded individuals, help set up institutions, get on the school board or re-join associations to help fight back!

If you run a business and one of your suppliers promises to be carbon neutral, ask how much that will cost you in higher prices. Will that mean your customers have to pay more? Will higher prices stop you investing in staff or new positions?

Money talks; it will be what stops the encroachment, so use it wisely. Support businesses that want the best for you and your children, not companies that hate you.