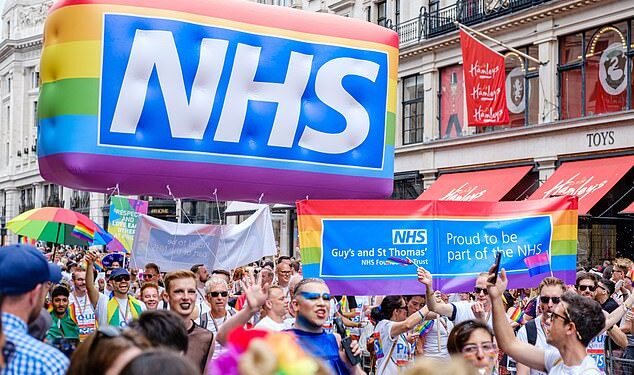 More than a dozen NHS trusts are hiring diversity managers in spite of the current NHS crisis – caused by inadequate funding, say NHS chiefs – and a Government review recommending NHS diversitycrats should be cut back. The Telegraph has more.

An investigation has found at least 17 open jobs for diversity and inclusion roles across the country, budgeting up to almost £1 million in annual salaries.

It comes after a landmark report this summer set out plans for a shake-up of NHS management, including reducing the number of equality, diversity and inclusion roles over time.

Liverpool University Hospitals NHS Trust is advertising for an interim associate director of equality, diversity and inclusion with a salary of up to £77,274 a year.

The candidate will lead the Trust’s equality strategy including the development of “an inclusive, diverse and engaging culture”, according to the job description.

While University College London Hospitals NHS Foundation Trust is advertising for a new role as the equality, diversity and inclusion lead, paying up to £72,639 a year, it is understood the job is charitably funded.

The investigation by the Taxpayer’s Alliance also found an advert for a part-time position at the Stockport NHS Foundation Trust, as equality, diversity and inclusion manager, offering candidates up to £44,503 a year with the ability to work from home.

The 17 jobs currently advertised on the NHS Jobs site could pay the candidates up to £926,962 a year in total.

“While health bosses cry out that services are at breaking point, NHS bodies continue pumping out ads for yet more diversity demagogues.

“Ministers need to get a grip and ensure these right-on roles are wound down.”

Lord Sumption: The Truth About Lockdown is Becoming Impossible to Deny – It Was a Disaster