The Government, the Healthcare Profession and the BBC Have Made Muppets of Us All Over Covid 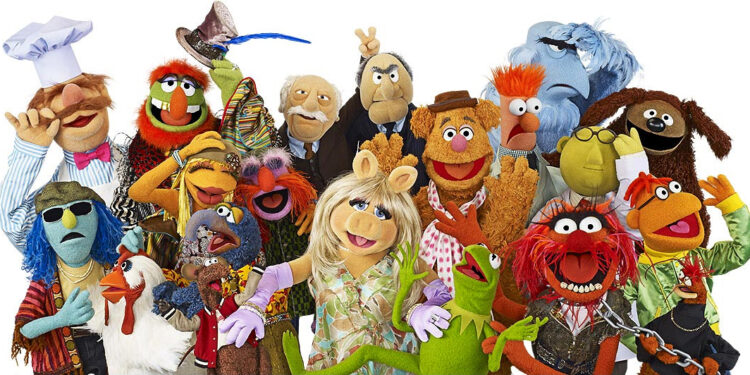 I bumped into an old acquaintance in the local shopping centre recently. He knows that I’ve been sceptical about lockdowns and is aware that I’ve declined the offer of any Covid vaccination.

“Mark, I’ve just found out that the pharmaceutical companies producing the Covid vaccines have immunity from prosecution,” he said.

He’s a fairly bright, elderly chap who has criticised the way the Welsh Government has handled the Covid situation and every now again he likes to get things off his chest by letting me know how he feels. I was saddened to learn of his ignorance but not surprised.

He is not alone and, after responding that I had known about the indemnity for some time, he continued angrily, “Anyway, I’ve had my third booster and I’m not having any more!”

I’ve been distracted recently from the issues of the last two and a half years by the World Athletics Championships but found it difficult to switch off from my friend’s comments.

I believe a critical contract was entered into between the public and three main bodies: the Government, healthcare professionals and the MSM. This contract is live and running. The contract is critical because it involves our public health.

In a previous article I explained the importance of informed consent and why I have no doubt that the principles of good clinical practice were abandoned in the name of Covid. Here I want to explore whether the public has been deceived into consenting to Covid policy through a serious breech of contract.

The BBC’s coverage of the World Athletics Championships was excellent. Credit where it is due. The experts commentating and reporting on events really are experts. Most of them have had first hand experience of training and competing at the highest level and have even won World, Olympic and Commonwealth medals and world records. They all seem pretty down-to-earth and I trust them to report accurately. It seems in complete contrast to the so-called ‘experts’ who managed the pandemic. They had never experienced living in any sort of lockdown, had never previously been brow-beaten into accepting a novel emergency vaccine and had never been made to wear masks in social settings. The BBC’s commentators didn’t need to provide models of expected outcomes because the viewers were going to see how things would pan out come rain or shine. The reality and purity of the sports events in a rigorously drug-tested competition was a case of what you see is what you get. Yet, in the case of the Covid experts, what you saw were delusions of grandeur. How can experts have no experience of what they are supposed to be experts about, especially when, unlike the sports commentators, they have the power to radically change people’s lives? Shouldn’t that responsibility and lack of practical knowledge make them (principally SAGE and the JCVI) extremely humble and cautious and willing to explore all options and seek second opinions? Did they warn the Government that their proposed solutions to deal with Covid were experimental in nature, weren’t based on a proper cost/benefit analysis and could potentially be disastrous? Did the Government, the healthcare professionals and the MSM break a critical contract with the public in implementing the resulting policy?

For any contract to be valid certain elements are necessary. For example, there must be an offer or exchange of promises; the mental capacity to understand the terms; and acceptance of the offer and an agreement to abide by the terms and conditions. Some examples of contract relating to these three bodies are as follows:

1. The Government’s pledge as stated here: “We pledge to ensure that:

•people who are furthest behind, who have the least opportunity and who are the most excluded will be prioritised

•every person counts and will be counted.”

2. The healthcare professionals’ pledge as stated here: “In relation to consent the GMC guidance reminds doctors that any decisions regarding treatment should be made in partnership with the patient and that such a partnership should be based on openness, trust and good communication.”

3. The BBC Royal Charter: “To act in the public interest, serving all audiences through the promise of impartial, high quality and distinctive output and services which inform, educate and entertain.”

Taking each in turn, let me give a few examples of contract breaches:

with regards to the Government promise, the people who were furthest behind, who had the least opportunity and were the most excluded were definitely not prioritised. These were the hospitalised elderly discharged at the beginning of the pandemic and the young whose educational development, future health and wealth has likely been compromised. They also include the less well-off who stand to lose the most from the £400 billion wasted on Covid and the resulting inflationary consequences;

with regards to the healthcare profession pledge, the law surrounding consent only recently shifted after the judgement in the 2015 case of Montgomery and Lanarkshire which redefined and modernised the standard of informed consent by introducing the general duty to attempt the disclosure of risks. It established that the relationship between the doctor and the patient was not one of medical paternalism and professional medical opinion. It is a legal requirement for a patient to give informed consent before any treatment can go ahead – without valid consent the treatment could be considered assault or battery. The key issue with Covid is that the risk varies significantly with the age and general health of each individual. Each case should have been treated on its own merits and each individual risk should have been accurately assessed and assiduously and conscientiously disclosed. So, for example, the latest data from Iceland show a healthy child’s risk of death from Covid is virtually zero and that same child’s risk of suffering severe symptoms is practically non-existent (0.06%);

with regards to the MSM, I wish to focus on the BBC as it is the nation’s public broadcaster. We must pay a fee to watch and listen to it and its Charter proclaims its commitment to “impartial output and services to inform, educate and entertain”. I will concede that it may have fulfilled an obligation to entertain, but it also merits scathing criticism because so much information that ought to have been loudly broadcast to provide the ‘informed’ part of consent with respect to the Covid vaccinations was not aired. In this regard, it could be argued that the BBC has been, at best, negligent or, at worst, complicit in a scandal. To make such an accusation I have to provide clear examples. There are only so many examples I have the space to list but we now have the benefit of many months of data collected as evidence since Covid began and for which the BBC should have even less excuse to hide. So here are a handful:

1. that ONS data suggest Covid vaccines give very little protection against death and this data correlates with similar studies in Canada and the Netherlands;

2. That excess deaths are currently significantly higher than normal and these excess deaths appear to have occurred at the same time as the vaccine roll-outs and that the Government is currently refusing to carry out an investigation into this;

3. That a number of cardiac specialists and scientists worldwide have raised serious concerns about the effect of the vaccine on the heart;

4. That false (very low) figures were given for the percentage of the unvaccinated U.K. population in the BBC’s recent documentary Unvaccinated and the participants claim they were misled into taking part and many of their rational arguments and concerns relating to the vaccination programme were left on the cutting room floor by the producers;

5. That Vicky Spit (the bereaved widow of the first vaccine victim to be officially acknowledged and awarded compensation) had her FOI request to disclose information relating to the Government agreement (providing indemnity from liabilty and prosecution) with AstraZeneca rejected; the question put to the Department of Business was “What would make the indemnity granted to AstraZeneca void?”;

6. That, despite the FDA repeatedly promising “full transparency,” and reaffirming its “commitment to transparency” just prior to the vaccine roll-out, they later attempted to block the release of documents relating to the licensing of the Pfizer vaccine for 75 years; that a U.S. federal court rejected this and ordered the immediate release of this information;

7. That witnesses have revealed that Pfizer falsified data, unblinded patients, employed inadequately trained vaccinators and was slow to follow up on adverse events; that the forced trial disclosures have revealed concerns of fraud and worrying discrepancies and deficiencies that severely undermine Pfizer‘s early claims that the vaccine is safe and effective;

8. That the risks of Covid to healthy children are extremely small and less than the risk from flu.

In my opinion none of the above examples have been given anywhere near enough attention by the BBC, if any. This shows that the BBC is not impartial and that it is failing to inform and educate as promised. Where is Ofcom here with regards to integrity and credibility? I would like to see its defence of the BBC in response to these questions, or a BBC ‘Fact Check’ of them…if it dares!

I’ve written this article to demonstrate that agreements with professional bodies have been made with the public since the pandemic began and the public has been deceived. In a fair and just democratic society this shouldn’t happen. Shouldn’t the judicial system step in to protect the public here? In a concerning development, the High Court recently rejected a judicial review of children’s Covid vaccination. This appears to disregard the public protection gained through Montgomery and, as Stephen Jackson, the author of the above article, put it: “By this decision the court has finally and fully stepped aside from protecting U.K. citizens. It has abandoned all restraints on the power of the Government when wielded in the name of Covid or any other pandemic that may be declared.”

In the eyes of the Government, the healthcare profession, the media and – now – the judiciary are we – the public – valued citizens or simply their Muppets?