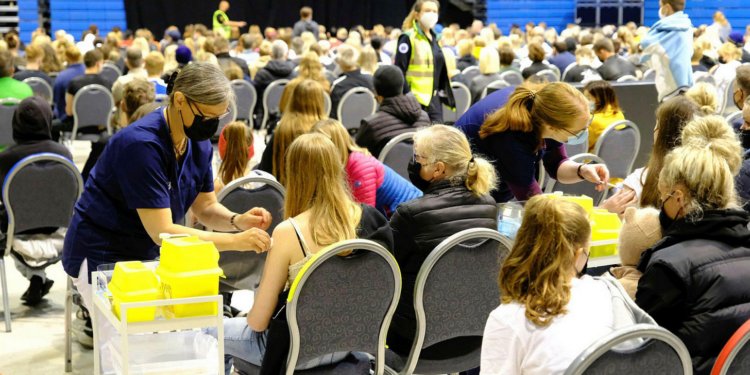 According to Icelandic online newspaper Fréttin, the Icelandic Medicines Agency has received 107 reports of side-effects of Covid vaccines in children, of which 11 are classified as serious.

A serious adverse effect is defined as an effect of a drug that leads to death, a life-threatening condition, hospitalisation or prolongation of hospitalisation or that causes disability or birth defects in humans. Also, reports that are considered clinically important are classified as serious.

The rate of reported versus experienced adverse effects, as well as the ratio of reported effects that actually are proven to be vaccine-induced, remain unclear, but according to estimates the reporting rate of adverse effects is quite low.

Fréttin has interviewed a number of people who have been seriously injured after Covid vaccinations and in none of those cases did doctors or health authorities report the events, though in some cases the patients themselves did.

What might then be the actual number and incidence rate of experienced serious adverse effects from COVID-19 vaccines experienced by Icelandic children?

In the five to 11 age-group, 19,083 children have been injected. No serious adverse effects have been reported in that group. A possible explanation might be that fewer children in this group have received two injections and the vaccine dose for this age was smaller.

In the 16-17 age-group, Fréttin reporters assume that 80% have been vaccinated (this age-group is included in the 16-29 group, which has a 90% vaccination rate). Seven serious cases have been reported. Assuming a 1% reporting rate, this means 700 serious events, one in every 11 children. Assuming a 10% reporting rate we have 70 cases of serious adverse effects, one in every 105 children.

It is interesting in this context to look at the findings from a recent Icelandic study, SARS-CoV-2 Infections in Icelandic Children, published in the Pediatric Infectious Disease Journal. The study period is February 28th 2020 to August 31st 2021.

The researchers followed the outcomes of all children diagnosed with COVID-19 during the study period. They found that infections in schools were rare, no child was hospitalised with COVID-19 and none had severe symptoms. This study is in line with the results of a large Swedish study conducted in 2020 on nearly two million children.

Interestingly, two of the study authors took an active part in pushing for child vaccination early this year, despite their own findings.

As reports of adverse effects are not investigated to determine causation, it is hard to determine what percentage of experienced adverse effects are actually caused by the vaccines. But the number of reports, coupled with the estimated reporting rate, compared with an expected rate of serious adverse effects from flu vaccines of one to two per million, indicates that the incidence is very high in comparison. Even if no underreporting is assumed, it is still a staggering 268 per million. This is similar to recent German figures.

Considering the aforementioned study which found serious complications from COVID-19 in children to be practically non-existent, this raises serious doubts about the continued push for child-vaccination.