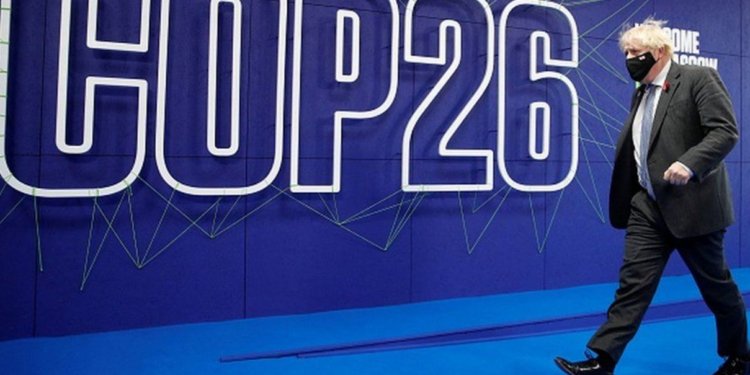 According to the Extinction Rebellion (XR) website we are in the midst of a climate emergency and unless immediate action is taken to achieve Net Zero then we face a climate catastrophe. What is the basis for such apocalyptic predictions? Certainly most people’s lived experience is that the climate has not changed much. In the U.K. the winters are still dark and cold and the summers lighter and warmer. The data support this impression: since the Industrial Revolution, the temperature of the Earth has risen by less than a degree. In fact, XR’s predictions of doom and gloom are based on the results from scientific modelling of the Earth’s climate. But can we really expect the people of the world to change their way of life because of the predictions of a small number of scientists and their models?

During the pandemic, scientific modelling predicted that deaths from Covid would be astronomical unless we went into lockdown. Our Government, and many others throughout the world, ‘followed the Science’ and the subsequent lockdowns caused, and are still causing, immense suffering. However, some countries did not impose lockdowns and so we now have actual data to judge the accuracy of the modelling. In Europe we can compare excess deaths in Sweden, which did not impose a lockdown, with excess deaths in other European countries, which did impose lockdowns. The excess deaths in Sweden are similar to these other countries. We see the same pattern in the USA where some states locked down and some didn’t. Again, the excess deaths are similar in both groups. In other words the predictions of the scientists and their models that there would be astronomical numbers of deaths if lockdowns were not imposed were wrong. The number of deaths was more or less the same whether lockdowns were imposed or not.

If scientists and their models cannot be trusted to predict the spread of a virus a few weeks ahead, then how can they be trusted with a far more complex problem, to predict the evolution of the Earth’s climate a few decades ahead?

Unfortunately Boris Johnson, having ‘followed the Science’ down the wrong turning of lockdown, was undaunted and proceeded to ‘follow the science’ down the wrong turning of Net Zero zealotry. He committed the U.K. to a rushed and half-baked Net Zero programme. In the U.K. we have already replaced all our coal-fired power stations with renewables, a move which may be considered reasonable. But he committed us to replacing all our gas-fired power stations with renewables such that by 2030 nearly all our energy generation will be from renewables. This is madness. Renewables are unreliable: sometimes the sun doesn’t shine and the wind doesn’t blow. To depend so heavily on renewables means that either we will suffer widespread power cuts or our electricity bills will increase to pay for costly back-up measures.

Electric car sales in the U.K. are already increasing but by 2030 Boris Johnson proposed a total ban on the sale of new petrol and diesel cars. This will cause hardship. Typically, electric cars cost considerably more than petrol or diesel cars and will be difficult for some people to afford. Whilst their running costs are lower the average motorist will never recoup the extra purchase cost. Also, the long charge times make electric cars inconvenient for some people. Fine if you do low mileage or have your own driveway, so the car can be charged overnight. But what about people who do high mileage or live in blocks of flats? Other major countries are not proposing bans on the sale of new petrol and diesel cars until much later: 2035 in the case of China, Germany, Italy, Japan and the USA; 2040 in the case of France and Spain; and not at all in the case of India.

Even if the U.K. were to achieve these ambitious Net Zero targets there would be little impact on Global Warming because countries with far bigger carbon footprints are moving much more slowly. The U.K. only produces 1% of the world’s CO2 emissions, China produces nearly 30% and is not intending to make any reduction in CO2 emissions this decade. More generally, the developing world produces 63% of the world’s CO2 emissions and the leaders of most of the countries in the developing world have been clear that achieving Net Zero is low on their list of priorities. Their primary goal, quite understandably, is to improve the living standards of their people, their housing, healthcare and education.

Realistically, the world will make more progress in reducing CO2 emissions if green technologies improve. If green technologies were to cost less than their fossil fuel equivalents and perform better then Net Zero would happen naturally and quickly. There are some promising new technologies, for example the development of smaller and cheaper nuclear reactors and possibly power stations fuelled by ‘green hydrogen’.

Let us hope the next Prime Minister will abandon the Net Zero zealotry of his or her predecessor and instead adopt a more balanced policy. Firstly, be mindful of the limits of scientists and their models. The models may accurately predict the direction of travel – the more CO2 emitted the more the Earth will warm – but the magnitude of any temperature rise is highly uncertain. Secondly, remember that there are two words in ‘global warming’ and the first is ‘global’. So the U.K. should not reduce its CO2 emissions at a pace faster than other countries, particularly those that are major emitters.