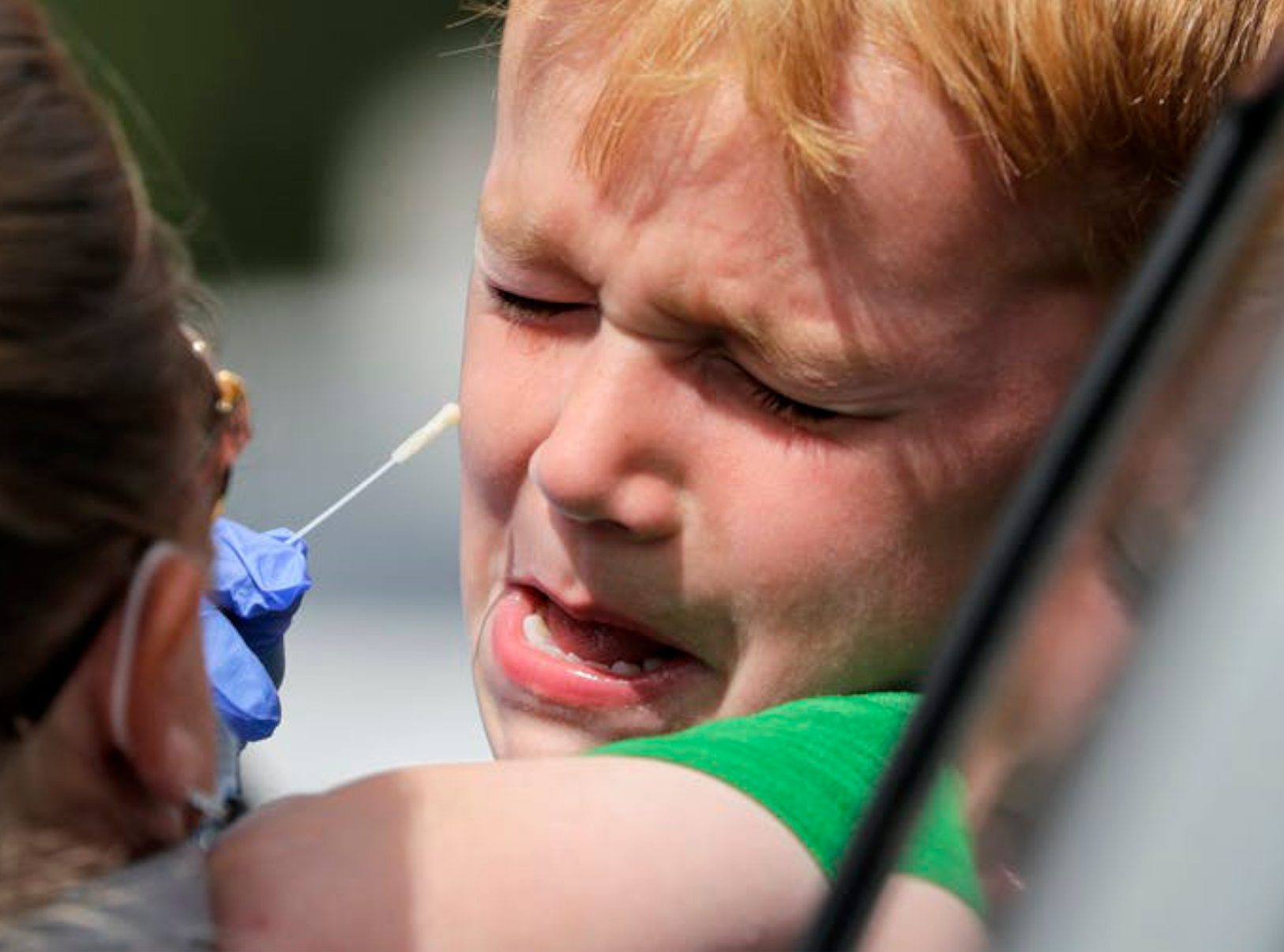 Hundreds of Britons reported injuries from getting tested for Covid, official data show. MailOnline has the story.

Dozens say they’ve fainted or choked while swabbing, while others have complained about nose bleeds and hot flashes. Drug regulators tasked with policing the safety of virus tests have logged over 3,000 reports of harm throughout the pandemic.

The figures, obtained by MailOnline through a Freedom of Information (FOI) request, are only a “snapshot”, however. Thousands more people will have hurt themselves while using lateral flows or taking swabs because not everyone reports their experiences, experts say. And the Medicines and Healthcare products Regulatory Agency, the body in charge of safety monitoring, also insist the swabs won’t have definitely been to blame in the few cases that have been logged.

In a similar fashion to how side effects from the Covid vaccines are tracked, officials ask everyone to record any incidents that occur from getting tested. The MHRA encourages people to report any safety concerns with the tests and give feedback, such as if it is damaged or components are missing. It then investigates any serious problems and logs them, to prevent similar incidents in the future.

More than 500million tests have been conducted in the U.K. since the start of the Covid pandemic, with the now-axed scheme costing up to £2bn per month at the height of the Omicron wave.

At least 3,443 complaints were logged about Covid tests by April 7th, according to the MHRA data. Of these, 1,013 complaints were logged about lateral flow swabs. At least 177 said they suffered “minor” harm when using the tests, while between 39 and 69 reported “serious” harm. Uncertainty around the figures – collected monthly – are due to the watchdog not providing exact numbers when fewer than five people report a specific type of incident.

The vast majority of complaints did not give sufficient information about the harms caused by tests. But allergic reactions to components of the test and choking were the most common incidents reported.  Britons also complained of headaches, a bleeding nose, respiratory tract infections, sore throats, hot flushes, skin inflammation and swelling. Between one and four deaths were logged.

The MHRA said the reporting of an adverse testing incident in its database “does not necessarily mean the events described were caused by that medical device”. The agency added that it “could be due to unrelated patient/user factors”.

A spokesperson said: “The information we hold on our database is not a full picture of all the device-related incidents that happened during this period, it is just a snapshot. It’s not compulsory for healthcare professionals and members of the public to report incidents directly to MHRA, but we strongly encourage this.”

Meanwhile, 2,430 people made a complaint to the watchdog after taking a PCR test. Of these reports, at least 261 logged minor harms, while 78 reported serious harm. The harms reported included allergic reactions, choking and nose bleeding. Britons also said they suffered sore throats, loss of consciousness and “emotional changes” after taking PCR tests. A handful of cases of asthma, chronic obstructive pulmonary disease – a lung condition that causes breathing difficulties – and joint dislocation were also logged with the MHRA, along with sneezing and vomiting. And between three and 12 deaths were reported to the MHRA that members of the public linked with PCR tests.

Highlights From the Twitterati Meltdown Over Musk Takeover Bid