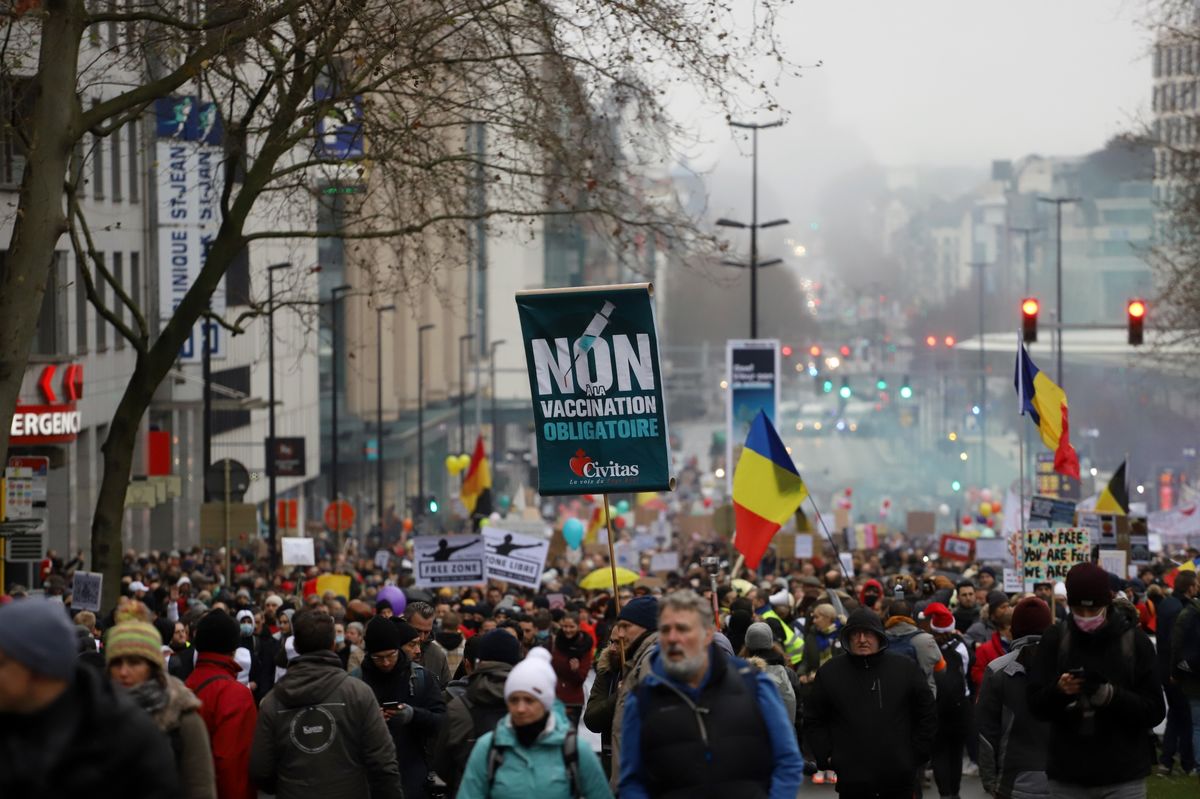 One thing the pandemic has made abundantly clear is that left-wing media values ‘public health’ (i.e., safetyism) more than civil liberties. Here in Britain, the Guardian editorialised in favour of both the first and second lockdowns, claiming that citizens are “willing to cede their liberties” once the state “takes responsibility”.

However, that newspaper appears to be in denial about its actual priorities. Back in December, it published an article with the rather strange title “Eastern European countries adopting authoritarian measures in face of Covid”.

Why strange? Well, a more accurate title – you’d have thought – would be: ‘Countries adopting authoritarian measures in face of Covid’ (not just Eastern European ones). The article goes on to claim that five of 18 countries in Eastern Europe have seen “major violations” of democratic freedoms, compared to none in Western Europe.

That seems odd. Didn’t every Western European country other than Sweden have a lockdown that involved forced closures of schools and businesses, and in some cases mandatory stay-at-home orders too? They may have done, but lockdowns apparently don’t count as “democratic violations”.

The Guardian included a map showing the distribution of “democratic violations” across Europe (see below). It features the truly remarkable statement: “Belgium was the only western country where people’s freedoms were moderately violated.”

And note that, according to the map, democratic freedoms were violated more in Sweden than in Austria – which had two protracted lockdowns with months of stay-at-home orders, and even considered mandatory vaccination.

In case you’re wondering what Belgium did to earn its status as the “the only western country where people’s freedoms were moderately violated”, we’re told that it “recorded ethnic profiling during the pandemic… with abusive police practices disproportionately affecting minority ethnic communities”.

The data on which the Guardian’s pronouncements were based come from the V-Dem Institute’s “Pandemic Backsliding Project”. They were compiled by a team of researchers who coded “official government sources, academic databases, trusted inter-governmental, state or independent organisations and trusted media outlets”.

And while those researchers may have done their coding in a systematic way, any attempt to quantify “violations of democratic freedoms” that ignores lockdown itself ought to be treated with suspicion. After all, there’s a good argument to be made that lockdown was illegal – both here and elsewhere.

As the estimable Lord Sumption has noted: “Liberal democracy breaks down when frightened majorities demand mass coercion of their fellow citizens.”

Covid Travel Restrictions Expected to be Axed in Days