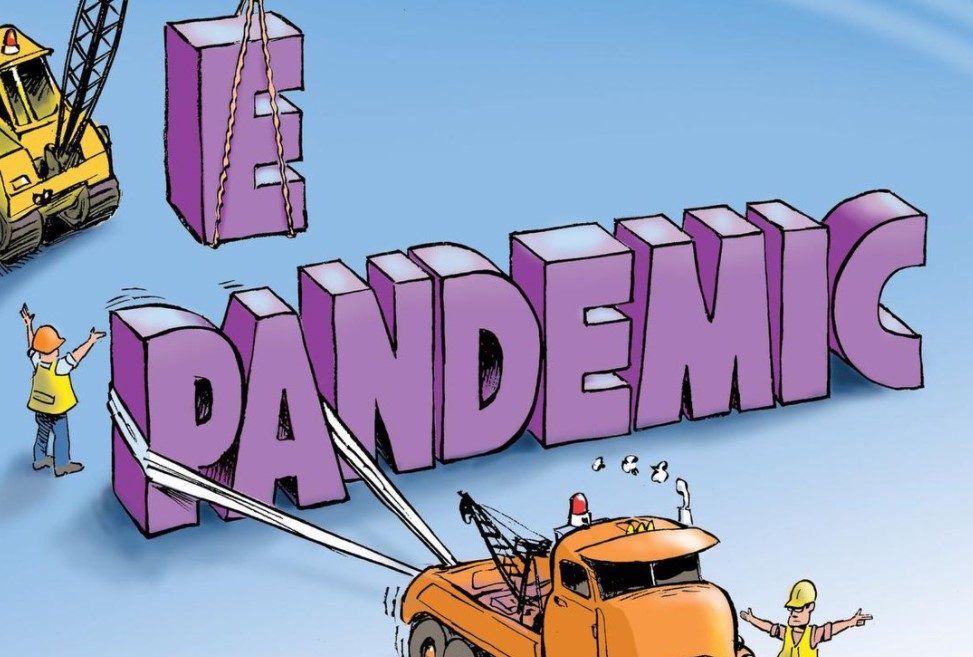 Uh-oh, now they’re trying to redefine the word ‘endemic’ in a way that moves the end of the emergency even further away.

Paul Nuki, of the Telegraph‘s Gates-funded Global Health Security team, has written a piece pushing this agenda (though to be fair to Bill Gates himself, last week he said Covid is now becoming like flu, an endemic disease). Here are some excerpts, with my comments interpolated in boldface.

Christina Pagel, a Professor of Operational Research at University College London, notes that “a virus isn’t endemic just because a Government minister says it is and just because people want it to be”. [Note that Prof. Pagel is a mathematician with no medical training.]

“The current pattern of waning vaccination, new immune evasive variants, and minimal public health response seem set to doom us to massive surges once or twice a year”, she tweeted last week. [A seasonal respiratory virus then.]

Dr Helen Salisbury, a senior GP and Oxford academic, added that people may regret talking about Covid becoming endemic as a good thing. “TB and smallpox were once endemic in the UK – it doesn’t mean mild, it just means widespread”, she warned. [But Covid, and particularly Omicron, is mild.]

So what does it really mean for a disease to become endemic and where do we stand as regards SARS-CoV-2?

Francois Balloux, a professor of computational biology at University College London, was one of the first to talk about Covid becoming an endemic disease and says, “in retrospect, we epidemiologists should have come up with a tighter definition”.

He says the common dictionary definition of the word – a disease regularly found among people in a particular area – is misleading. For epidemiologists, the term is more technical and relates to a virus’s reproduction value settling at around one.

“Essentially it means that things are kept in check up to a point by the immunity in the population”, says Prof Balloux. “There is a stability and a predictability to an endemic pathogen but the complication is that they can still go up and down”. [So is it stable and predictable or not?]

Influenza is a good example. Its seasonal waves are largely predictable and kept in check through a mixture of natural immunity, vaccines and behaviour change. [Flu being endemic and ‘kept in check’ has nothing to do with vaccines or behaviour change. Vaccines probably reduce the death toll but it was endemic and ‘kept in check’ before vaccines came along. And what has behaviour change got to do with anything – when did anyone change their behaviour during a winter flu wave, besides possibly staying at home when unwell?]. There are good years in which it kills very few and bad years where it can dangerously stretch health services. …

Adam Kucharski, an Associate Professor at the London School of Hygiene and Tropical Medicine, thinks it may take longer for things to become predictable.

“I suspect we’ve still got a period of uncertainty before we can predict the coming years with any confidence”, he told the Telegraph. “Covid evolution might pause in an Omicron-shaped corner for a while, or Omicron might give rise to another variant, much like we’d see for seasonal coronaviruses and flu, or we could see another evolutionary surprise”. [When did evolutionary predictability become a condition of being endemic? Flu is not predictable, which is one reason the vaccines are hit and miss. Indeed, Dr. Kucharski admits the endemic coronaviruses and flu virus themselves give rise to new variants, so why should this exclude SARS-CoV-2 from being endemic?]

For now, Omicron cases appear to be plateauing in parts of the U.K. On Saturday, Dr Susan Hopkins, the UK Health Security Agency chief medical adviser, said the number of infections were flat in London and the South East and rising only slowly now in the North. [Plateauing? Rising? Plummeting more like, including in the North. This is a flat-out inaccurate description of the current state of the outbreak.]

“All of that means we are seeing a slowdown in the number of admissions to hospital but they are slowing down rather than reversing”, she said. [The number of Covid patients in hospital and ICU has been declining for some days now – anyone can see this on the Government Covid dashboard.]

With hospitalisations still running at over 2,000 a day and most regular NHS business still on hold, Dr Hopkins will be hoping SARS-CoV-2 becomes endemic in the UK at a somewhat lower level than it is today. [We’re at the peak of the winter wave of a seasonal respiratory virus, what a ridiculous thing to say; of course it will not remain endemic at this level.]

Otherwise, as the US Centers for Disease Control suggests, we may be needing yet another new word. “Hyperendemic refers to persistent, high levels of disease occurrence”, it notes. [Well yes, if a virus was to persist at its winter peak level throughout the year that could be a problem. But it doesn’t, so we don’t need a new scary-sounding term to refer to it, thank you very much.]

There’s no need to over-complicate this. Flu is endemic. By endemic we mean like flu, so we can go back to normal. Covid is now like flu. Next topic.

Not worth reading in full.