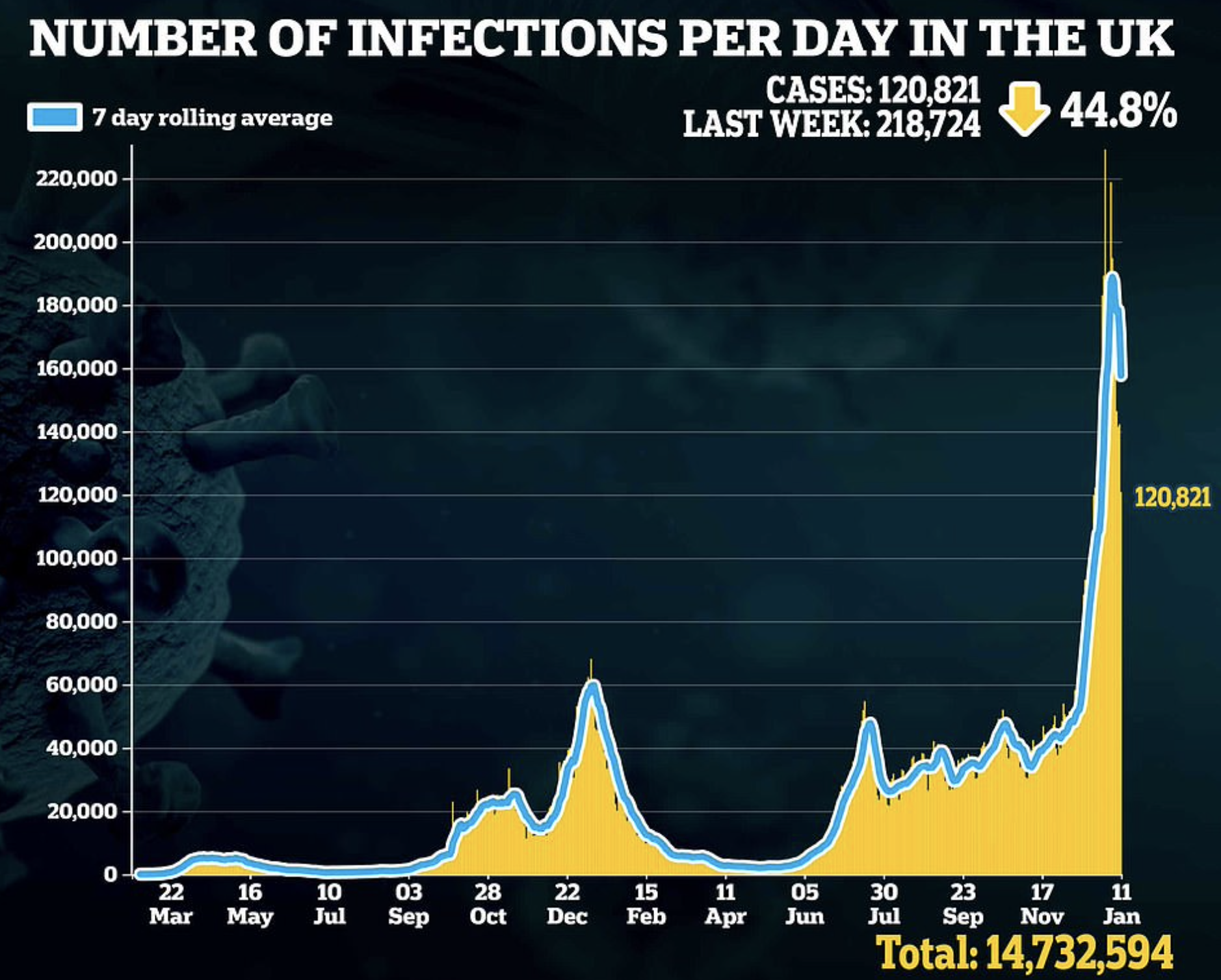 Daily Covid cases fell by nearly 45% in a week today in the biggest drop since Omicron took off — and an expert claimed the U.K. would be the first country in the northern hemisphere to tame the pandemic. MailOnline has more.

There were 120,821 new positive tests logged across the country over the past 24 hours, according to Government dashboard data, down from the pandemic high of 218,000 last Tuesday. It marks the sixth day in a row infections have fallen week-on-week and strongly suggests the fourth wave is subsiding in little over a month.

There is now growing optimism the U.K.’s outbreak will follow a similar trajectory to South Africa’s, where the virus has almost completely fizzled out after becoming the Omicron epicentre in November. …

There are growing calls for No 10 to learn to live with Covid rather than focus on halting the spread of the virus now there is such a big disconnect between infections and deaths. Final restrictions could start to be lifted this month, it was claimed today.

The promising statistics came as Professor David Heymann, an epidemiologist from the London School of Hygiene and Tropical Medicine (LSHTM), suggested the U.K. was on the brink of beating the pandemic.

He told an online briefing: “In general, now, the countries we know best in the northern hemisphere have varying stages of the pandemic. And probably, in the U.K., it’s the closest to any country of being out of the pandemic if it isn’t already out of the pandemic and having the disease as endemic as the other four coronaviruses.”