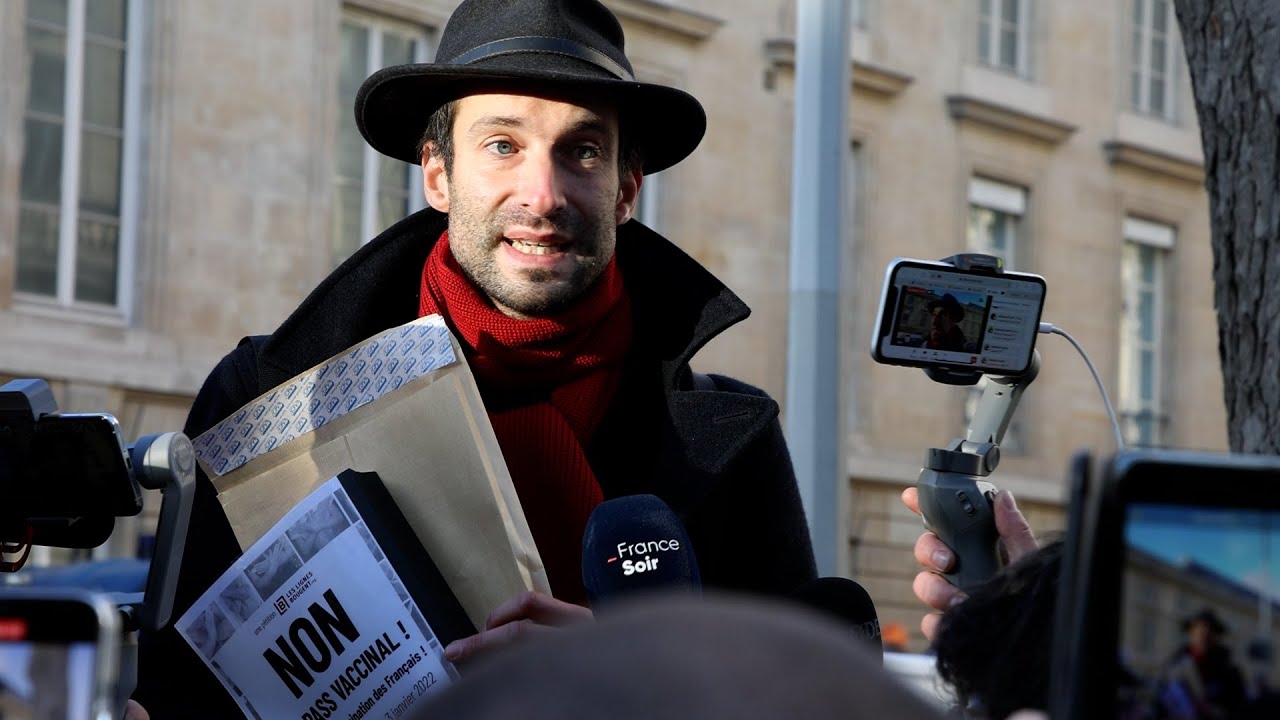 A petition signed by more than 1.2 million people, including doctors, nurses and vaccinated citizens, protesting against vaccine passports has been delivered to the National Assembly in France. A Daily Sceptic reader sent us this description:

Mr. Rodolphe Bacquet has been running a campaign protesting against the French vaccine pass. He has created a website campaign with information videos etc. and has recently appeared in a debate on a French TV news channel. This last week, he has handed a petition with just over an incredible 1.2 million signatures to the National Assembly and the Senate of the French Government. Triple-jabbed members of the French public and doctors and nurses are amongst the signatories.

Click here to watch a video of the petition being delivered and find a translated transcript below.

Martine Wonner, Deputy from Bas-Rhin (region) speaking at the Assembly on January 3rd 2022 – “This vaccine passport, tool of stigmatisation and apartheid. The French are against it and signified this in a petition that has reached more than 1.2 million signatures.”

Rodolphe Bacquet – “I am on my way to the Senate to deliver by hand to a ‘Senatrice’, the petition against the vaccine pass. Hello Madame, thank you for your time.”

Senatrice – “You are welcome, you are courageous, I think that all the French and all opinions must all be represented and it is our role to listen to everyone.”

RB – “These are the names of 1.2 million French people, these are all the signatures from last Monday, since then there has been more signatures.”

Senatrice – “Yes you are right, there are a lot of citizens like yourself and it is difficult to be heard.”

RB then enters the building and hands over a petition.

RB – “We have passed 1.2 million signatures in only 10 days, if you open the document to the first page, there’s a text addressed to our ‘elected ‘ asking them solemnly to take into account the interest of their citizens. These people write to me that they are double, triple jabbed so that they are not anti-vaxx.

Woman responds – “It goes beyond the division of vaxx and non-vaxx.”

RB – “Exactly, some media tried to reduce this petition to an anti-vaxx one but this is not it. We attack the vaccine pass.”

RB addresses a crowd – “Hello thank you, [people applaud and thank him] I would like to remind our Deputies that they are not only at the ‘service’ of a political party or general politics. This is not about politics anymore today, it is about our imminent future. We are not illegal by refusing to get vaccinated, we are within our legal rights to make a medical choice and it is this free ‘consent ‘ that we absolutely must preserve and defend in front of the National Assembly.”

RB addresses a man (Deputy Nicolas DuPont-Aignan) – “Can I give you a copy and let you give it to whom it may concern.”

Deputy Dupont – “Would you allow me to present it when I talk… [meaning unclear].”

RB – “Yes of course, and I hope that the Parliament which is the Senate and the National Assembly will open their eyes to the anti-constitutionality of this new law and the social danger that this new law represents and will stop it, and failing that then it will be up to the ‘Conseil Constitutional ‘ to take its responsibility.”

RB then delivers another copy for the Chief of the Parliamentarians.

Imperial Finally Acknowledges Pre-Existing Immunity to COVID-19. What Took It So Long?