Covid Testing Rules to Be Relaxed to Address Staff Shortages 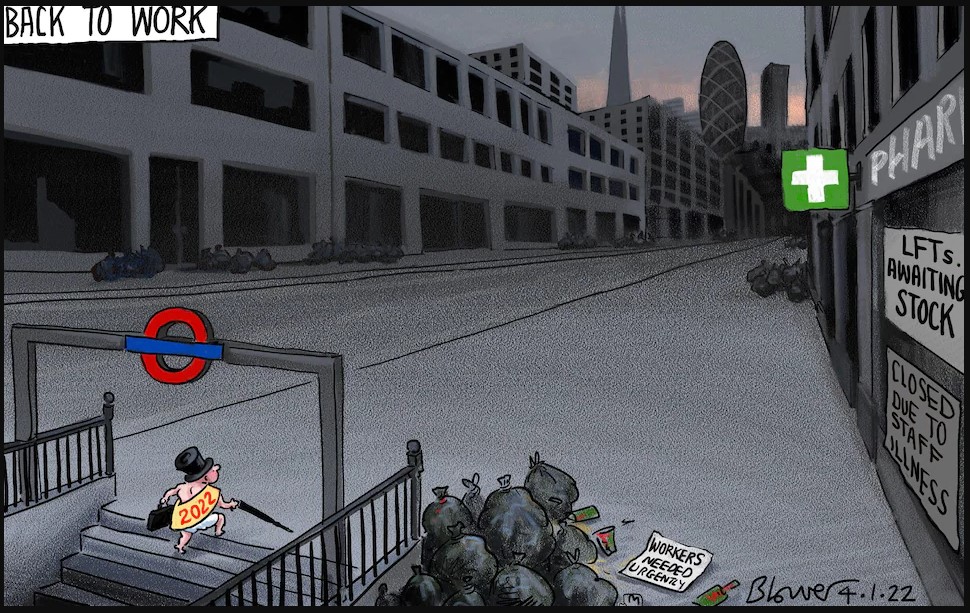 Covid testing rules are to be relaxed as part of efforts to shorten isolation periods and ease staffing shortages, according to the Telegraph.

Fears are growing that staff absences have become as big a problem as Covid itself, with bin collections delayed, trains cancelled and 17 hospitals in Greater Manchester announcing on Tuesday that they would be suspending some non-urgent surgery, with 15% of staff off sick.

Millions of people who test positive on lateral flow devices will be told they do not need to take follow-up PCR tests, which currently delay the official start of isolation for hundreds of thousands.

Health officials have drawn up plans to limit PCR tests to those with Covid symptoms, allowing people who are asymptomatic – around 40% of cases – to return to work more quickly. More than 1.2 million people are isolating after testing positive in the last week, with hundreds of thousands more waiting for tests or results.

The changes, expected on Wednesday, come as more than half a dozen NHS hospital trusts have declared critical incidents. Call handlers at North East Ambulance Service were told in an internal memo to advise heart attack patients to get a lift to hospital, rather than wait for a 999 response.

Meanwhile, offices remained largely empty on the first working day of the new year. Schools said staff shortages in coming days could further damage children’s education, with as many as one in five staff missing at the start of the term.

The question is though, given that the virus is clearly everywhere and none of the measures have succeeded in containing it, why continue with mass testing of the healthy at all?