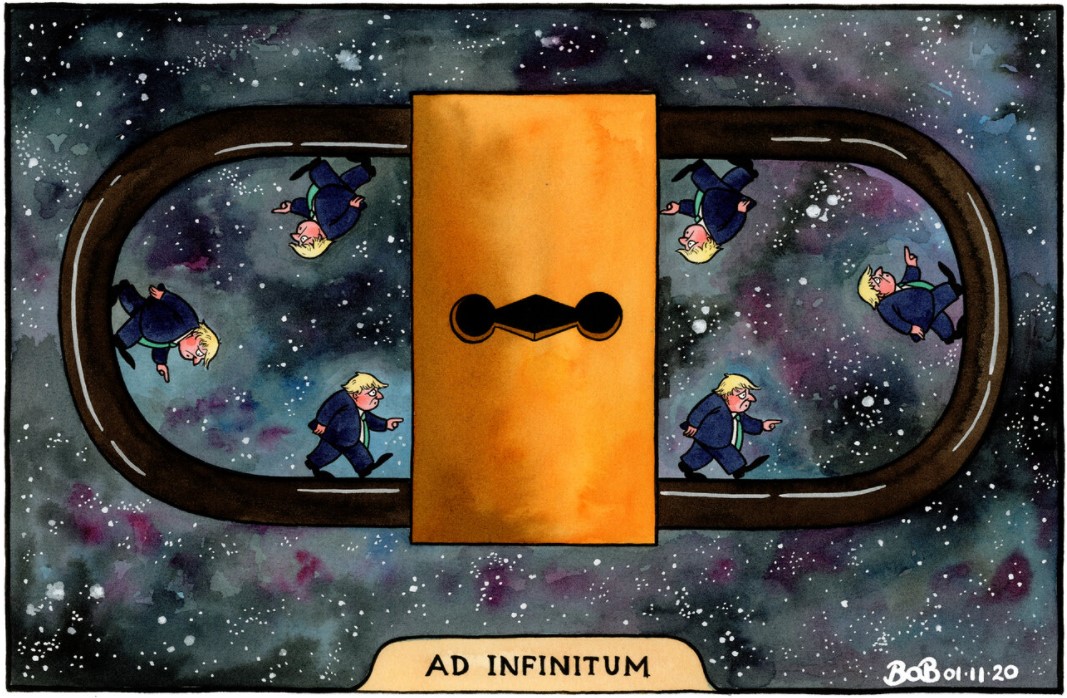 It’s being reported that the Government could announce the introduction of new restrictions including work-from-home guidance and vaccine passports as early as today. The Telegraph has the story:

New work-from-home guidance and vaccine passports could be announced as early as today, according to Government officials, as Cabinet ministers move to counter the omicron spread.

A meeting of the ‘Covid-O’ Cabinet sub-committee is expected to take place today to discuss the measures, with a possible full Cabinet meeting and press conference later.

The timing of the move appears to have been sped up significantly in the past 12 hours, with Government sources implying on Tuesday that no decisions would be taken until next week.

The Telegraph revealed today that the Cabinet discussed bringing in vaccine passports in a meeting on Tuesday, which split members around the table.

Michael Gove, the Communities Secretary, and Nadine Dorries, the Culture Secretary, both spoke out in favour of the move, according to multiple sources familiar with the meeting.

But Grant Shapps, the Transport Secretary, and Alistair Jack, the Scottish Secretary, are critical of the move and are understood to have made comments making that clear.

It is not yet clear when the work-from-home guidance or vaccine passports would come into effect if announced today or how far-reaching they would become.

What happened to lockdown-lifting being irreversible, and relying on the vaccines rather than endless restrictions to ‘save the NHS’?

Depressing stuff. Let’s hope this proves to be a false alarm.

‘Plan B’ Restrictions May Cost £4 Billion Per Month