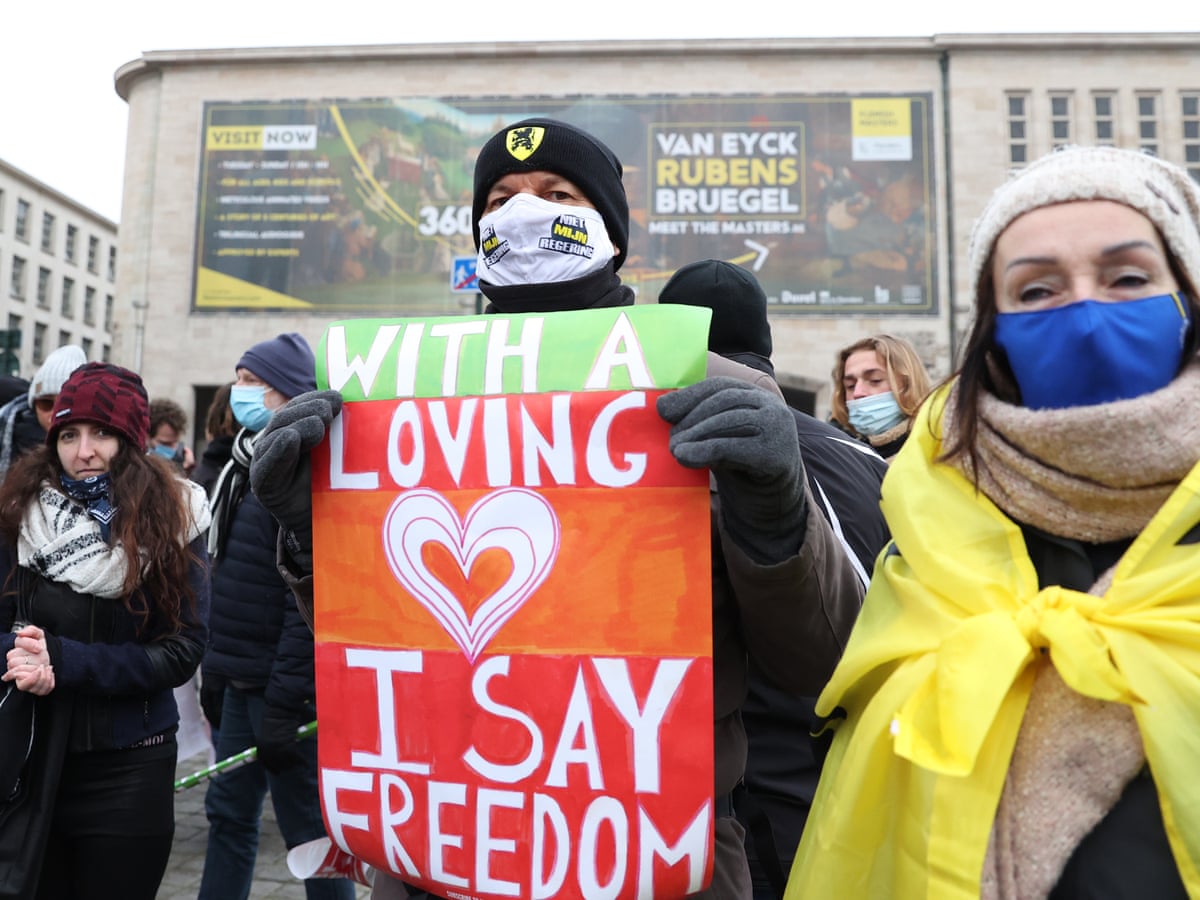 In response to the Belgian Government tightening Covid restrictions last Friday, anti-lockdown protesters marched through the streets of Brussels, the nation’s capital. Belgium has become the latest European country to receive this kind of backlash after imposing new Covid measures, with similar anti-lockdown protests occurring in Austria and the Netherlands only yesterday. MailOnline has the story.

Hordes of protesters marched through the streets towards the headquarters of the European Union, shouting ‘Freedom! Freedom!’ and carrying placards which read ‘everyday fascism’ emblazoned with yellow stars, drawing comparisons with the identification tags Jews were forced to wear in Nazi-occupied Europe.

The Government on Friday introduced fresh Covid restrictions – the third week in a row that rules have been tightened amid the latest surge in cases.

Prime Minister Alexander De Croo announced that nurseries and primary schools will close for the holiday season a week early, and children must now wear masks from the age of 6 years-old. Indoor events will only be allowed with a maximum of 200 people.

Previously, the Government closed nightclubs, and ordered bars and restaurants to shut at 11pm for three weeks.

The main crowd in Sunday’s mostly peaceful march had already dispersed when about 100 protesters ran into a riot police barricade cordoning off access to the European Commission.

After a brief stand-off with police, protesters threw rubbish and other objects, including a bicycle, at police and set off firecrackers and flares.

It comes a day after many cities in Europe saw demonstrations against new restrictions in the run up to Christmas – upwards of 40,000 people held protests in Vienna, Austria, while thousands more piled into the streets of Utrecht in the Netherlands and Frankfurt in Germany.

Austria last month became the first country in Western Europe to reimpose a lockdown, which is set to last 20 days, and said it would make vaccinations mandatory from February.

It comes as governments across Europe warn of the spread of the highly transmissible Omicron variant which has now been registered in several nations including the U.K., Ireland, France, Germany, Belgium, the Netherlands, Austria and Norway…

Meanwhile in Austria, police used pepper spray and made several arrests on Saturday when more than 40,000 people marched through Vienna to protest against a lockdown and plans to make vaccinations compulsory.

Faced with a surge in infections, the government last month made Austria the first country in Western Europe to reimpose a lockdown and said it would make vaccinations mandatory from February.

Decision Whether to Impose Vaccine Passports on Pubs Will Be Made at the “Last Minute”, Says Mark Drakeford