New Study into Why Astra-Zeneca Vaccine Can Cause Blood Clots 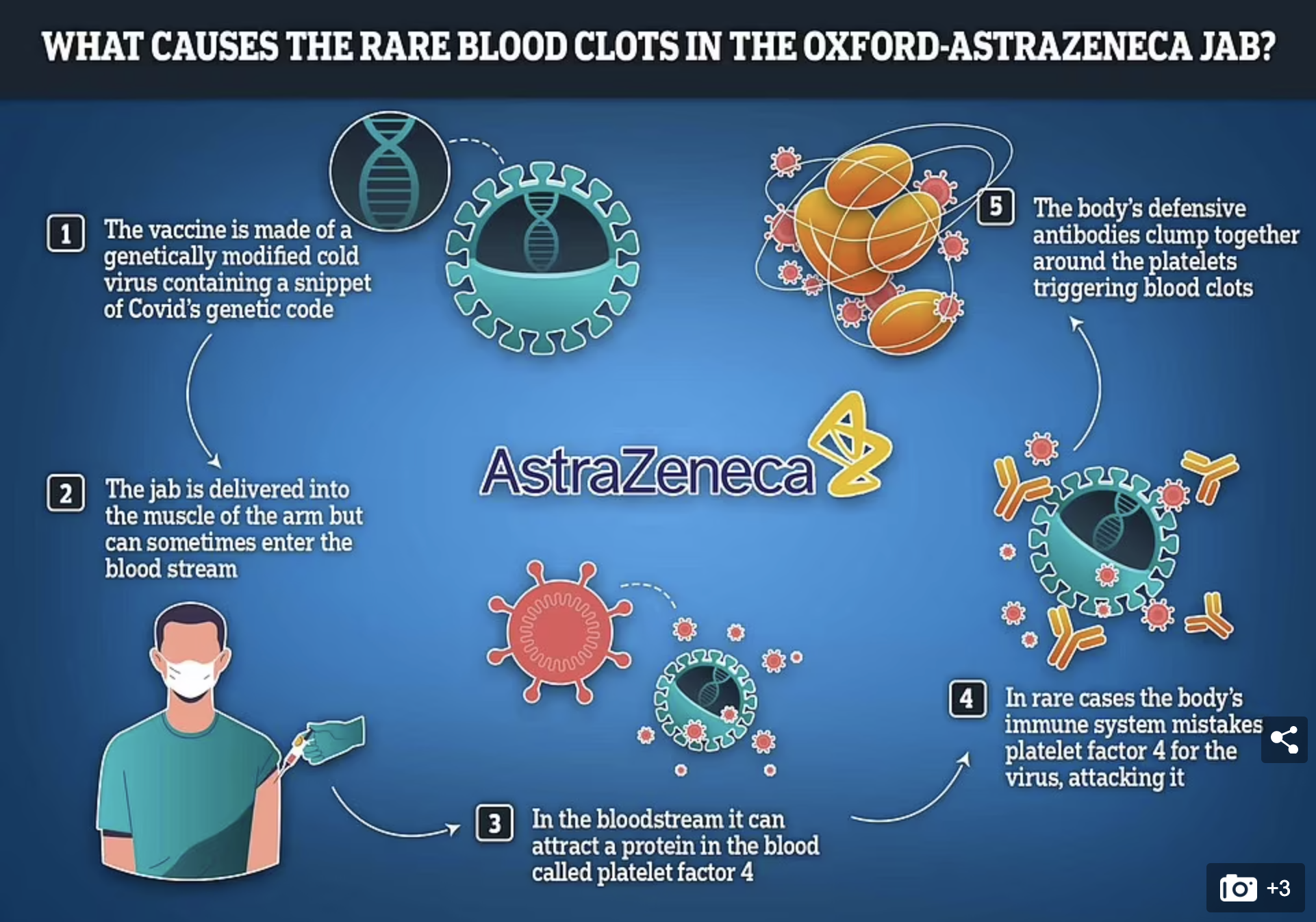 Scientists believe they have solved the mystery behind the extremely rare blood clots caused by the Oxford-AstraZeneca vaccine. MailOnline has more

A team of international experts, involving researchers from AstraZeneca, say that in a very small number of cases – about one in 100,000 in the U.K. – the vaccine can set off a chain reaction which leads to the body confusing its own blood platelets for fragments of virus.

The British-made vaccine is thought to have saved about a million lives from Covid and was the backbone of the U.K.’s initial rollout earlier in the year, helping it to become the most vaccinated country in the West.

But concerns about clots saw its restriction in under-40s in the U.K. in spring and led Pfizer and Moderna’s vaccines being favoured for young adults and as boosters. It was outright banned in many European countries and the US decided not to purchase a single dose.

The U.K. Government gave an emergency grant to a team of scientists led by Cardiff University to investigate the clotting phenomenon.

They found that the shell of the vector vaccine — the weakened cold virus used to teach cells how to neutralise Covid – sometimes acts like a magnet and attracts platelets, a protein found in the blood.

For reasons the scientists are still probing, the body then mistakes these platelets as a threat and produces antibodies to fight them. The combination of the platelets and the antibodies clumping together leads to the formation of dangerous blood clots.

But they stress this is extremely rare, with only 426 cases in the U.K. recorded the cases so far out of about 50million doses of the vaccine, equivalent to less than one in 100,000. The side effect has been linked to 73 deaths in the U.K.

Researchers are now doing further work to learn more about the process that causes these clots and if the vaccine can be tweaked to reduce this risk.

You can read the paper in Science Advances here.

The Scapegoating of the Unvaccinated