NHS Chief Stephen Powis Claims the “Overwhelming Majority” of Covid ICU Patients are Unvaccinated. But Is He Using Out-of-Date Data From July? 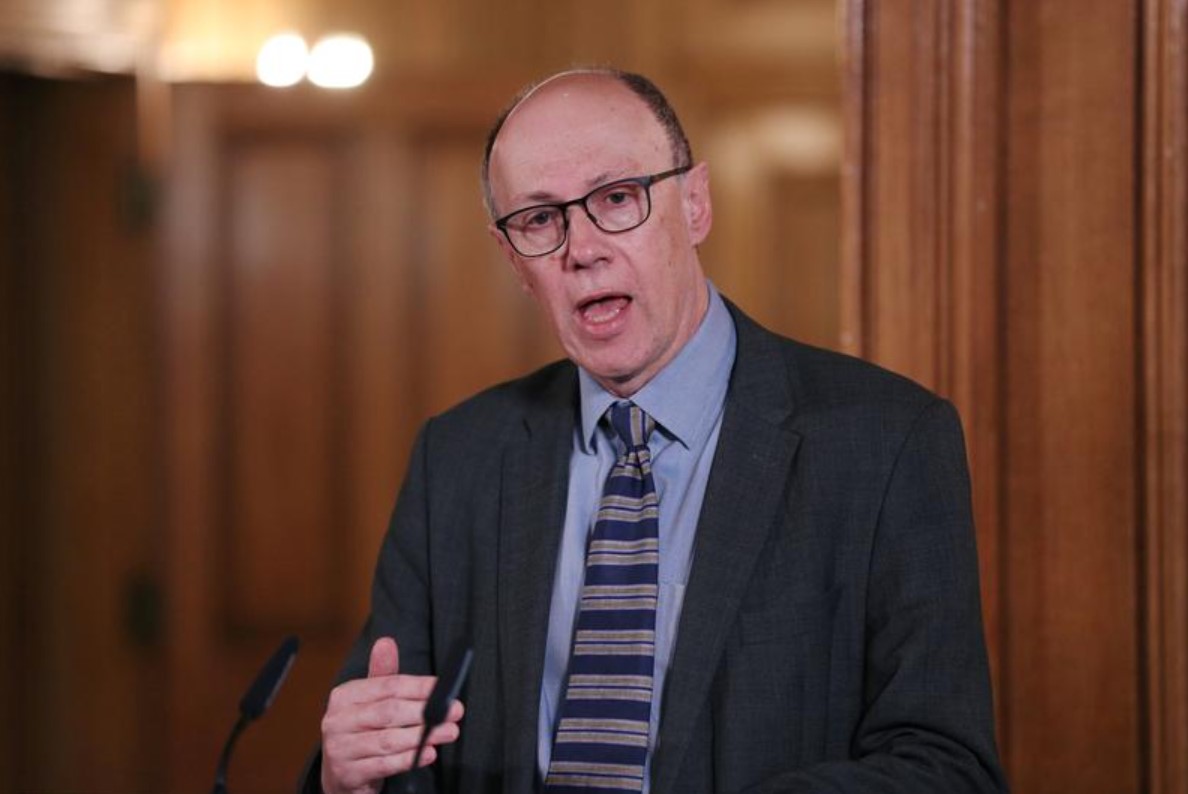 Uh-oh. I’ve been ‘fact-checked’ again. This time by the oracles at a website called ‘Logically‘, which I can only assume was a name chosen ironically. The claim they are ‘fact-checking’ is “COVID-19 vaccines don’t work because most people in U.K. hospitals with the virus are vaccinated”, which is a bad start since it’s not a claim I make in the article in question, or indeed anywhere. In fact, in the article I state that on current data the vaccines appear to “protect people well against severe disease and death”, meaning the ‘fact check’ is aiming at a straw man that bears no relation to the piece.

In the course of supposedly refuting my errors the ‘fact check’ even quotes from “a recent report by the Official [sic] for National Statistics” which claims that “the age-adjusted risk of deaths involving COVID-19 between January and September 2021 was 32 times greater in unvaccinated people than fully vaccinated people”. This is the same ONS report that the U.K. Statistics Authority publicly criticised for being misleading in its use of statistics for making precisely that claim.

Pallavi writes that “the COVID-19 pandemic has given rise to a lot of potentially dangerous misinformation”, and, libellously, refers to the Daily Sceptic as “a website that often propagates COVID-19 misinformation”. Hmm, unlike Logically, which publishes ‘fact checks’ that attack straw men and cite discredited reports.

Meanwhile, the Sunday Times has added its authority to the Guardian‘s unsubstantiated claims about hospitals being deluged with unvaccinated Covid patients. It published an article today stating that intensive care beds are “filled with unvaccinated Covid patients”. The paper quotes Professor Stephen Powis, the National Medical Director of NHS England, saying: “Data shows that the overwhelming majority of people admitted to intensive care with Covid are not fully vaccinated. Since July one in four critical beds have been consistently occupied by a Covid patient, with the latest statistics available showing three quarters of them are unvaccinated.”

What “data” and “latest statistics” is Powis referring to? The Sunday Times article containing his quote doesn’t say, but if you click on the words “overwhelming majority” it takes you to another piece in today’s paper, this one by Dr. Rachel Clarke. The subhead of that article is “Some 75% of those suffocating in intensive care with the coronavirus are unvaccinated” and she repeats this claim in her piece, stating: “Of the Covid patients treated in intensive care in recent months, the majority – nearly 75% according to the latest data – have chosen not to be vaccinated.”

Earlier today, Toby asked Rachel Clarke on Twitter if she could point him towards the “data” she’s referring to and she replied by citing the latest ICNARC report.

Is this the data both she and Professor Powis are referring to or just Dr. Clarke? A similar tweet from Toby to Stephen Powis went unanswered, but it’s not unreasonable to assume they’re both citing the latest ICNARC report, not least because the latest one includes for the first time a breakdown of vaccinated and unvaccinated patients receiving critical care in English NHS hospitals. (Clarke refers to separate NHSE data showing the same thing, but I can’t find anything on the internet.)

Now there’s a slight problem with the ICNARC data Clarke cites, which is that it only covers the period May 1st to July 31st.

So is the data for May 1st to July 31st what Professor Powis means by “since July” and what Dr. Clarke means by “recent months”?

The problem with extrapolating from this ICNARC data to make sweeping statements about the current ratio of unvaccinated to vaccinated Covid patients in ICU – as the Sunday Times subhead does and Dr. Clarke does, and Professor Powis appears to – is that it stops before the Delta wave gets properly underway and before the surge in infections in the vaccinated over the summer, when the epidemic became dominated by vaccinated people.

If this is what’s going on, it’s reminiscent of the ‘sleight of hand’ by NHS England chief Amanda Pritchard earlier this month, when she claimed that: “We have had 14 times the number of people in hospital with COVID-19 than we saw this time last year.” It quickly turned out that by “this time last year” she was referring to August rather than October or November, and was widely ridiculed for such an obviously incorrect and scaremongering statement when Covid hospital admissions at the time were plainly lower than in autumn 2020. She never apologised and instead tried to make it look like she was misunderstood, which, if Powis’s latest intervention is of a similar kind, suggests there may be no intention in the upper echelons of the health service to communicate clearly and accurately about the current risks posed by the virus.

In fact, given the data from UKHSA over the autumn showing a higher proportion of Covid hospitalisations and deaths in the vaccinated (67% and 82% respectively in the week 46 report), it seems most unlikely that three quarters of Covid ICU patients in the same reporting period were unvaccinated. Why, though, do we not have data in the public domain more recent than July so we can see for ourselves rather than having to extrapolate and speculate? We have up-to-date data on hospitalisations and deaths by vaccination status, so why doesn’t the UKHSA add a column to its table for ICU admissions as well?

The biggest problem with Powis’s statement is not that it appears to be a misleading way of communicating statistics, but that it is being used against the unvaccinated in what seems to be a concerted effort to turn them into scapegoats and pariahs. “These are beds that would have historically been used to provide life-saving surgeries for the most seriously ill patients,” he says. This echoes the words of the anonymous medic in the Guardian last week: “If everyone got vaccinated, hospitals would be under much less pressure; this is beyond debate. Your wait for your clinic appointment/operation/diagnostic test/A&E department would be shorter. Your ambulance would arrive sooner. Reports of the pressure on the NHS are not exaggerated, I promise you. … Most of the resources that we are devoting to Covid in hospital are now being spent on the unvaccinated.”

This is an ugly and dangerous road. Not only is there currently no publicly available data to back up these assertions – at least, nothing more recent than July 31st – but even if there was it would be no excuse to demonise and delegitimise the minority who, for whatever reason, remain unvaccinated. Our health service chiefs, and the journalists who report on their comments, need to do better than this.