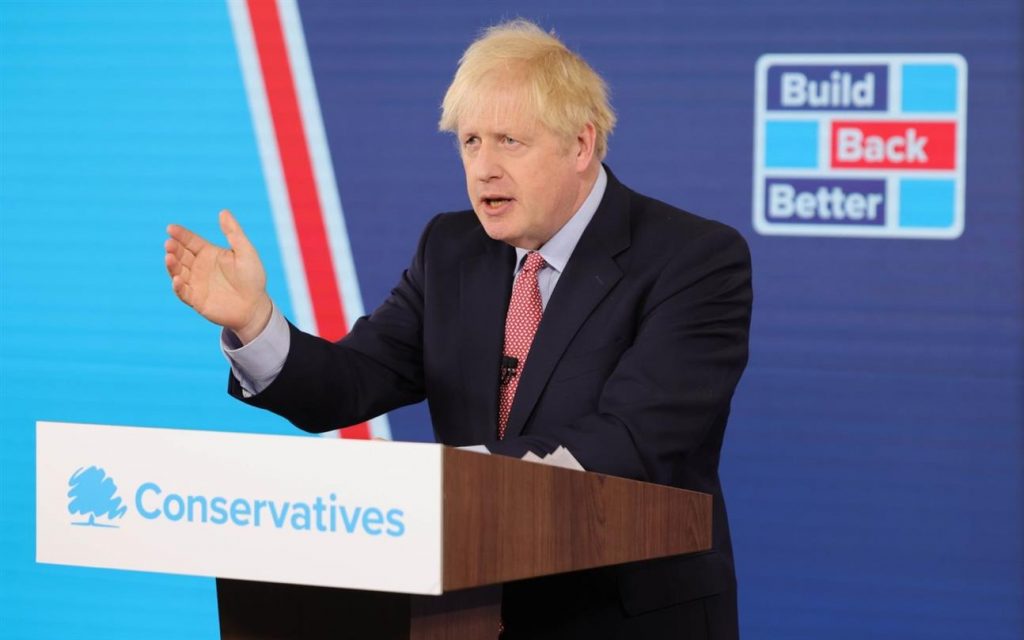 We’re publishing a guest post by an academic economist about why Boris, who used to be a borderline climate change sceptic, has passionately embraced a ‘Net Zero’ agenda. Could it be because he wants to curry favour with Joe Biden?

Many of his supporters are dismayed that Boris Johnson seems to be buying in so deeply to the hardcore green agenda. This is doubly so when we consider how this agenda might overlap with the powers the Government has accrued over the course of repeated lockdowns. You need not be a full-throated believer in the coming Great Reset to see that green activists are angling to leverage these new powers to impose their radical program on the population.

Those that are dismayed by this latest evolution of Johnson’s politics have been scrambling for an answer. Johnson does not personally seem like an enthusiast for hard green policies. Yes, he used to bike around London as mayor – but this hardly indicated that he was interested in the more totalitarian aspects of the green agenda.

Some have turned to the influence of Johnson’s latest wife: Carrie Symonds. The profile fits. Symonds seems like a squishy ‘right-thinking’ London liberal with an instinct finely-tuned to get as close to power as possible. Sorry Boris, but she probably did not marry you for your looks or your dependability.

In what follows I am not dismissing this personal dimension but think that it needs to be viewed in a broader context. Johnson may bend to Carrie’s will behind closed doors, but this cannot explain why the whole Tory Party has painted itself green.

Why Boris Has Gone Gaga For ‘Build Back Better’Read More

Oxford University researchers have found a gene – LZTFL1 – that’s present in 60% of South Asians and allows the virus to multiply in the lungs more easily. By contrast, only 15% of Europeans and 2% of black Africans have the gene. MailOnline has more.

Scientists say the genetic quirk may partly explain why South Asian people in the U.K. have been disproportionately affected by Covid.

But they emphasised the single gene is not the sole reason for the disparity, and highlighted the seriousness of social and economic factors.

Office for National Statistics data show Bangladeshi men were nearly five times as likely to die with the virus than their white counterparts during the second wave of the pandemic in England.

Experts had previously found a stretch of DNA could double the risk of dying in adults aged 65 and above but were not aware of the exact gene that was causing the effect.

Professor Jim Hughes, a genetics expert who co-lead the study, said: “The reason this has proved so difficult to work out, is that the previously identified genetic signal affects the ‘dark matter’ of the genome.

“It’s much harder to detect the gene which is affected by this kind of indirect switch effect.” 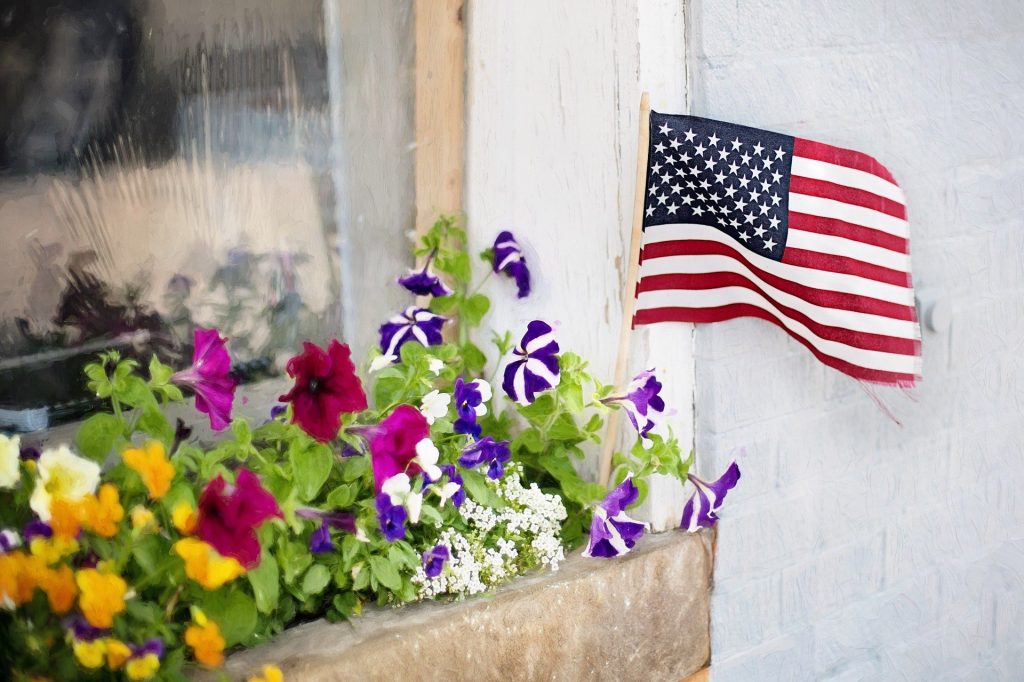 In a poll conducted in the spring of this year, researchers uncovered that just over 53% of unvaccinated Americans answered that “nothing will change my mind” regarding their decision not to receive the jab. Although the survey was conducted before the announcement and implementation of mandatory vaccination measures, 20% of the U.S. adult population remain unvaccinated. The Mail has the story.

Researchers in Boston, New York and Barcelona surveyed about 6,000 adults, including participants from across the country – roughly 21% of whom said they did not want to receive the Covid vaccine.

More than half of those respondents said “nothing will change my mind” about the vaccine while 13% said that advice from a family member or close friend might help convince them.

9% said that a recommendation from a family doctor would be beneficial.

Conservatives, people living in poverty, and those who worked outside the home were more likely to be against vaccination, the survey data showed.

The survey was conducted in April 2021, before the Delta variant surge in the U.S., vaccine incentive programs, mandates, and other initiatives. Still, about 20% of U.S. adults remain unvaccinated.

More than 220 million Americans have received at least one dose of a Covid vaccine as of November 3rd, representing about two-thirds of the population.

About four in five adults have received at least one dose, as well as almost all seniors at 98%, according to the Centers for Disease Control and Prevention (CDC).

Younger children – ages five to 11 years old – are now eligible to get vaccinated with Pfizer shots as of this week.

At the same time, more than 20 million Americans have received a booster dose.

While attention is now on boosters and children, the millions of adults who remain unvaccinated are still vulnerable to Covid.

Newly released survey data shed light on the motivations and demographics of those Americans who are opposed to Covid vaccination. 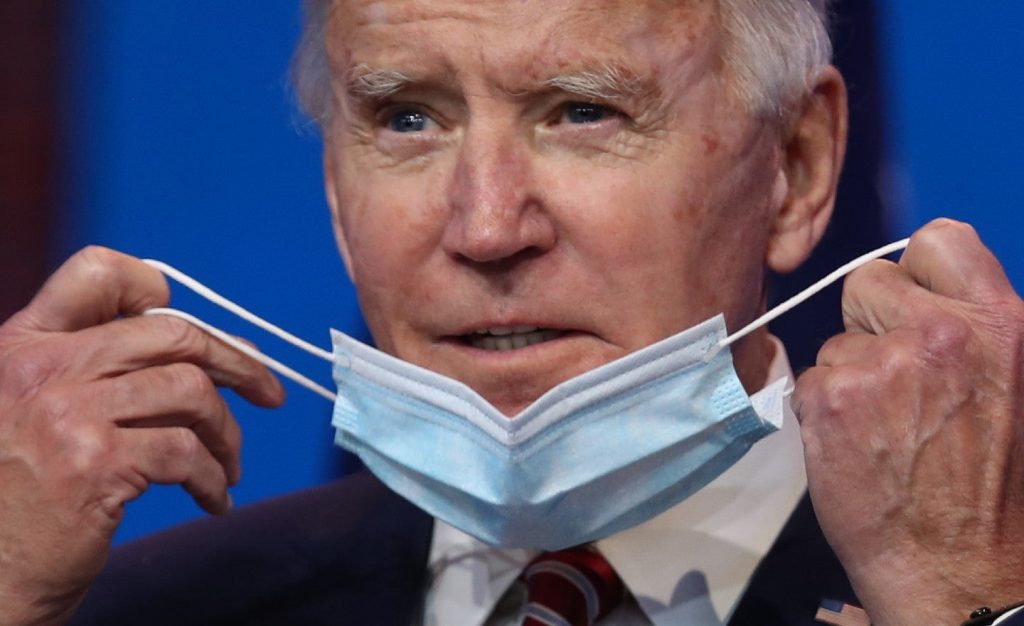 From January 4th, U.S. businesses which hire more than 100 employees will have to ensure that their workforce is fully jabbed (any which remain unvaccinated will have to do weekly Covid tests), or face close to $14,000 in fines. The mandate will be enforced by the Occupational Safety and Health Administration (OSHA) through usual workplace inspections, with repeat offenders at risk of being punished by a staggering $136,532 fine. The Mail has more.

Workers who fall under Biden’s order will need to receive their final dose – or only dose of the Johnson & Johnson vaccine – by January 4th of the new year, the official said. After that date, employers will need to implement at least weekly Covid testing for those who aren’t fully vaccinated.

Enforcement of the rule, an official said on a background call Wednesday evening, will be just as that of any other rule, which includes inspections to check for compliance.

Red states are likely to rebuke the new rule, and it is currently unclear how the Federal Government will grapple with that if they try not to comply.

A fact sheet of the new rule from the White House Thursday morning states OSHA is “making clear that their new rules pre-empt any inconsistent state or local laws, including laws that ban or limit an employer’s authority to require vaccination, masks, or testing”.

Republicans are furious over the new rule.

“Our economy is crumbling, and President Biden is doing everything in his power to make it worse”, Senator Marsha Blackburn said in a statement. “While businesses scramble to fill the 10.4 million open jobs in our country, Biden’s vaccine mandate will push even more Americans out of the workforce”.

Republican Representative Jody Hice of Georgia insisted to the Mail: “No American should be forced to choose between putting food on their tables or receiving a vaccine.”

GOP Representative Byron Donalds of Florida told the Mail: “Despite the Democrats’ shellacking this week, the Biden administration is pressing on with their unconstitutional mandate requiring private businesses to mandate vaccination to avoid fines up to $1 million”

“Americans from southwest Florida and all across the nation will have to choose between food on the table or taking a shot they feel they do not need”, he lamented. “This tyrannical mandate is a gross infringement of medical privacy and the individual rights of every American and won’t hold water in the judicial system”.

The stringent new guidelines have been put in place amid widespread backlash to mandates, including bids from Republicans to overturn it to keep people in their jobs, fears of staff shortages and first responders in major cities being turned away from work.

Vaccine mandates have already been put in place in many cities across the country. 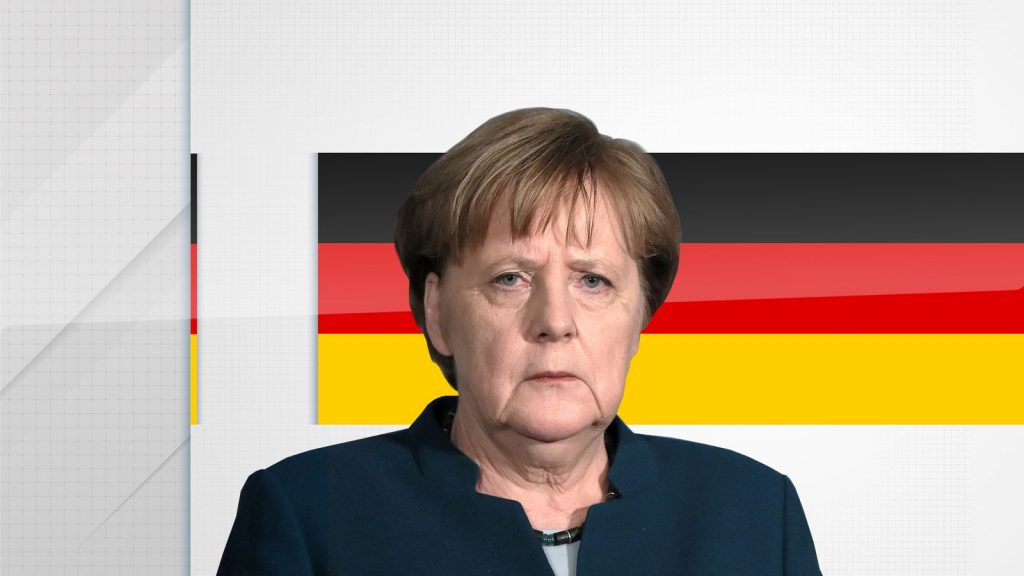 To avoid a tough winter and stem a rise in Covid cases, the outgoing German Chancellor is keen to activate the country’s ‘3G’ rule, which would introduce vaccine passports for most indoor public venues, in an attempt to entice members of the public to receive the jab. 33% of the German population currently remain unvaccinated, with the Health Minister Jens Spahn commenting that the nation is suffering from a “pandemic of the unvaccinated”. The Times has the story.

The chancellor has argued that similar steps should be adopted across the country in an effort to boost the stubbornly low level of vaccination and slow the spread of Covid.

Concern is growing about the prospect of another punishing winter. The number of infections recorded each day has doubled since mid-October and is higher now than it was at this point in 2020. Hospitals in many parts of Germany have warned they could soon be overwhelmed.

The situation is not yet desperate: vaccination has so far kept the number of deaths reported each day relatively low. The closely watched seven-day incidence rate has actually fallen a little over the past week, to 147 new cases per 100,000 people.

Today, however, Jens Spahn, the Health Minister, warned that Germany was going through a “pandemic of the unvaccinated” as the disease propagates rapidly through the 33% of the population that has yet to be jabbed. Merkel is said to have been “particularly shaken” by the case of a nursing home in Werbellinsee, near Berlin, where 14 residents died. Half of the staff had not been vaccinated.

The chancellor favours tightening the country’s ‘3G’ rule, under which people must prove they are vaccinated, recovered or tested (geimpft, genesen or getestet) in order to enter most indoor public venues.

Yesterday, Saxony imposed a stricter ‘2G’ system, meaning only the vaccinated and the recently recovered can go into spaces such as restaurants or football stadiums. Merkel’s spokesman said this was a “logical” way forward.

In Baden-Württemberg, meanwhile, unvaccinated people will instead have to obtain a negative PCR test result — at considerable expense — for these recreational activities. They will also only be allowed to meet five other unvaccinated people from outside their household at the same time. 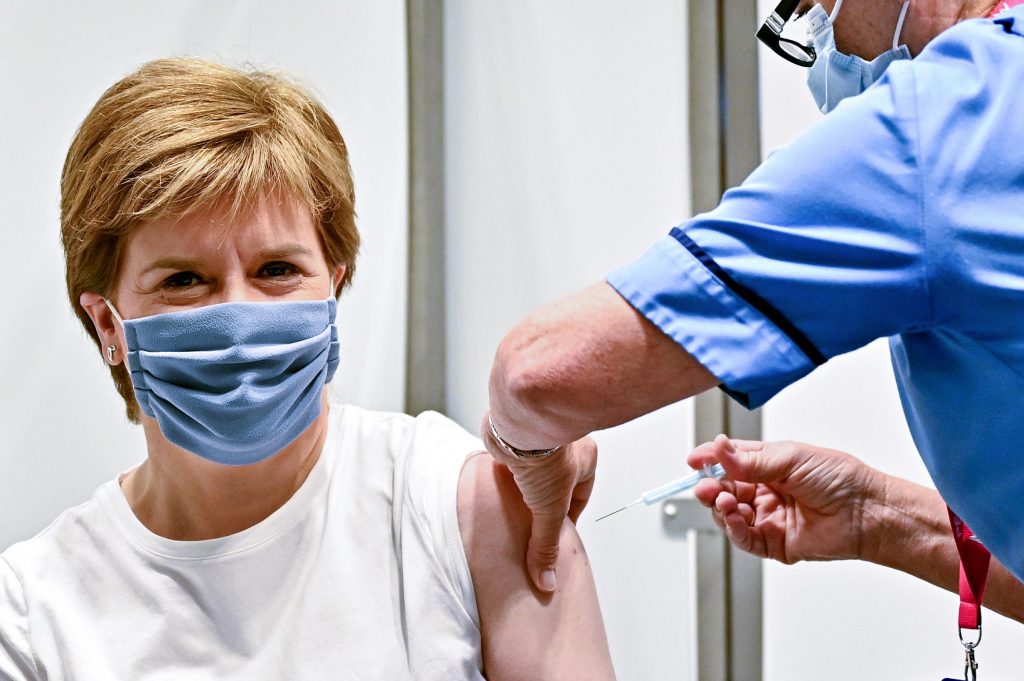 In Scotland this summer there has been excess mortality for the past 21 weeks with the total excess now exceeding 3,000 deaths. I and others have written to MSPs about the dreadful situation asking for a thorough analysis of what is responsible. In response we have been sent a reply from Anita Morrison, Head of Health and Social Care Analysis and Support, that I reproduce below. Five possible explanations are given, none of which reflect favourably on the Scottish Government’s public health policy. To paraphrase her reply, 45% are due to COVID-19 and the rest are accounted for by one or more of:

What follows is my reply to Anita Morrison to point out that her response is a damning indictment of Scottish Government public health policy whose outcome should ultimately be measured by the metric of excess deaths.

Are Vaccines Driving Excess Deaths in Scotland, a Professor of Biology AsksRead More