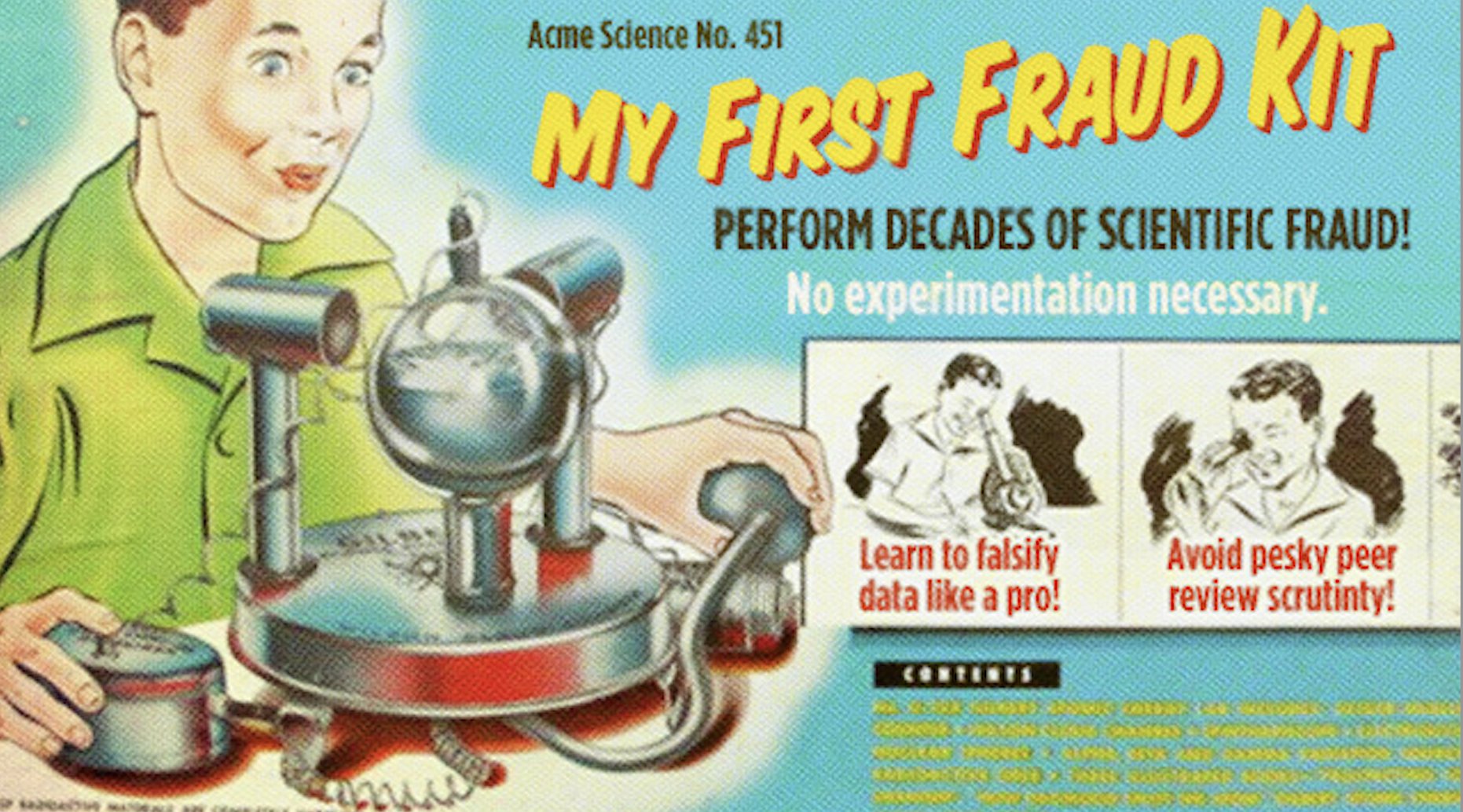 A few days ago journalist Barney Calman published a thorough and well researched article about the problem of academic research fraud. Although the contents will seem familiar to any long time reader of the Daily Sceptic, it’s great news that much bigger audiences are now being exposed to information about the scale and nature of the problems inside scientific institutions.

In July the Daily Sceptic published an article by me entitled, “Photoshopping, fraud and circular logic in research“. It discussed the problem of Asian paper forging operations colloquially nicknamed “paper mills”, the Chinese Government policies that incentivise forging of scientific research, and cited former BMJ editor Richard Smith’s essay on the problem of fictional clinical trials. For classical journalists to write about a topic typically requires them to find an insider or specialist willing to put their own name on things – indeed, one of the major weaknesses of newspapers vs blog sites like this one is their reluctance to do original research into scientific topics. Scientists willing to put their names on allegations is the permission journalists need to cover a story like this – and now the Mail has it:

Speaking on the Mail on Sunday’s Medical Minefield podcast, Smith – who was involved in the investigations that exposed Malcolm Pearce – said:

“It’s shocking, but common. Many of these fraudulent studies are simply invented. There were no patients. The trial never happened.”

Research coming out of countries where doctors are commonly rewarded with pay rises for publishing their work – such as Egypt, Iran, India and China – is more likely to be faked, investigations show.

“In China, doctors can only get promoted if they score enough ‘points’, by getting published,” says John Carlisle, an NHS anaesthetist who spends his spare time hunting for fraudulent medical studies.

The story also discusses how the scientific system has been unable to reach agreement on the effectiveness against COVID-19 for both hydroxychloroquine and ivermectin, largely due to how high profile trials showing efficacy keep turning out to be fraudulent.

There’s much more and the entire article is, of course, worth reading in full.

Smith zeros in on the core problem: the scientific system is entirely trust based. If someone emails a Word document containing a table of results to a journal, then it’s just assumed that the trial did in fact take place as written. The document itself is supposed to be reviewed, although as we’ve previously discussed here peer review is sometimes claimed to have happened when it very obviously couldn’t have. But nobody checks anything deeply. Peer reviews, when they properly happen, take the intellectual honesty of the submitter for granted.

This system was probably okay at the start of the 20th century when science was a small affair dominated by hobbyists, companies and standalone inventors. It’s easy to forget that Einstein, perhaps the most celebrated scientist of all time, came to the attention of the world only after developing new physics in his spare time whilst working as a Swiss patent clerk. But after the end of World War Two governments drastically ramped up their spending on academic research. Throughout the 20th century science didn’t just grow, it grew exponentially (nb. log scale):

In the second half of the 20th century, the number of papers published annually was doubling about every nine years, with the end of the war being a clear inflection point.

A century ago there was very little incentive for a scientist to lie to a journal. There was no point because there wasn’t much money in it. Academic positions were rare, the communities were small, and there were few enough interesting claims being published that they’d attract attention and be discovered if they weren’t true. But in 2021 it’s all very different. Annual production of new scientists by academia alone is vast:

The effect Chinese policies have had on science can be clearly seen in this graph, but even before China more than doubled its PhD production the trend was strongly upwards.

Underlying this system is an implicit assumption that the number of discoveries waiting to be made within a given time window is unlimited. Giving scientists money is seen as an uncontroversial vote winning position, so nobody in government stops to ask whether there are actually enough answerable scientific questions available to absorb the increased research budgets. If there aren’t then people become tempted to either make up answers, as in much of the COVID ‘science’ that is written about on this site, or make up questions, hence the proliferation of un-rigorous fields like the study of “white tears“.

Did Barney Calman get wind of this story by reading this site? It’d be nice to think so. If you’re out there Barney, why not drop us a line and say hello? There are plenty more investigations like that one in the archives of the Daily Sceptic, such as “Fake Science: the misinformation pandemic in scientific journals” and “436 randomly generated papers published by Springer Nature“, which examine the use of AIs to generate fake scientific papers, or “The bots that are not“, which shows that virtually all academic research into the existence of bots on Twitter is wrong. It’s of vital importance that our society becomes more aware of the flaws in the research system, as it’s the only way to break the cycle of governments and media taking so-called scientific claims for granted.