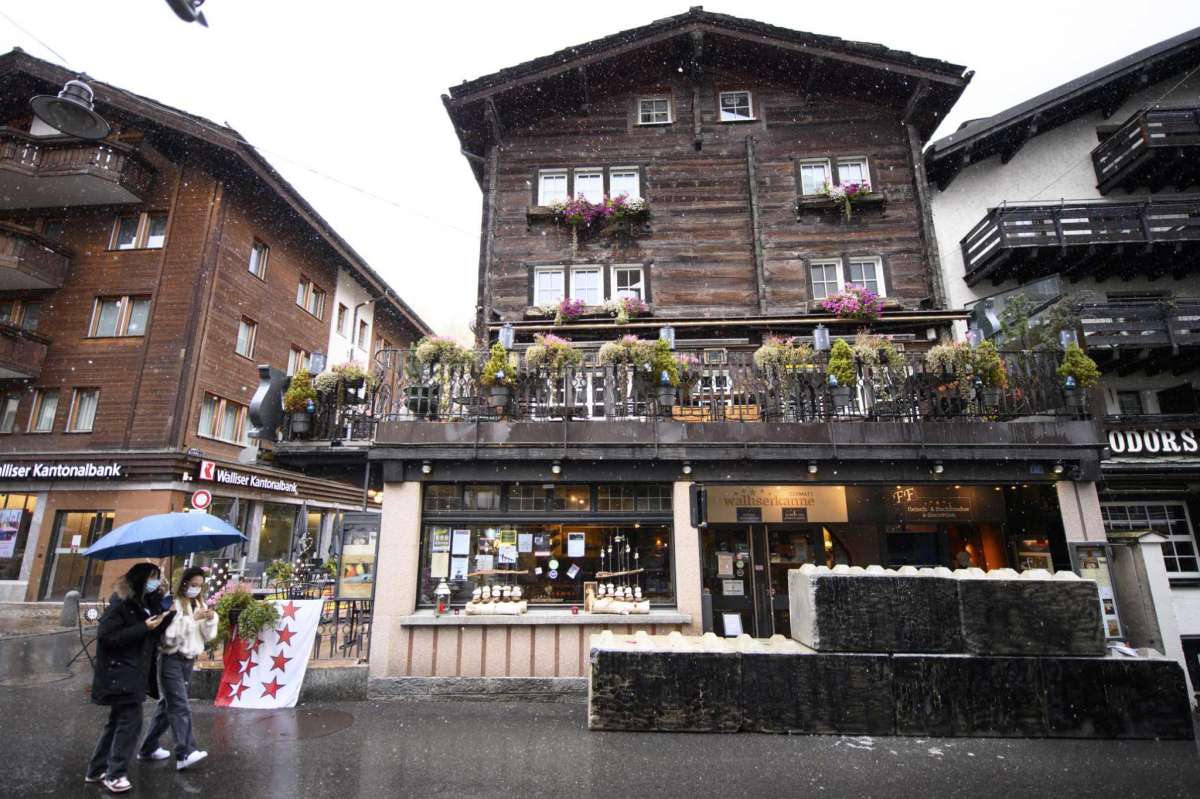 On Saturday, Swiss police arrested the owners of the Walliserkanne restaurant (pictured above) for refusing to police customers for vaccine passports, which became a legal requirement in September. The police had closed the restaurant the day before following repeated violations, lining the entrance with concrete blocks, however the manager returned on Saturday to open the restaurant prompting the authorities to take the owners into police custody. Le News has the story.

The restaurant’s website says: we welcome everyone, also without certificate. The management has refused to check whether their diners have valid Covid certificates since the legal requirement was introduced on September 13th 2021.

In mid-September, in a video interview with 20 Minutes, one of the restaurant’s bosses said that they had only been checked once by the police and that they would continue to let anyone enter their bar and restaurant without a certificate. After several violations a criminal investigation was initiated.

The arrest on Saturday followed repeated defiance of police requests. On Friday, the police closed the restaurant at the behest of the cantonal government because the operator was breaking the law by not checking Covid certificates. The judiciary and police are required to ensure the population complies with laws made by Switzerland’s democratically elected parliament.

Later in the day, ignoring the closure order, the restaurant’s boss reopened the establishment. In response, the police closed it again and had large concrete blocks placed in front of the building. However, the manager of the restaurant opened it again on Saturday morning announcing with a microphone that the restaurant was open for business. In exasperation, the police arrested the man and his parents and placed them in custody. The arrest was resisted and resulted in injury, according to various media reports.

The brothers who manage the restaurant at the centre of the conflict have been open about their anti-Covid beliefs, reported the newspaper Blick. They have also been outspoken out on a German website that posts content on conspiracy theories. In an interview on the site, one of them says that there is no pandemic, there is no epidemic and that only 0.001% of the world’s population has died from the disease, a percentage that infers 79,000 deaths. Number crunchers at The Economist estimate that close to 17 million (0.22% of the global population) have died from Covid, a figure based on excess deaths rather than the official count of 5 million, which relies on patchy testing.

In the same interview, the other brother makes the claim that Switzerland’s democratically elected government is breaking laws by creating them. Under Switzerland’s constitution, legislation enacted by parliament cannot be declared invalid on the grounds that it is unconstitutional, unless it contravenes international law.

Over the weekend, the arrest became a rallying point for hundreds of protesters, including members of the Freiheitstrychler (cowbell ringers) and Mass-Voll groups, who assembled outside the restaurant. These groups have been present at numerous anti-Covid protests across Switzerland.

Dodgy Climate Models Should be Discarded