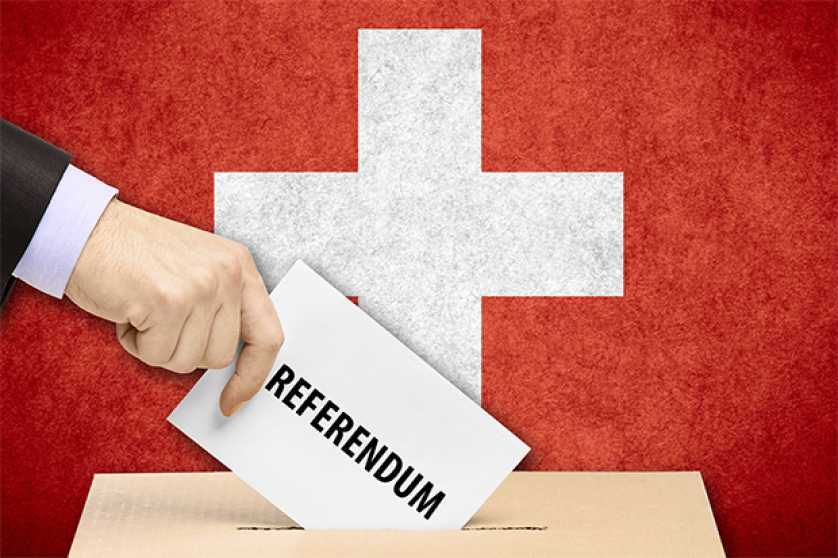 The Swiss have voted to keep vaccine passports by a clear majority. I live in Switzerland (but cannot vote), and in this essay I’ll present some analysis of why this outcome may have occurred.

Firstly, what was the vote actually about? It was a referendum on whether to keep the COVID law, which authorised (among other things) the implementation of the vaccine passport and contact tracing systems. As such, although passports are effectively a form of coercion, this wasn’t directly a vote on mandatory vaccination. There were two sides: ‘No’, meaning scrap the law and end the passports, and ‘Yes’, meaning keep it.

That’s all in theory. In reality, of course, the vote is already being used by politicians to argue for lockdowns for the unvaccinated (about one third of the population).

So – what went wrong for the ‘No’ side? I believe there were at least three factors that fed into each other:

I will analyze each factor below.

Despite this, we should recognize the possibility that how people voted had nothing to do with any campaigns or policies, but simply reflects their pre-existing vaccination decisions. As we can safely assume almost nobody voted ‘Yes’ while also choosing to be unvaccinated (as this would simply be a vote to impose expensive and awkward restrictions on themselves indefinitely), we must also assume, given the results, that almost everyone who chose to take the vaccine also chooses to try and force other people to take it.

The psychology of this is probably core to the state of the world right now and deserves a much closer look. However, today I’ll make the simplifying assumption that campaigns and arguments do have at least some impact and analyze it through that lens.

Why Did Switzerland Vote For Vaccine Passports?Read More 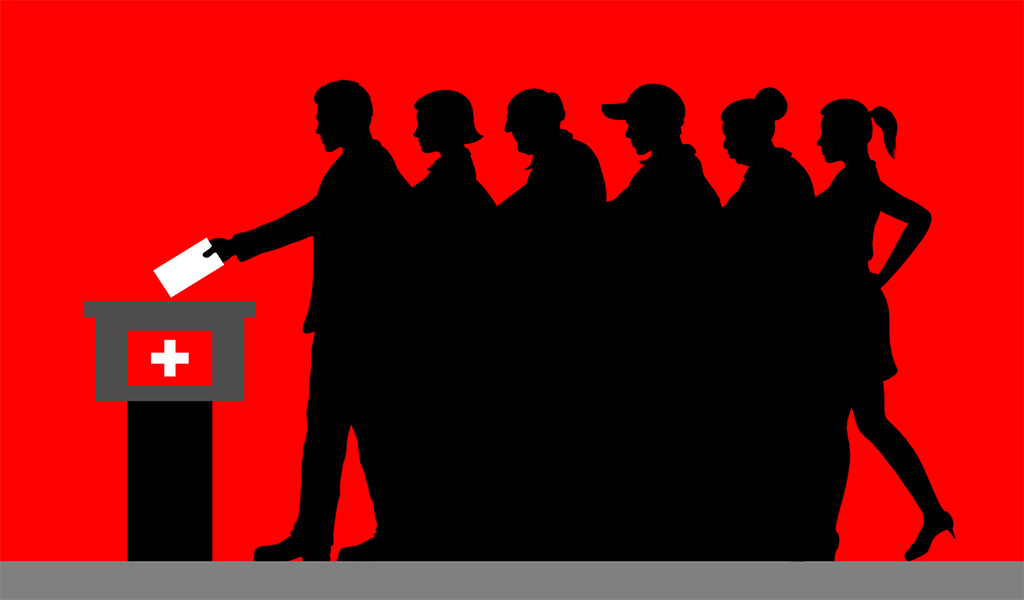 Last September, Switzerland introduced a vaccine passport scheme prohibiting the unjabbed from entering many public places such as restaurants, sporting events, and cinemas. On Sunday, the Swiss people took part in a referendum on whether to keep the Government’s Covid response measures, which includes the vaccine mandate, with 60% of the public voting to retain the restrictions. BBC News has more.

Sunday’s referendum came after organisers said the pass was an unnecessary restriction of freedoms.

With just under two-thirds of the population fully vaccinated, the Swiss have one of the lowest vaccination rates in Western Europe.

Now, Covid infections are rising exponentially, with case numbers up by 40-50% each week.

From the start of the pandemic the Swiss government has performed a tricky balancing act, trying to introduce measures to control the spread of Covid while still staying true to Switzerland’s system of direct democracy, in which the Government has little formal power and the people have the final say.

Switzerland’s lockdowns were never as strict as its neighbours’. People were allowed outside for exercise whenever they wanted and the schools only closed for a few weeks.

But last summer, with cases falling dramatically, Switzerland didn’t have a celebratory, U.K.-style ‘freedom’ day either.

Instead, a Covid certificate was introduced with proof of vaccination, negative test, or immunity through having had the virus. In September it became obligatory in order to enter bars, cafes, restaurants, cinemas, museums, sporting events, and face-to-face university classes.

But not everyone agrees.

Vaccination has long been a sensitive issue here, especially in German-speaking Switzerland. A belief that natural immunity is best led to a drop in childhood measles vaccinations that sparked a surge in measles cases across Europe.

Meanwhile, in the alpine communities, a historic pride in their own independence rooted, some say, in the time when the mountain villages were cut off from the world each winter, means there is resistance to the Government issuing orders. 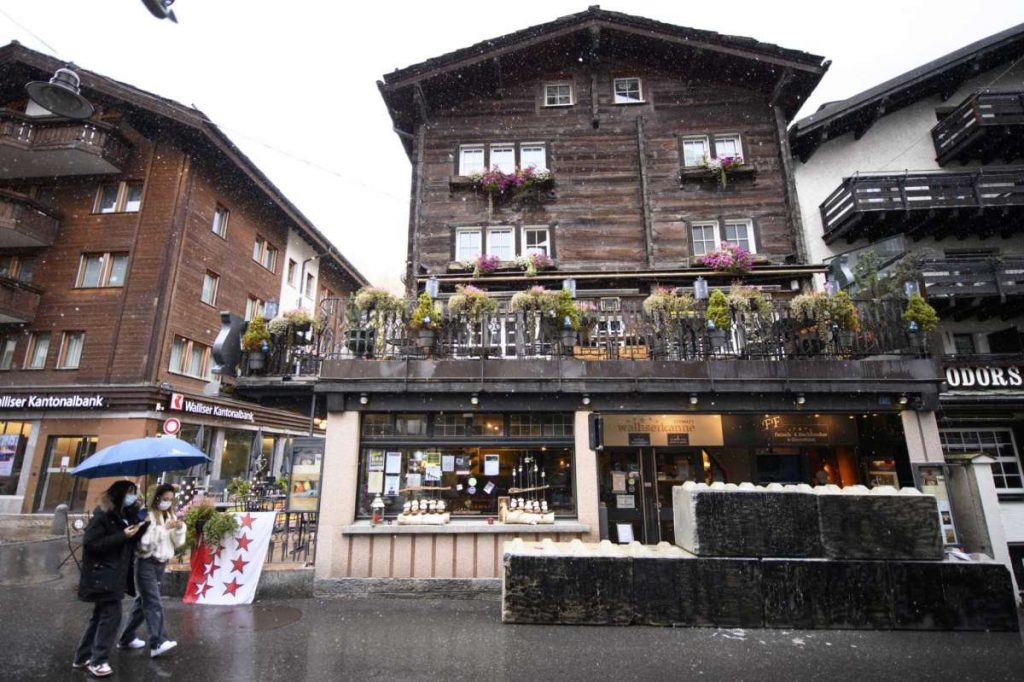 On Saturday, Swiss police arrested the owners of the Walliserkanne restaurant (pictured above) for refusing to police customers for vaccine passports, which became a legal requirement in September. The police had closed the restaurant the day before following repeated violations, lining the entrance with concrete blocks, however the manager returned on Saturday to open the restaurant prompting the authorities to take the owners into police custody. Le News has the story.

The restaurant’s website says: we welcome everyone, also without certificate. The management has refused to check whether their diners have valid Covid certificates since the legal requirement was introduced on September 13th 2021.

In mid-September, in a video interview with 20 Minutes, one of the restaurant’s bosses said that they had only been checked once by the police and that they would continue to let anyone enter their bar and restaurant without a certificate. After several violations a criminal investigation was initiated.

The arrest on Saturday followed repeated defiance of police requests. On Friday, the police closed the restaurant at the behest of the cantonal government because the operator was breaking the law by not checking Covid certificates. The judiciary and police are required to ensure the population complies with laws made by Switzerland’s democratically elected parliament.

Later in the day, ignoring the closure order, the restaurant’s boss reopened the establishment. In response, the police closed it again and had large concrete blocks placed in front of the building. However, the manager of the restaurant opened it again on Saturday morning announcing with a microphone that the restaurant was open for business. In exasperation, the police arrested the man and his parents and placed them in custody. The arrest was resisted and resulted in injury, according to various media reports.

The brothers who manage the restaurant at the centre of the conflict have been open about their anti-Covid beliefs, reported the newspaper Blick. They have also been outspoken out on a German website that posts content on conspiracy theories. In an interview on the site, one of them says that there is no pandemic, there is no epidemic and that only 0.001% of the world’s population has died from the disease, a percentage that infers 79,000 deaths. Number crunchers at The Economist estimate that close to 17 million (0.22% of the global population) have died from Covid, a figure based on excess deaths rather than the official count of 5 million, which relies on patchy testing.

In the same interview, the other brother makes the claim that Switzerland’s democratically elected government is breaking laws by creating them. Under Switzerland’s constitution, legislation enacted by parliament cannot be declared invalid on the grounds that it is unconstitutional, unless it contravenes international law.

Over the weekend, the arrest became a rallying point for hundreds of protesters, including members of the Freiheitstrychler (cowbell ringers) and Mass-Voll groups, who assembled outside the restaurant. These groups have been present at numerous anti-Covid protests across Switzerland. 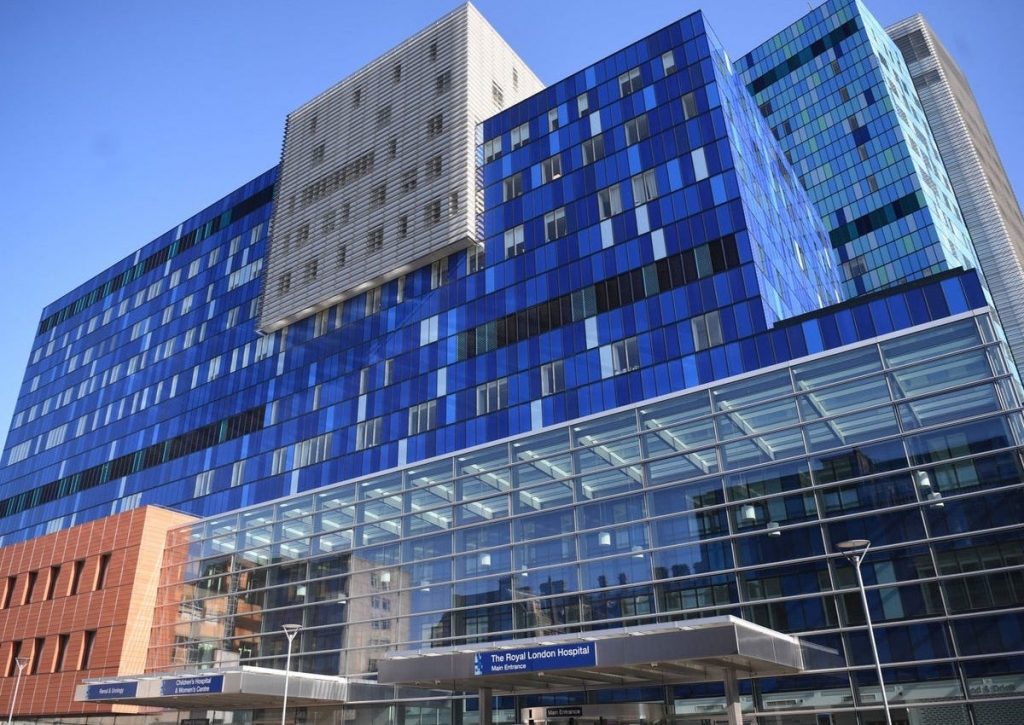 Estimates of the prevalence of long Covid – where symptoms persist for more than four or more than 12 weeks after infection, depending on the exact definition – vary dramatically.

Before getting to the estimates, what kind of symptoms are we talking about? All of the following have been reported: abdominal pain; cough; diarrhoea; fatigue; fever; headache; loss of taste; loss of smell; myalgia; nausea or vomiting; shortness of breath; and sore throat.

The ONS has documented that almost 14% of people who test positive for COVID-19 continue to report at least one symptom 12 weeks later. This estimate is based on data from the Coronavirus Infection Survey (CIS) – a large, random sample of UK residents living in private households. Here’s the ONS’s chart:

The control participants comprise individuals who took part in the CIS but were unlikely to have been infected. Note that only 2% reported at least one symptom on the relevant date. This seems to suggest that fully 12% of people who test positive for COVID-19 go on to experience long Covid (over and above the background rate).

However, while the CIS is a high-quality sample, the 12% figure isn’t necessarily correct. That’s because the symptoms are self-reported, and we don’t have any information on severity.

Due to the amount of media attention long Covid has received, CIS participants who tested positive might have been inclined to exaggerate their symptoms – to report things they normally wouldn’t have done. In other words, some of their symptoms might be more psychosomatic than physical.

How Common Is Long Covid?Read More