There’s No Reason to Plunge the U.K. Into A Christmas Lockdown, Boris Johnson Declares 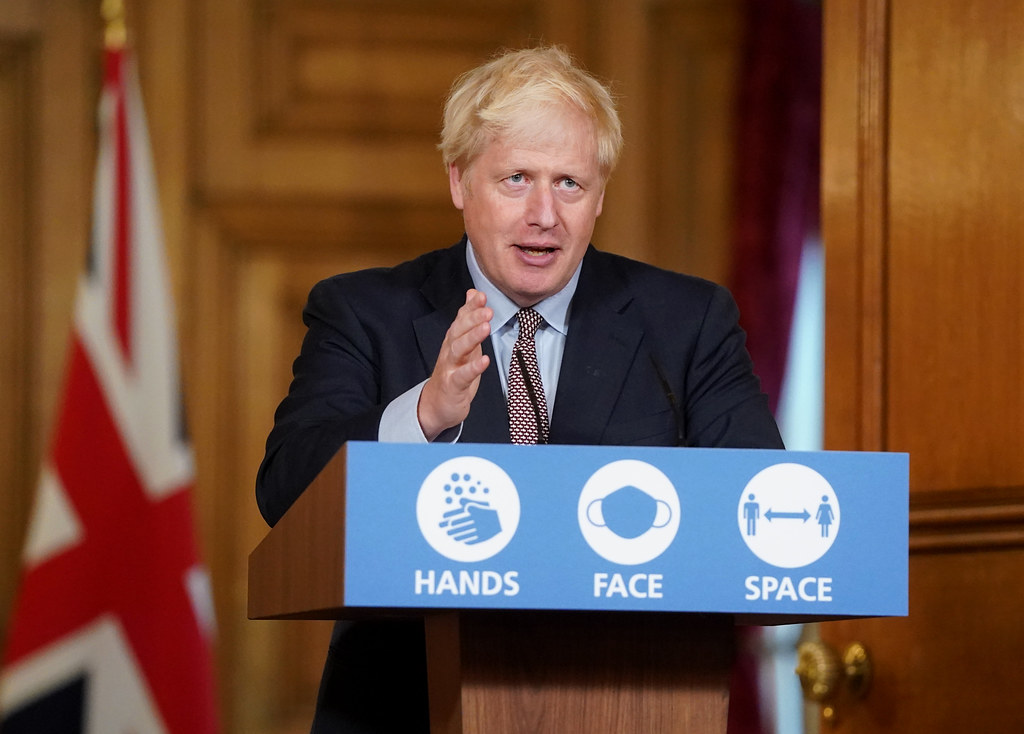 The Prime Minister has stated that there is currently “no evidence” to implement a Christmas lockdown, despite what Sky News calls a “rise” in Covid cases. (In fact, they’re falling.) Johnson also said that, instead of new restrictions, members of the public should receive a booster jab when they are offered the opportunity, admitting that the effectiveness of the first two jabs does “start to wane” after a time. Sky News has the story.

Speaking to reporters during his trip to Rome for the G20 summit, Johnson once again insisted ministers are sticking with the current plan to tackle Covid and there is no reason to activate the Government’s ‘Plan B’.

Asked if he could guarantee a good Christmas, he said: “I see no evidence whatever to think that any kind of lockdown is on the cards.”

His comments come after the NHS Confederation, the British Medical Association and scientists called on the Government to take steps to ease the growing pressure on the health service.

Covid infections have risen across the U.K., with recent Office for National Statistics estimates showing the same proportion of people in England have the virus as at the peak of the second wave in January.

However, hospitalisations and deaths remain well below the levels seen earlier this year – in part due to the vaccine rollout which has seen 45.7 million people fully vaccinated.

Has Government Gone Too Far Down the Vaccine-Saviour Road to Be Capable of Objective Assessment of the Evidence?