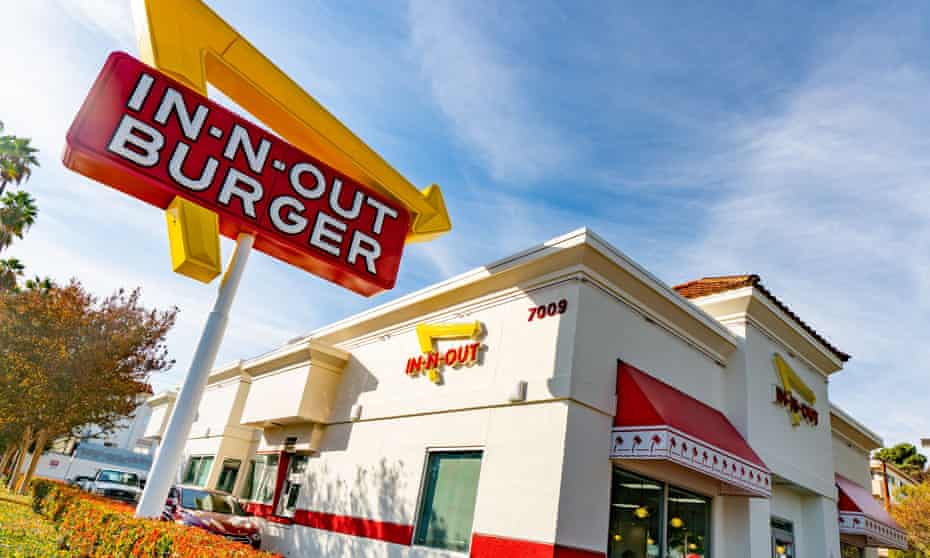 A second In–N–Out burger restaurant has been forcibly closed by the Californian health authorities following the chain’s continuous refusal to abide by Government mandates ordering businesses to check their customers for vaccination passports or proof of a negative Covid test. In a statement, the business has openly declared that it refuses “to become the vaccination police” and segregate its customers based on who has and hasn’t received a medical procedure. The Guardian has the story.

Public health authorities see vaccination enforcement requirements as vital tools in slowing Covid at a time when 1,500 or more Americans are dying each day from the virus. However, In-N-Out, based in Irvine, in southern California, has consistently refused to heed the requirements in the Bay Area, which are some of the strictest in the state.

“We refuse to become the vaccination police for any government. It is unreasonable, invasive, and unsafe to force our restaurant associates to segregate customers into those who may be served and those who may not,” In-N-Out said in a statement.

The only In-N-Out in San Francisco, which is located on the city’s popular Fisherman’s Wharf, was closed for several days in October for defying the city’s public health rules, which a company executive had described as “clear governmental overreach.”

“We fiercely disagree with any government dictate that forces a private company to discriminate against customers who choose to patronise their business,” Arnie Wensinger, the company’s Chief Legal and Business Officer, wrote.

The restaurant reopened last week but is supposed to only offer takeout and outdoor dining. EaterSF reported on Tuesday that the location was again under investigation by the city’s public health department over a complaint that it has continued to allow indoor dining.

The city’s health department told the outlet it would “take the next steps to address any observed violations”.

In-N-Out’s refusal to enforce vaccination rules has prompted an outpouring of support from conservative politicians, including Mike Pence. The beloved chain is owned by conservative Christians, and several executives have made donations to the Republican party and Donald Trump.