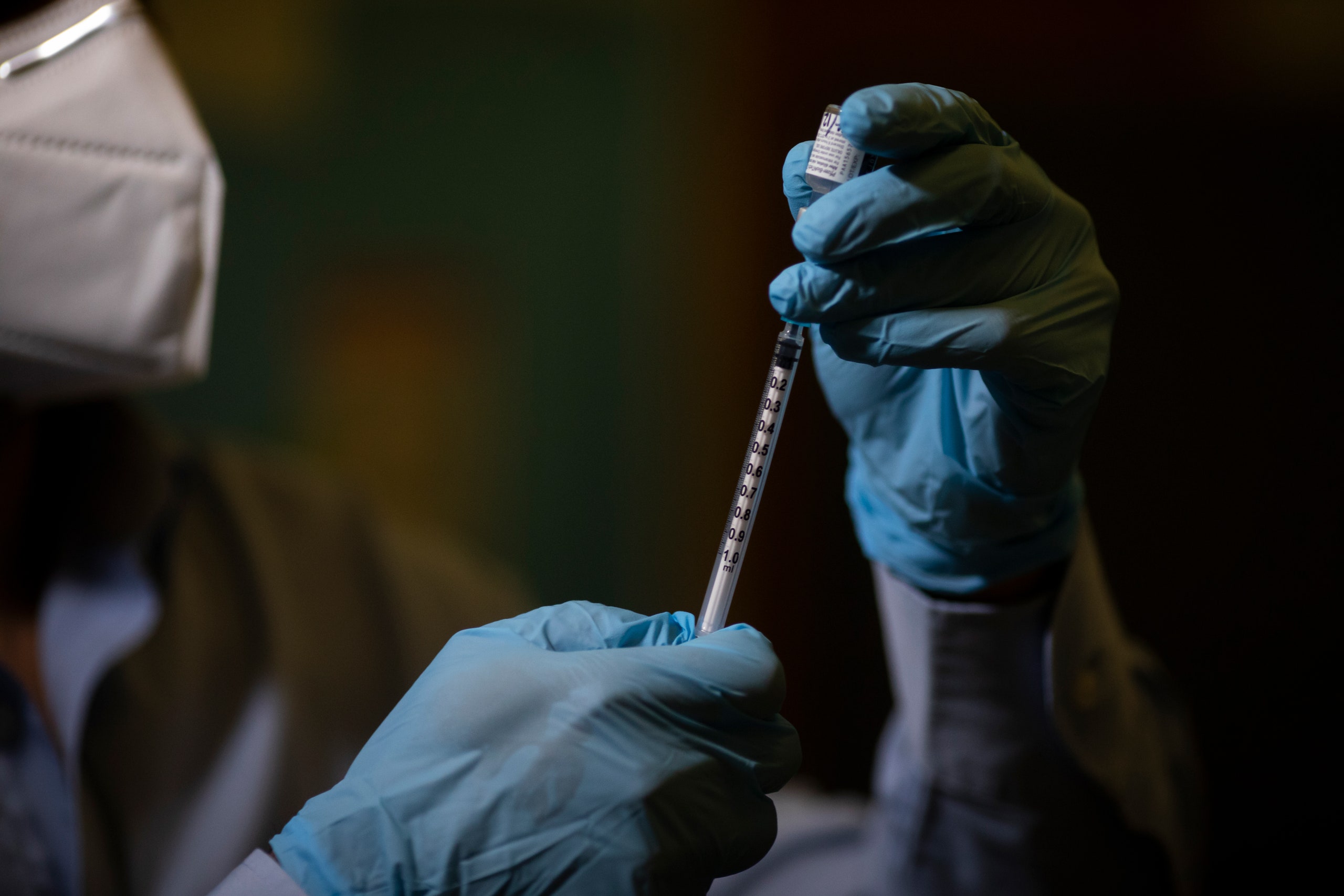 The length of time people must wait after receiving their second Covid vaccine dose before getting their ‘booster’ could be cut from six months to five, under new plans being drawn up by the Government and its scientific advisers.

This is strange given that more people (almost three-quarters of a million more people) are already becoming eligible each week for a third dose than are actually being ‘jabbed’. Perhaps ministers have some more ‘nudges‘ in mind for those who are unwilling to come forward. The Telegraph has the story.

Proposals to cut the waiting time for a third Covid jab from six months to five are under discussion in Whitehall, with the Joint Committee on Vaccination and Immunisation (JCVI) understood to be showing interest in the idea.

It would mean the vast majority of over-65s could be vaccinated by early November rather than early December, and all over-70s jabbed now rather than by mid-November.

Boris Johnson indicated support for the change on Thursday, saying it was an “extremely important point” and the programme should move “as fast as possible”.

Analysis by the Telegraph suggests nine million more people could get a booster jab if the change happened now, doubling the number of those eligible.

Jeremy Hunt, the former Health Secretary, floated the change on Thursday as a way to boost the number of people who have maximum Covid protection before Christmas. …

The roll-out of Covid booster jabs, which offer people aged over 50 a top-up to their immunity, has been criticised after only half of those eligible have taken up the offer.

There has been discussion inside the Government about changing the definition of ‘fully jabbed’ from two Covid jabs to three for those who are eligible in order to encourage uptake, although no change is expected soon. Mr. Javid said earlier this week that demand and not supply was the problem, adding: “We’ve got the jabs – we just need the arms to put them in.” …

It is understood that Downing Street is open to dropping the six-month delay but will wait for any change in advice from the JCVI. [Not that the body’s advice mattered much when it came to the vaccination of healthy children.]

Stop Press: This piece about the vaccine roll-out and its diminishing returns by an anonymous substacker called eugyppius is very good. Worth bearing in mind that if the Government has its way anonymous accounts like this would probably be unlawful.

Viral Tweet Opposing ‘Herd Immunity’ Gets Pretty Much Everything Wrong