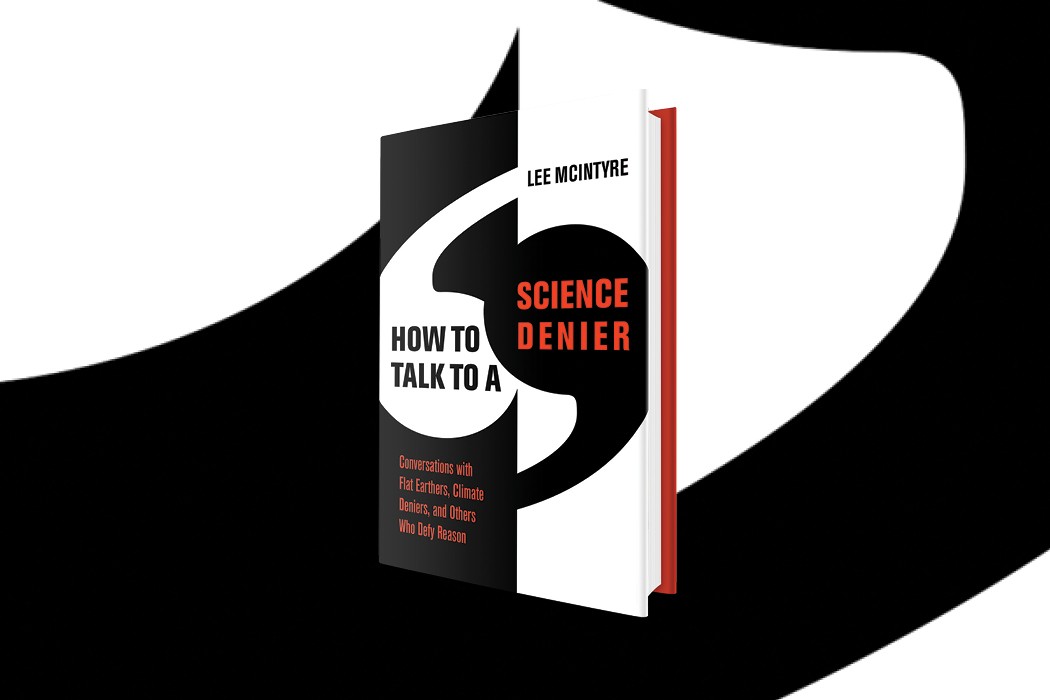 We’re introducing a new section to the Daily Sceptic today: Reviews. (You can find it at the bottom of the right-hand menu.) We’re also publishing our first ever book review in which Bo Winegard, an American with a PhD in Psychology, writes about How to Talk to a Science Denier: Conversations with Flat Earthers, Climate Deniers, and Others Who Defy Reason by Lee McIntyre. The problem with the book, as Bo explains, is that McIntyre’s understanding of science is naive and idealistic and bears little relation to how actual science is practised. Not only that, but nearly all the examples McIntyre gives are of right-wing science denialism, not left-wing science denialism. Here is an extract:

McIntrye begins by contending that “for a number of years it has been fairly clear – at least in the United States – that truth is under assault. Our fellow citizens don’t seem to listen to facts anymore” (p.xi), an observation which motivated his previous work such as Post-Truth. This is a common claim, of course, and one that I have almost certainly made myself, but it’s not at all clear that it is accurate. Is the truth more under assault now than it was during the Vietnam War? During the era of pushback to claims about a causal link between smoking and cancer? During the rise and temporary triumph of Freudian psychology? I’m sceptical. Probably the claim that truth is uniquely under assault is like the claim that Western Civilisation is collapsing: it feels true to every generation because there are always challenges to truth, to science, to civilisation.

And there are always challenges because science, like civilisation, is very unnatural. This doesn’t mean that it requires completely suppressing human proclivities and, as it were, reshaping the human mind. Rather, it means that it requires the appropriate (and historically rare) norms and institutions to flourish. Like a diligent landscaper, science guides and disciplines nature. And its fruits should be as astonishing as Kew Gardens or green lawns in the desert of Arizona. Like those miracles of human attention and ingenuity, science requires constant vigilance lest the jungle of human impulses overtake the truth with a thicket of myth, superstition, and ideologically useful flapdoodle. Put shortly, the truth is always under assault, not just by liars, charlatans, cranks, and millionaire profiteers, but by human nature. The hackneyed movie line that the real enemy is inside is appropriate because the struggle for science is mostly a struggle against innate emotions and biases. And the surprising thing is not that many people misunderstand, misrepresent, and opportunistically attack the truth, but rather that we care about the truth at all.

This is important because to understand ‘science denialism’, we have to understand science. And this is a major problem with McIntyre’s book. His understanding of science seems simplistic and unrealistically unambiguous. I should confess that I have not read his earlier book, The Scientific Attitude: Defending Science from Denial, Fraud, and Pseudoscience, so it is quite possible that he has a more sophisticated and nuanced view of science than I can discern from How to Talk to a Science Denier. But if so, then I wish he had made those views more obvious in this book. After all, if one is going to call a person a “science denier”, then one should be clear about what the person is denying.

Instead, readers can find only hints and intimations of what science actually is (and thus what a science denier is denying). For example: “In my earlier book, The Scientific Attitude, I had argued that the primary thing that separates science from nonscience is that scientists embrace an attitude of willingness to change their hypothesis if it does not fit with the evidence.” (p.10.) And: “But this is quite simply not how science works. Scientists do not merely look for support for what they hope to be true; they design tests that can show whether their hypothesis might be false.” (p.35.) And: “Scientific consensus is the gold standard for rational belief.” (p.137.)

It’s laudable, of course, to be humble, skeptical, and willing to change one’s mind, but I don’t think that embracing these qualities is the sine qua non of science. I’ve met quite a few practicing scientists, and I’d wager their propensity for dogmatism is about the same as anybody else’s. And in fact, many revered and consequential scientists were dogmatic, arrogant, and steadfastly (and even irrationally) committed to proving their own theories despite strong evidence to the contrary.