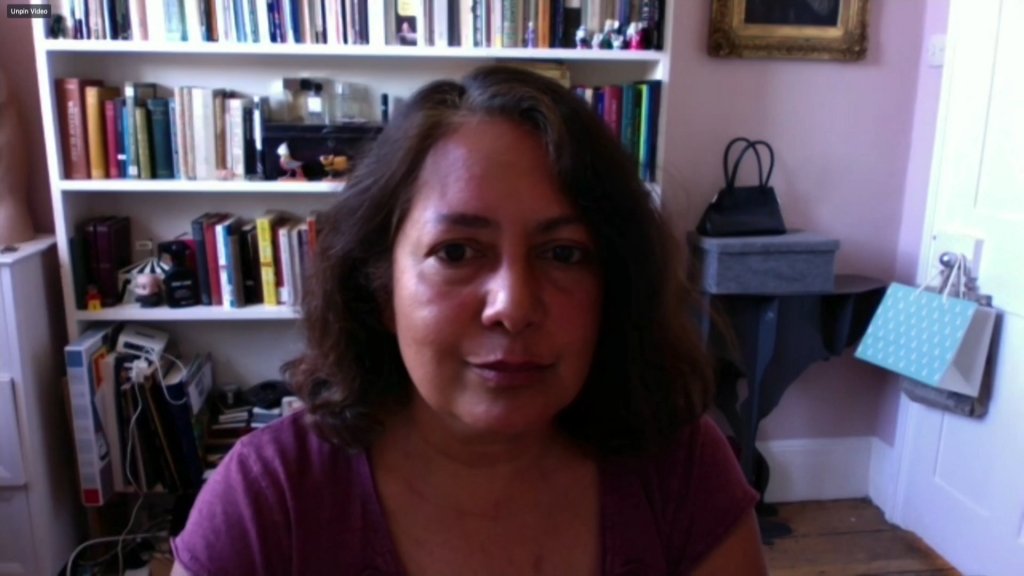 Sunetra Gupta, Professor of Theoretical Epidemiology at the University of Oxford and a founding member of the Great Barrington Declaration, says there is no case for a full roll-out of Covid vaccine ‘booster’ doses. Writing in the Telegraph, she suggests that while it is “reasonable” to offer the extremely vulnerable a booster jab, “it can be to no-one else’s individual gain to submit to a third jab, having already reduced the risk of severe disease (which was very small in the first place for most) by receiving two inoculations.”

All of these speculations and ethical entanglements can be avoided by acknowledging that the vaccines have already brought focused protection to those who needed it in the U.K. and that now the best course of action is to rely on natural immunity to maintain and consolidate a normal state of living with this virus. These booster shots should be going into the arms of the many vulnerable people around the world who have yet to receive a single dose. It is shameful that we have not done this instead of pushing vaccines onto those who were in no need of them in the vain hope of preventing the spread of the virus in more affluent countries.

It is also deplorable that it is being argued that we should vaccinate the rest of the world in order to prevent them from remaining a breeding ground for new variants. It is unlikely that a mutant will arise which evades immunity against severe disease conferred either by vaccination or natural infection. It may be better able to cause reinfections which will then allow it to displace the prevailing variant, just as the delta variant has taken over in many places.

However, these ‘take-overs’ do not imply that the incoming variants are hugely more transmissible. It is crucial that we learn to accept that new variants may outcompete established variants but that these will not increase the burden of disease in a population where the vulnerable have been vaccinated or experienced natural infection prior to becoming vulnerable.

In the unlikely event of the evolution of a variant which resists immunity to severe disease, we will have to develop new vaccines tailored to such variants rather than relying upon boosting pre-existing immunity. It is reassuring that the technology is there to do this on a short timescale, as the success of the current vaccines has shown. 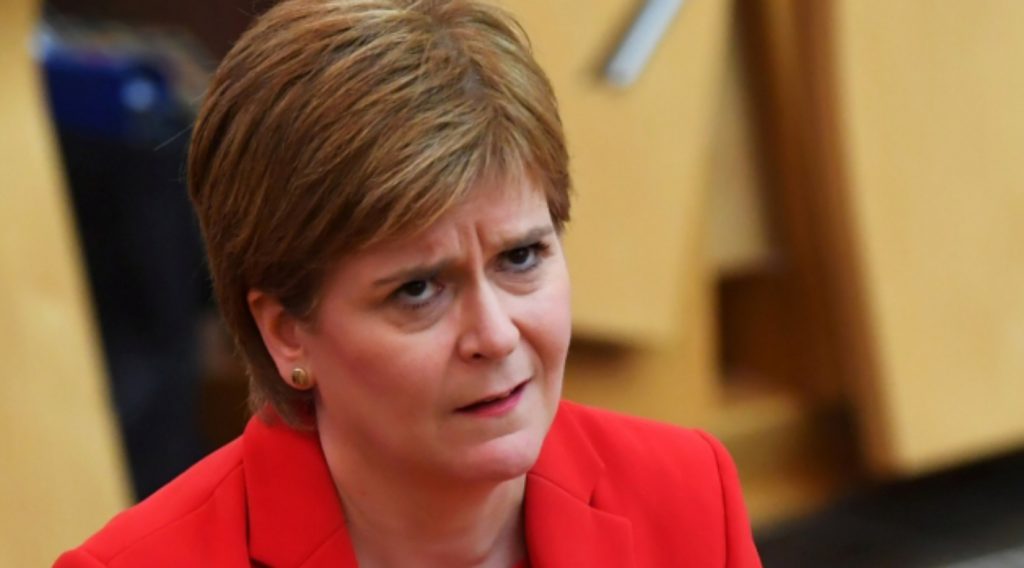 Nicola Sturgeon faces criticism from opposition parties and business leaders on her plans to force ‘large venues’ to check vaccine passports. The Scottish Liberal Democrat leader says his party is “fundamentally opposed” to vaccine passports and the Chair of the Night Time Industries Association Scotland says the plans are “completely incoherent”. But will this be enough? Guardian has more.

John Swinney, Deputy First Minister, had previously described passports as “the wrong way to go”, while the Scottish Greens – who last week entered a power-sharing agreement with the Scottish Government – described them as “discriminatory”.

Douglas Ross, leader of the Scottish Conservatives, told the Holyrood chamber at First Minister’s Questions on Thursday that the proposal represented “shambolic, last-minute, kneejerk decision-making” and suggested that tensions were already emerging between the SNP and the Scottish Greens.

Sturgeon replied that she believed businesses were showing “understanding and pragmatism… in recognition of the severity of the situation we face”.

But Neil Doncaster, Chief Executive of the Scottish Professional Football League, earlier issued a warning that the plans would have “significant unintended consequences” for clubs, with the proposals for events of more than 10,000 people affecting Scotland games and some Scottish Premiership matches.

He told BBC Sport Scotland: “It’s not clear what IT infrastructure will be in place, what timescales clubs will be asked to work to, or what can be done for those without smartphones.

“And it’s not clear if it’s going to cut across terms and conditions of seasons tickets already bought by people across the land.”

Although Sturgeon said on Wednesday that she hoped not to extend the measure to other venues, the Managing Director of the Scottish Licensed Trade Association, Colin Wilkinson, described it as a “threat hanging over the whole of the hospitality industry”. 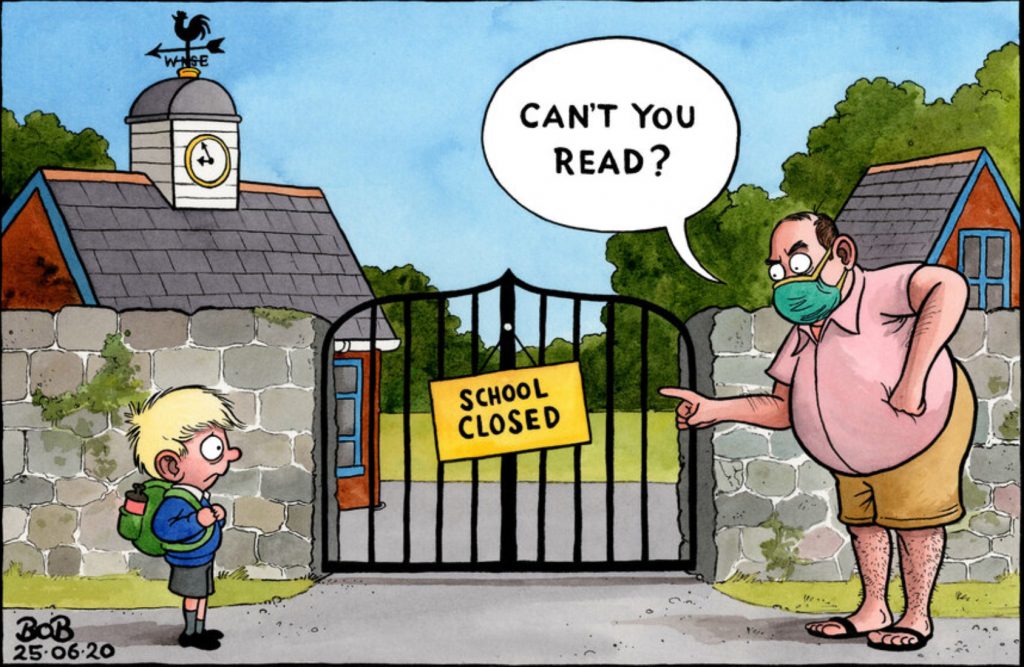 The British Government was (and is) so sold on the idea that lockdowns work that it forced schools to close for more time than any other country in Europe but one over the past 18 months. Children here missed more than double the amount of school than their peers in 14 countries on the Continent. The Telegraph has the story.

Between January 2020 and July 2021, British children have been out of the classroom for nearly half (44%) of days, according to a House of Commons Library analysis of data from the University of Oxford Covid Government Response Tracker.

Italy is the only European country where pupils have had more time out of school during the same time frame, with children missing 48% of days.

Youngsters in the U.K. missed more than double the amount of school than their peers in 14 other countries including Hungary, France, Spain, Lithuania and Austria.

Elsewhere pupils in Sweden and Finland have not missed any school at all, while children in Belgium missed just 4% of days. …

Headteachers attacked the Department for Education’s leadership during the pandemic, saying ministers have “had a tendency to double down on flawed policy decisions before having to perform U-turns”.

Stop Press: A new study has found that when schools were closed in Scotland, teachers were 50% less likely than the general working population to be admitted to hospital, and when they were open, the risk in both groups was roughly the same. GB News has the story. 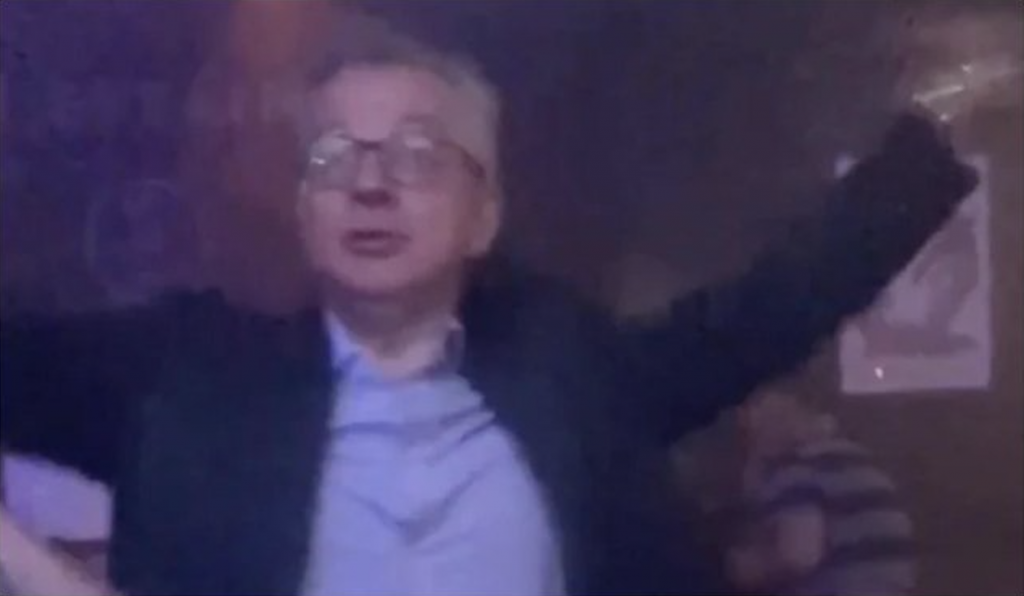 In my latest Spectator column, I say how pleased I was to see the pictures of Michael Gove enjoying himself on a night out in Aberdeen. It will make it that much harder for him to resume his advocacy of vaccine passports.

Scotland, after all, is experiencing a record number of coronavirus cases following the reopening of schools a few weeks ago, yet the minister was perfectly happy to visit several hospitality venues in Aberdeen without having to certify his Covid status. The implication of Gove’s night of revelry is that, like many of us, he’s decided to say good riddance to the restrictions that have been crippling the economy and wreaking havoc with people’s mental health and learned to live with the virus. The pictures of him posing for selfies, arm in arm with total strangers, his face and shirt pouring with sweat, were particularly refreshing.

Admittedly, the influential cabinet minister may not have intended to send a message that it’s time to get back to normal. This was a night out in Aberdeen, after all, not a Downing Street press conference. But the fact that he let his hair down in this way will make it harder for him to resume his position as the government’s finger-wagger-in-chief when it comes to restrictions on our freedoms.

It’s widely predicted that cases in England will start to surge as a result of our schools reopening – and will accelerate even more when university students go back — and no doubt the usual chorus of scientific advisers, public health panjandrums and NHS bosses will be clamouring for another lockdown. Before this, they could have counted on Gove as their closest cabinet ally. Now they may have to look elsewhere. For the minister to call for vaccine passports and other containment measures in England when he didn’t modify his behaviour in response to a case surge in Scotland will leave him vulnerable to the charge he cares more about protecting lives in England than in Scotland. 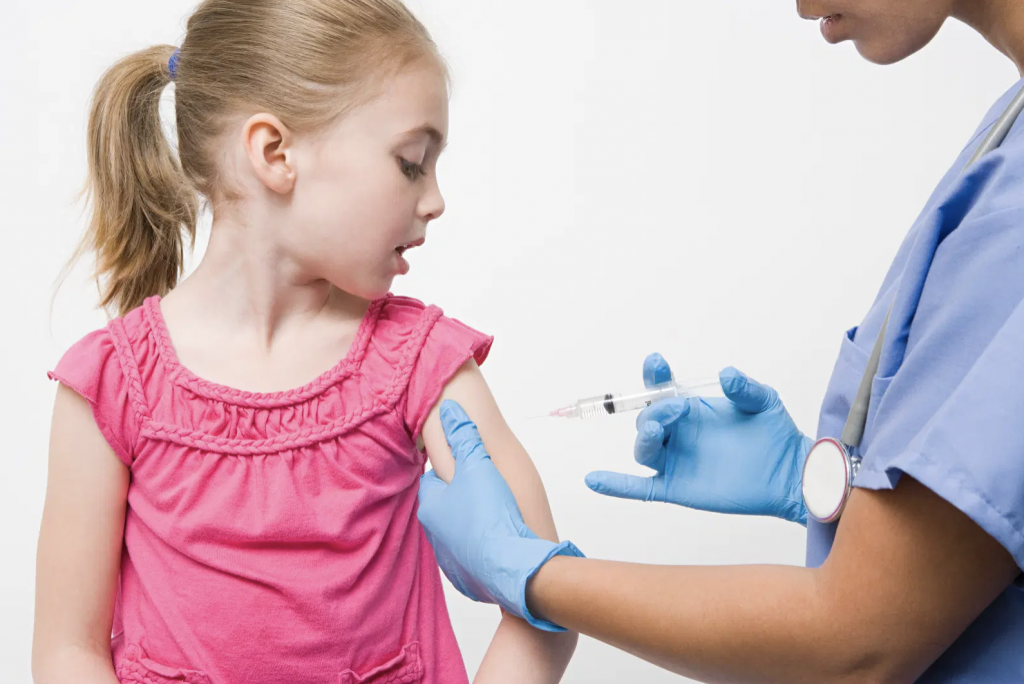 There follows a guest post by Lawyers For Liberty, a group of non-partisan lawyers committed to defending freedom and human rights.

Are you a parent? Is your 12-15 year old going back to school today? Are you worried about your child being given a Covid vaccine without your permission? Have you communicated with the school, but feel like you are being ignored?

Maybe you are concerned that ‘Gillick Competence‘ will be used to get your 12-15 year-old to make this complex decision alone?

Or that your child will be coerced or peer-pressured into making a decision without access to the full facts?

Lawyers for Liberty in association with the Jonathan Lea Network and Powerless 2 Powerful Parenting have created an anonymous “request a letter” to go from Lawyers for Liberty to your child’s school to let them know of the legal consequences of relying upon a child’s consent for a Covid vaccine, especially if a parent has specifically not consented.

We, as Lawyers For Liberty U.K., will send an anonymous letter or email to schools on behalf of parents who are concerned about schools relying on their child to make a decision about whether or not to get jabbed.

If you’d like Lawyers For Liberty to sent a letter or email on your behalf, fill in this form. You can read a note on the legal issues involved here and the pro forma letter here. 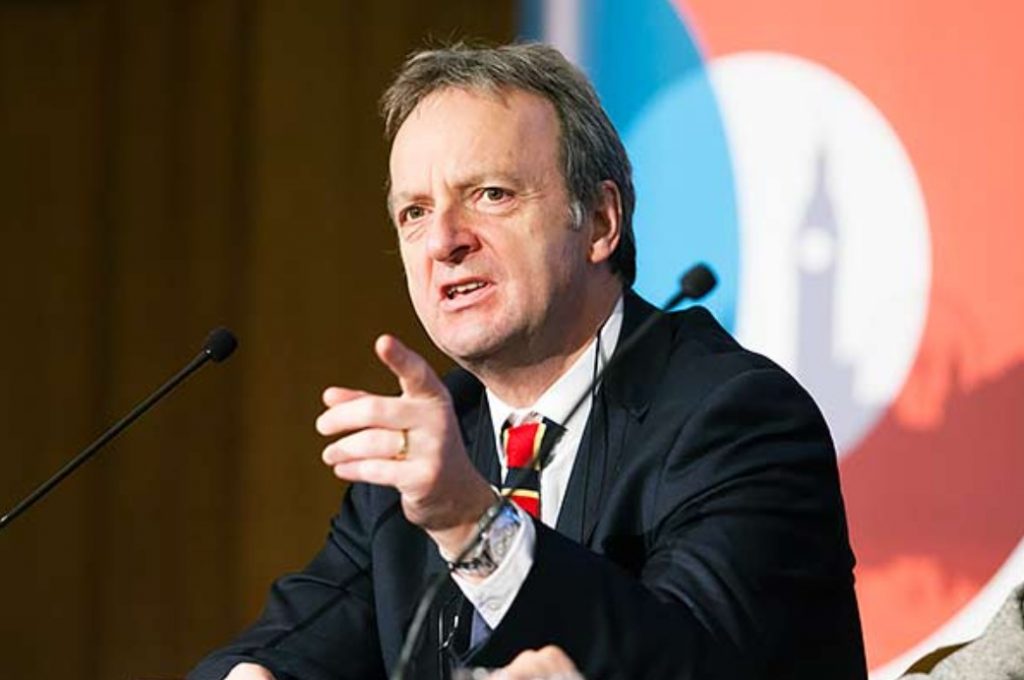 The latest findings of the world’s biggest study into ‘Long Covid’ in children and young people (CYP) – the CLoCk study from University College London – have been published as a pre-print.

Surveying 11 to 17 year-olds who tested positive for COVID-19 in England between September and March, the researchers found that the condition is not common in children and young people. This is in line with other studies into Long Covid.

As with earlier studies, symptoms were prevalent in those who tested negative as well as those who tested positive, complicating the picture of the condition which the authors acknowledge lacks clear definition.

Further confusion was sown by the fact that reported symptoms increased rather than decreased after three months, leaving the authors puzzling over the explanation.

Three months after the SARS-CoV-2 test, the presence of physical symptoms was higher than at the time of testing. This finding emphasises the importance of having a comparison group to objectively interpret the findings and derive prevalence estimates. Although 64.6% of test-positives reported no symptoms at time of testing (compared to 91.7% of test-negatives), they did not continue to remain asymptomatic, with only 33.5% of test-positives (and 46.7% of test-negatives) reporting no symptoms at three months. This finding warrants further exploration and could be due to self-selection into the study because they were experiencing on-going symptoms, recall bias, external factors relating to the pandemic such as returning to school and exposure to other sources of infection, and the actual trajectory of the illness, although this wouldn’t explain the high prevalence among test-negative CYP.

In terms of physical symptoms – tiredness, headaches, shortness of breath, loss of smell, and so on – the researchers found there was a somewhat elevated prevalence of these among the test-positive compared to the test-negative, though both had increased over the three month period.

The 14% difference reported here between the 30% of test-positives and the 16% of test-negatives who had three or more symptoms at three months is likely to be the study’s most accurate estimate of the prevalence of Long Covid in the sample population.

However, as the BBC’s Nick Triggle notes, the low response rate and selection bias towards the unwell in the survey may mean the true prevalence of Long Covid is more like 2%.