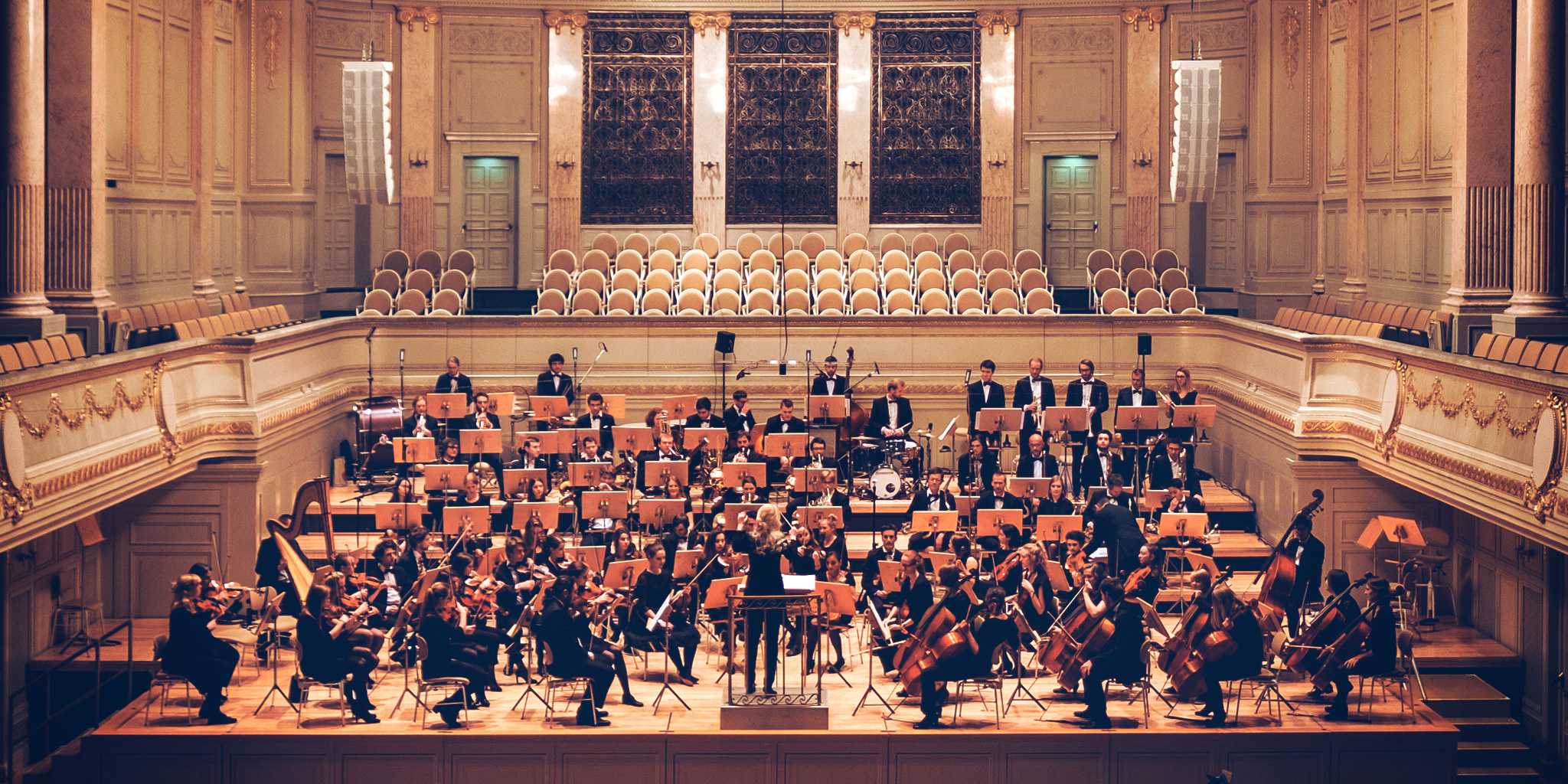 I am writing to advise you that English Touring Opera is going through some significant changes over the next few seasons.

Some of these changes will directly affect the composition of the freelance orchestra engaged to tour.

The orchestra has always changed, season to season – just as the company on stage and in the wings has changed regularly – but for a few reasons there will be quite a bit of change now.

As you know, the company has appointed a new Music Director, Gerry Cornelius. Gerry will be involved in advising on freelance orchestral engagements, as you would expect; he has been tasked with working with Phil Turbett on shaping the modern orchestra, and there have been recent auditions to inform that work.

English Touring Opera is committed to increasing all kinds of diversity in its team, and while there have been appreciable, steady advances on stage in this area, we have prioritised increased diversity in the orchestra. This is in line with the firm guidance of the Arts Council, principal funder of ETO’s touring work, and of most of the trust funds that support ETO.

I appreciate very much the commitment and achievement of all the freelance players who have achieved such high standards for ETO during my tenure with the company.

I know that all those players have achieved distinction in their work with other groups, in their teaching, and in many other fields. I recognise, too, that this last 18 months have been extremely difficult for freelance artists and technicians.

I know that you are not likely to read gratitude into this message – but I assure you that I do feel grateful for what you have brought to ETO in the seasons during which you have played so far.

The orchestra has compounded the backlash to its actions by issuing a follow-up statement on its website awkwardly attempting to defend its position, following a slew of negative press attention:

English Touring Opera engages freelance orchestral musicians for seasonal work, on the basis of excellence, in the same ways as singers and technical staff are engaged for seasonal work. For decades, English Touring Opera has worked with different players for different repertoire and with specialist period, contemporary and chamber groups. When players are engaged for a season, they are advised that a seasonal booking bears no obligation for player or company for future seasons.

This summer English Touring Opera held open auditions for orchestral musicians in order to continue to hear the very best artists in this country, and strengthen the broad pool of players on whom the company calls. Panellists for those auditions were Gerry Cornelius (Music Director), Holly Mathieson (Associate Artist), Philip Turbett (Orchestral Manager) and guest Chi-Chi Nwanoku (distinguished orchestral musician, and founder of the Chineke! Orchestra). The auditions were immensely rewarding and exciting; several musicians were offered opportunities to work with English Touring Opera for the first time, based on their ability.

English Touring Opera Director James Conway wrote to a number of players who had performed on tour with the company in seasons 2018 and 2019, but who were not going to be asked for Spring 2022, to advise them of this, to thank them for their work in other seasons, and to indicate that English Touring Opera could ask them to perform in future seasons. …

English Touring Opera is proud of its commitment to the community of high-quality freelance musicians on which the company depends and welcomes talent from the wide range of backgrounds represented amongst them. We will continue to consider every opportunity to work with staff and artists from increasingly diverse backgrounds, wherever we find professional excellence and know that this ambition will only improve the quality of our performances.

We recognise the Musicians’ Union mission to champion all their members and are confident that the Union will continue to find English Touring Opera a supportive and fair producer.

The orchestra’s management appears to be attempting to claim after the fact that since no-one is technically employed full-time, it reserves the right to drop them whenever it likes. This might be technically true although the letter sent to the musicians in question makes it quite clear what the reasoning is.

The Musician’s Union, the organisation ostensibly tasked with defending the interests of those in the already precarious world of the performing arts, spent much of 2020 meekly asking for more bailouts and grants from the Government while wholly endorsing the lockdowns and related policies which decimated their own members’ livelihoods. Incidentally, it also had precisely nothing to say about what effect vaccine passports might have on the touring prospects of its members who, for whatever reason, have chosen to decline the offer of a Covid vaccine.

It did however find time to host various virtual seminars on trendy identity politics issues for its baffled and newly insolvent members, sat at home and often not qualifying for the Self-Employed Income Support Scheme (SEISS), due to having set themselves up as limited companies or by having just over 50% of their income from a PAYE source such as a teaching position. Sensing objection among the ranks, and perhaps after a raft of hasty departures, the Union appears to have deleted all its tweets before June 2021 and largely steered clear of such obscure topics since.

Nevertheless, the Union was “appalled” at the heavy-handed tactics of the ETO, and released the following statement:

The Union is appalled to hear that a number of members have been sent a letter by English Touring Opera (ETO) stating that they will not be booked for the 2022 tour. This equates to almost half the orchestra losing their roles.

While the MU lauds efforts to increase diversity in the workplace, this should be achieved fairly and legitimately, not by “sacking” half an orchestra.

We have spoken with Arts Council England at length about diversity and inclusion and ways in which this can be appropriately promoted within the orchestral sector. The unexpected and brutal decision taken by ETO risks undermining any positive efforts Arts Council England (ACE) might make in this regard. The MU will be writing to ACE to officially raise a concern about ETO in this regard.

There has been an understandable outcry from MU members in response to this news today. It comes at an especially devastating time for our freelance community and musicians in general, with so many struggling with little work and income during the COVID-19 crisis.

One can’t help but note the irony of an organisation like the MU balking in this way at the real-life consequences of the kinds of policies it has been pushing for. It’s not made clear exactly what speed of change they would be happy with, or how representative (or indeed over-representative) they would like any given music company to be, but the cognitive dissonance is striking.

One musician friend of mine shared with me his letter on the matter to the MU (shortly after leaving it), which sums it all up pretty well:

You’ll remember that my resignation letter contained a warning about the obsession with Equity and Diversity being necessarily zero-sum and divisive, as well as useless in addressing any real prejudice and disparity or redistributing opportunities.

Not a day goes by without seeing positions advertised to musicians of diversity X or Y only, or getting calls from fixers asking me to recommend a ‘non-white, non-straight, non-male musician’ for Z.

These practices used to be called “discriminatory”. They are now called “non-discriminatory”. Just like “inclusion” really is “exclusion”. A beautiful paraphrase of the 1984 dystopian slogan: “War is peace, freedom is slavery, ignorance is strength.”

The MU has been working tirelessly to create precisely this perverse system of incentives for producers. Acting “appalled” now that it all comes to fruition reveals the extent to which the organisation is out of touch. This is the world you created.

I certainly feel vindicated in my decision to withdraw my support, but I hope that this regrettable incident might act as a wake-up call.

Stop Press: Zoe Strimpel writes in the Telegraph today that “the sacking of white members of the English Touring Opera shows how woke will destroy the arts”.

Booster Jab Invitations to Be Sent to 1.5 Million People in England This Week

Advice for Parents Concerned About the Vaccination of Their Healthy Children