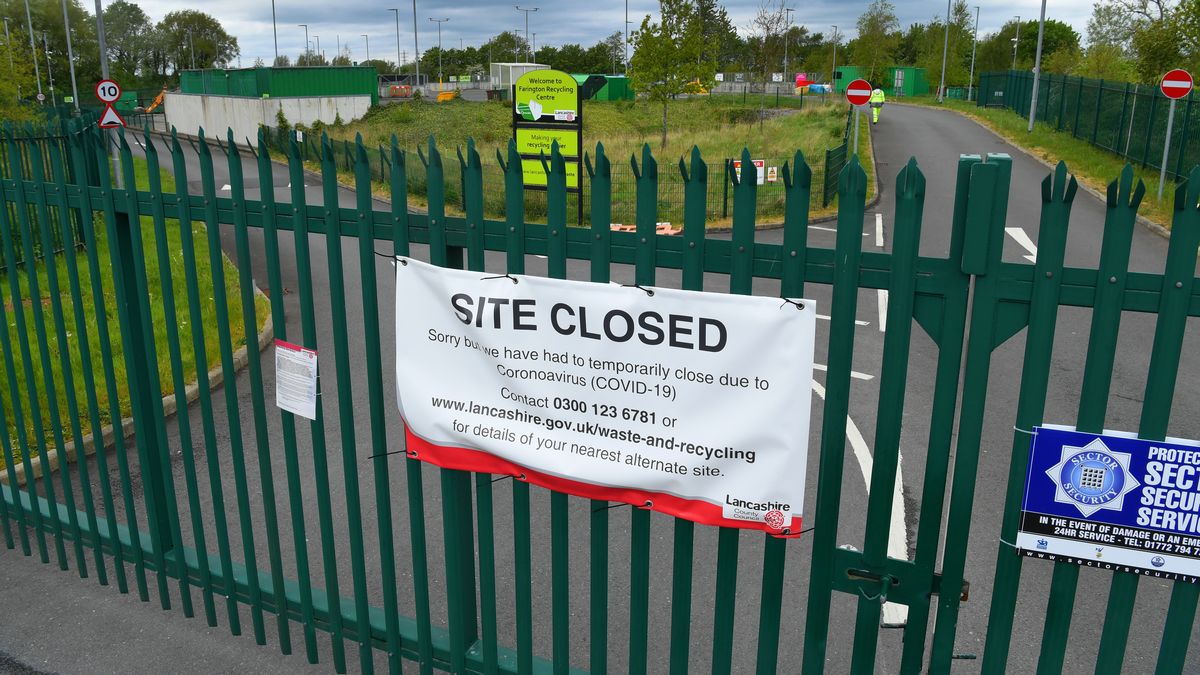 I finally went to the tip on Sunday to clear out the junk and defunct household items that had been accumulating since March 2020. I’d been putting it off because since the first lockdown the local tip had introduced an inconvenient booking system and all manner of the usual ‘Covid safe’ nonsense. Bear in mind that this is a facility that exists entirely outdoors and so where the risk of transmission is minimal.

I was waiting for the restrictions to be lifted so that I could just turn up, in the handy, old-fashioned way, and not be harassed by the tiresome ‘safetyist’ propaganda. This had taken considerably longer than I had anticipated, however, and now ‘Freedom Day’ had come and gone, and still the booking system remained stubbornly in place. The rest of the country may have lifted restrictions, but not the tip.

So when the microwave gave up in quick succession to the coffee machine and I faced the prospect of a garden filling up with broken small electrical appliances, I finally admitted defeat and booked myself in for a slot. It was, as predicted, irritatingly inconvenient, as having made the arrangement for three o’clock on the Sunday I now felt bound by it and had to arrange my day around it. The fact that the weather turned out unexpectedly summery and we ended up at a classic car show only meant that, come the hour, I had to drag my two small children away from the enticing bungee bounce in order to be able to make my time.

On arrival at the recycling centre (as the tip is now styled) it was like stepping back to April 2020. Large illuminated signs warned the approaching visitor of the dangers of Covid and reassured them there were numerous measures in place for their safety and to prevent the spread. Staff would not be able physically to help with disposing of items, the signs declared. That’s a noble sacrifice on their part, was the unkind thought that went thought my head.

I was delayed in gaining access as the driver of the car in front of me was engaged in a lively discussion with the guardian on the gate. It seems the poor man had not booked his slot so was to be denied access; he had naively assumed that ‘Freedom Day’ had meant he could now just turn up. It was not possible for him to book a slot for the same day, even if they were not all full, so he would have to come back another day. He drove off with what I imagine was a new appreciation of how seriously council workers take Covid safety.

I was ushered in (my car registration being recognised from my booking information) and drove myself to one of the socially distanced parking spaces that had been marked out in tape to keep us all sufficiently far apart. I estimated that the capacity of the recycling centre had been cut in half by these arrangements. Many of the workers were standing around doing very little. They’d love to help, of course, but it just wouldn’t be safe to do so.

During the 15 minutes I was there, the place almost emptied out. “It’ll quieten down now,” said one idle worker to another. Was it really necessary then, I thought, to have sent away the car ahead of me just 15 minutes earlier?

Distancing, restrictions, compulsory booking systems and so on have all gone from pubs, restaurants, supermarkets, and anything in the private sector that relies on paying customers to stay afloat. In the public sector, though, where more customers just means more work rather than more money, there is no rush to return to normal, to restore convenience, to encourage usage, to provide assistance. Is this because public sector workers are more conscientious in their Covid safety measures? Or is it much more likely because it suits them to keep the measures in place?

At the British Medical Association conference later this month medics are going to be told that GPs should be allowed to “dictate the pace of a return to ‘business as usual’”. Small wonder then that many people are finding it very difficult to get an appointment with their doctor, especially face-to-face.

Public sector organisations are always prone to producer capture, where the interests of the workers in an easier life take precedence over those of the customers in convenience and quality. Covid has just made matters a whole lot worse.