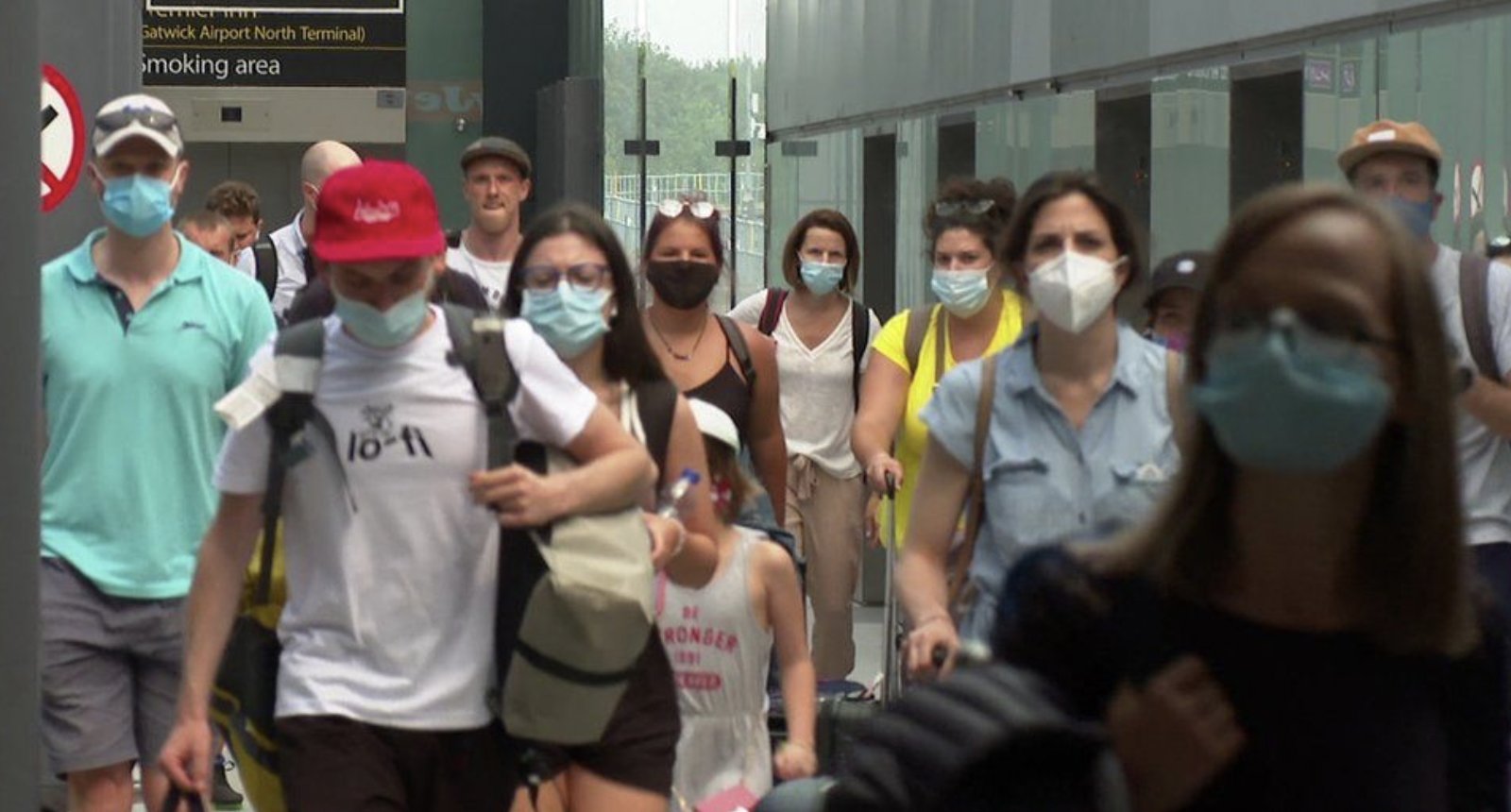 Airports and airlines say they are having the busiest weekend since the start of the pandemic, but continued restrictions on travel mean this summer season will once again be far from normal for the industry. Firms believe that the Government’s unpredictable approach to travel – best demonstrated when it threw Portugal on the “Amber List” with very little notice, ruining the holiday plans of thousands of Brits – has damaged confidence. BBC News has the story.

Heathrow Airport expects 60,000 passengers to depart daily, while Gatwick says it expects 250 flights a day – up from a low of just 15.

But the numbers are still far below pre-pandemic levels.

Spain is the top destination for U.K. travellers, followed by Greece.

After 18 months in which the travel industry has been devastated by the pandemic, companies including Easyjet, TUI and Jet2, as well as major airports, said they would have more passengers this weekend than at any time since the pandemic began.

Manchester Airport said it was “an encouraging but tentative step towards recovery”, but it said the Government’s “chaotic and unpredictable” approach to international travel had damaged confidence.

Easyjet suggested the vaccination programme had given the travel industry a boost, with many Britons saying they were much more likely to be willing to travel once they had been double-vaccinated and that travel had been a major motivation for getting jabbed for many of them.

At Gatwick on Friday, several passengers said they were travelling for the first time since the pandemic began.

Many were heading on beach holidays, while others were visiting family for the first time in many months. …

Laura, on her way to the 70th birthday party of a friend in Northern Ireland, said: “It’s just so exciting to get on an aeroplane again.”

But she said it was sad to see the airports still with several empty car parks and closed terminals.