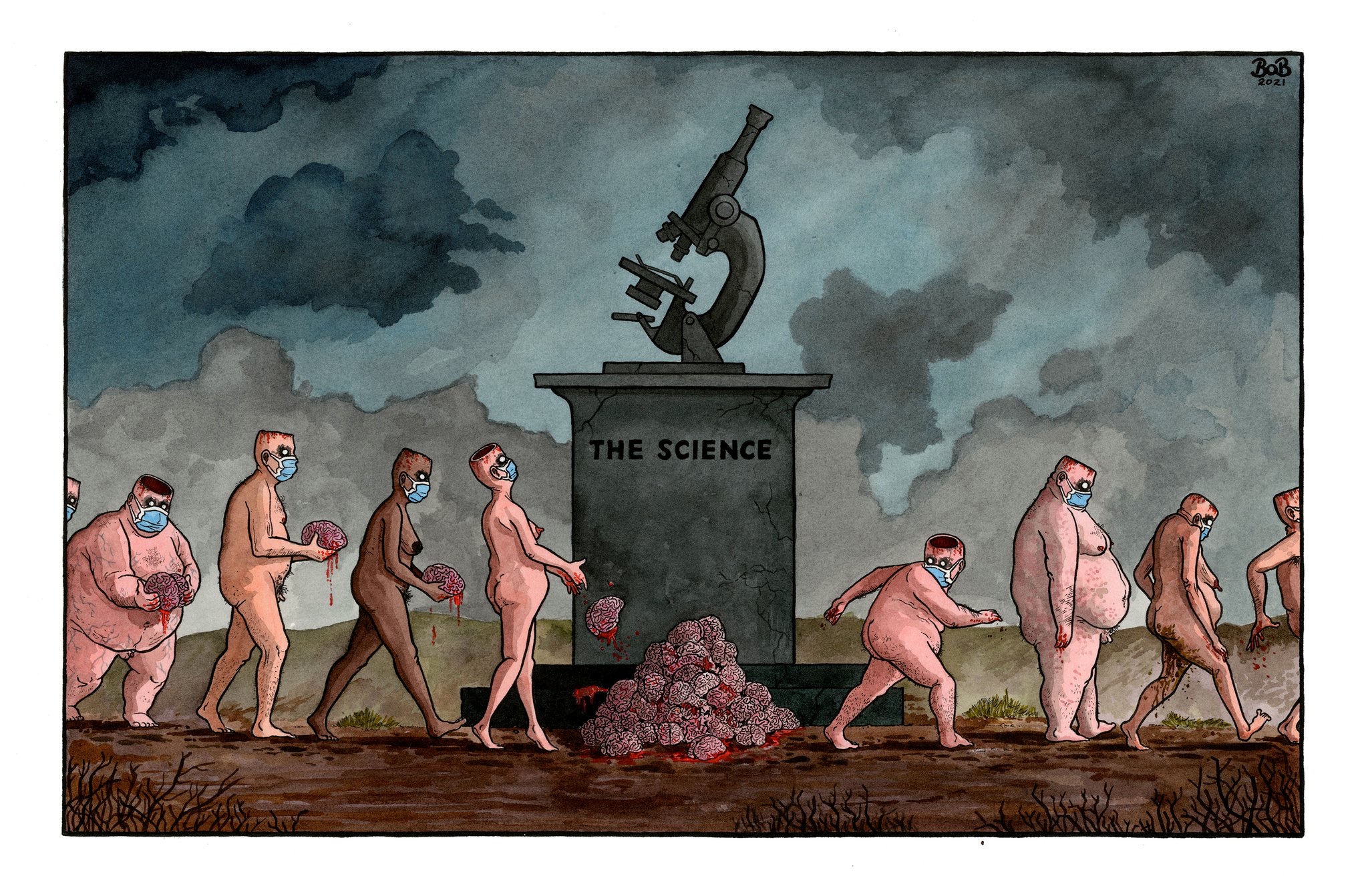 The name of this website is about to change from Lockdown Sceptics to the Daily Sceptic. I intended this change to coincide with the bonfire of the coronavirus restrictions – the long-awaited terminus – but ‘Freedom Day’ has turned out to be a damp squib. Not only have many of the restrictions remained in place, but it’s been made clear by Chris Whitty and others that any freedoms we’ve been granted today will be snatched away as soon as the NHS comes under pressure again.

I always imagined I’d retire Lockdown Sceptics one day – turn it into an archive that would serve as a record of a dark period in our history – but after almost 16 months of continuous activity, it has developed in ways I hadn’t anticipated. I don’t just mean it averages 1.5 million page views a month and has almost 15,000 email subscribers, as well as a staff of seven. It has also attracted a community of regular contributors and commentators, either above the line, below the line, or in the forums, as well as a team of tireless moderators. Together, we’ve created a kind of intellectual home for tens of thousands of people, and I get regular emails from people all over the world telling me that if it wasn’t for Lockdown Sceptics they would have gone mad.

So instead of shutting down the site, I’ve decided to turn it into the Daily Sceptic. All of the original content we published will still be there, organised under the headings you can see on the right-hand vertical, and the focus will be on the lockdowns and associated restrictions for the time being. But the subject matter will be a bit broader. I wanted to create something more permanent, something that wasn’t contingent on lockdowns continuing forever, but which was imbued with the same irreverent, antic spirit as the original site, and the same rigorous, analytical approach.

So the Daily Sceptic will include sceptical articles by disaffected journalists and academics – including citizen journalists and independent scholars – about a range of public policies that are supposedly based on science or data or evidence, where ‘the Science’ is being invoked as a source of unassailable authority, but which often appear to be rooted in a covert political agenda. The idea is to challenge the new powerful class of government scientists and public health officials – as well as their colleagues in universities, grant-giving trusts, large international charities, Silicon Valley and the pharmaceutical industry – that have emerged as a kind of secular priesthood during the pandemic. And to challenge them on their own terms, much like the group of citizen journalists who successfully rehabilitated the ‘lab leak’ hypothesis after it had been designated a ‘conspiracy theory’ in the pages of the Lancet. (Scientific and medical journals will also be in our sights.)

The temptation when debunking ‘the Science’ behind these policies is to see sinister cabals at work, bent on some secret plot to subvert democratic institutions and usher in a New World Order in which they control every aspect of our lives. But as someone who’s earned his living as a journalist for over 35 years, occasionally with a front row seat on the inner workings of government, I’m a subscriber to the cock-up theory of history. I see a great deal of vanity and hubris in the state’s mismanagement of this crisis, but not much planning or conspiring. I don’t doubt that plenty of clever, successful people in the Government’s orbit have seized upon opportunities during the past 16 months, enriching themselves or consolidating their power and status in some other way, and a fair few are now doing what they can to keep the gravy train on the road. But that’s a far cry from the ‘Plandemic’. History can in rare circumstances be bent to the will of an extraordinary individual, but it is never planned. Societies ‘reset’ themselves all the time, but not in a way that’s ‘great’ if by that is meant ‘permanent’, and I doubt even Klaus Schwab really believes that. He’s just a carnival barker standing outside a tent called ‘Davos’ and we shouldn’t take his flimflam too seriously.

I know some readers will disagree and I look forward to seeing that debate play out in the pages of the Daily Sceptic, much like it did in Lockdown Sceptics. I’m a free speech zealot. In February 2020, a couple of months before I created Lockdown Sceptics, I helped set up the Free Speech Union, a non-partisan, mass membership public interest body that stands up for the speech rights of its members and campaigns for free speech more widely. The timing was perfect since one of the hallmarks of the coronavirus crisis has been the suppression of dissenting voices within the scientific and public health communities – the creep of cancel culture into the hard sciences. That process was already underway, as any doctor who dissents from trans orthodoxy can tell you, but the pandemic acted like an accelerant. The Daily Sceptic, like Lockdown Sceptics, will campaign against this new climate of Maoist intolerance that is sweeping through our most important institutions and companies – and that includes taking the Mickey out of woke gobbledegook. Scientific censorship is a deadly serious business, but the way to take down the would-be Torquemadas is often to aim at the funny bone.

I hope you enjoy the new site. Do keep the contributions coming, both above and below the line. (Our email address remains the same.) And if you appreciate what we do, please help us keep the wolf from the door by making a donation. The Daily Sceptic, like Lockdown Sceptics, will be a labour of love, and the staff of seven is now a staff of five: me, Ian Rons, Will Jones, Noah Carl and Michael Curzon. But we also have wives and girlfriends and mortgages and families, and every little helps.

If you’re a subscriber to the daily email newsletter, you’ll still receive it but we are going to start sending it out from a new domain – DailySceptic.org – from tomorrow. So if you suddenly stop getting it, check your spam folder and if it’s in there move it to your inbox. After that, it should go straight to your inbox.

If you’re a below-the-line contributor, or someone who participates in the Forums, you’ll still be able to do that, but the site change means you’ll be logged out and you’ll need your username or password to log back in again. If you can’t remember them, just use the reset facility, although you’ll need to know one of them to reset the other. If you can’t remember either, email Ian Rons on lockdownsceptics@castironsolutions.co.uk.

The data we use to send out the daily email newsletter is owned by Lockdown Sceptics and we are transferring it to Skeptics Ltd, a company we’ve set up to publish the Daily Sceptic. We won’t be passing on this data to anyone else, but if you object to this transfer then please contact Ian Rons, our Data Protection Officer, at lockdownsceptics@castironsolutions.co.uk, within the next seven days and we’ll delete your data from our database.

Peak of the Delta Surge Elusive for England, While Scotland’s Decline Continues