A Doctor Writes: “Why the Panic?” 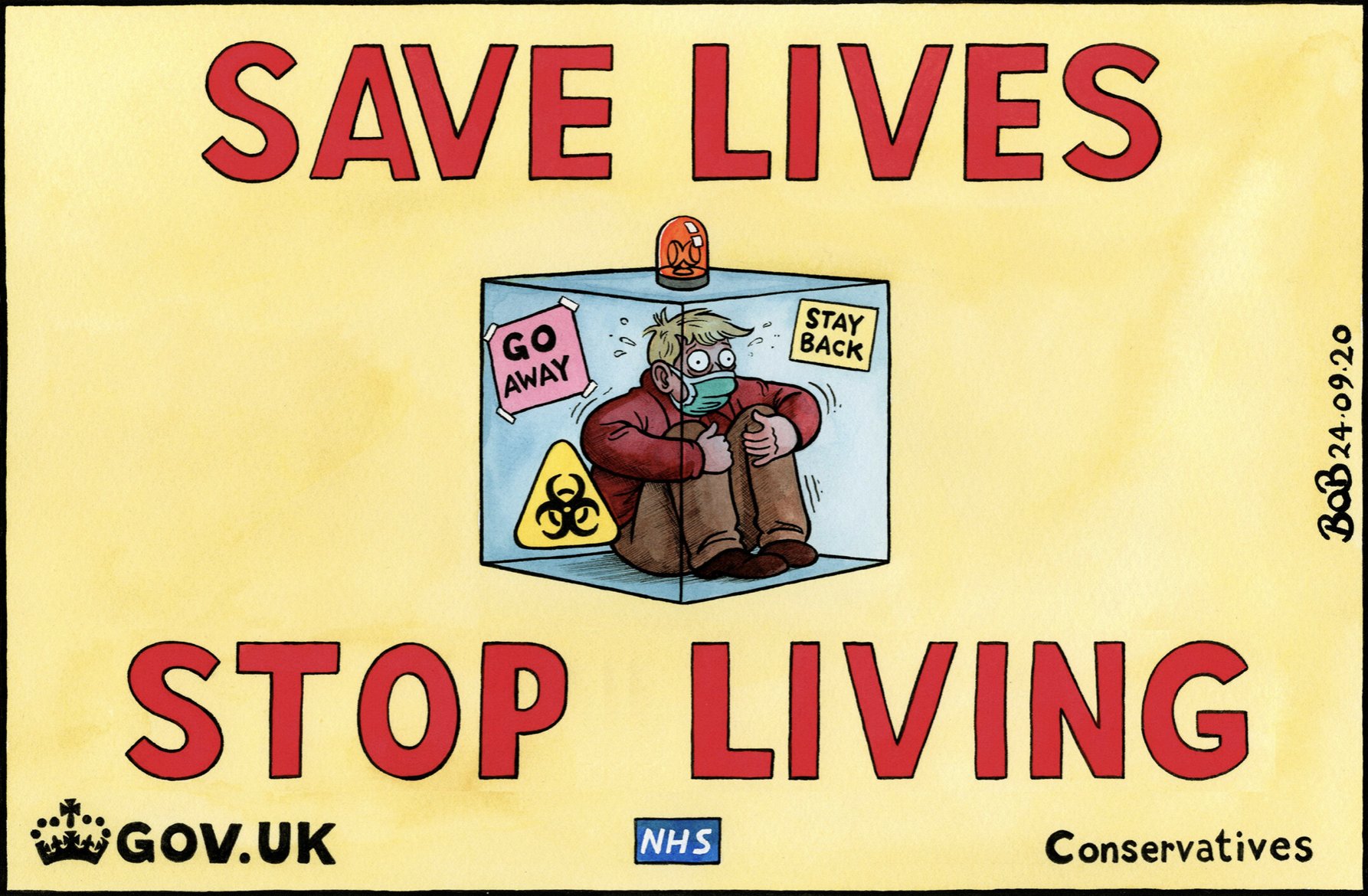 There follows a guest post from our in-house medical expert, formerly a senior NHS doctor.

At the end of March, I thought I’d written my last article for Lockdown Sceptics. All the data was pointing in the same direction – hospitalisations falling, vaccinations increasing. I firmly believed that we would be back to normal by the summer and there was no further need for me to comment on graphs of hospital admission data.

But I’m back. Not because hospitals are once again packed with Covid patients, but precisely because they aren’t. Last week I wrote a piece showing that hospital admission rates and intensive care occupancy continue to fall – yet we are exposed to a daily diet of catastrophising about rising community ‘cases’ and deadly new variants to justify continuing societal restrictions.

So, let’s have a look at the news of hospitalisations increasing. Graph One shows the admissions from the community broken down by English regions from April through to June 8th. Indeed, there is a scary looking increase in admissions. The biggest increase proportionally seems to be in the North West and the Midlands.

But let’s put this into context by looking at Graph Two. Not quite so scary. The Prime Minister is correct in saying that hospitalisations have risen in the last few weeks. He must have forgotten to mention how that relates to the overall context – in that the rise is negligible in practical terms.

And the case mix continues to reflect a different segment of the population being badly affected enough to be admitted to hospital. Graph Three shows a continuing increase in the proportion of younger people and a continuing drop in the older, more vulnerable age group admitted to hospital. The difference is substantial, consistent and obvious. We know that younger people are less likely to be seriously ill, less likely to need prolonged admission and far less likely to die. So why the panic? Continuing to measure ‘Covid cases’ in the community makes about as much sense as testing for the common cold – also frequently caused by a coronavirus, by the way.

If we consider the peak-to-trough progress of Wave One in spring 2020 running from the peak day of April 12th, 2020, and Wave Two in Winter 2021 from January 14th, we derive Graph Four. The angle of the downslope in Wave Two is steeper than in Wave One – the angle of the slope basically shows the difference between admissions and discharges. It may mean that as the winter progressed, admissions fell off faster due to the vaccination effect, or that the really vulnerable people had already died, or possibly that the NHS became more efficient at discharging patients (although I find that hard to believe). I have cheated a bit in this graph because I’m not clever enough to run two ‘x’ axes, so I have combined 2020 and 2021. On the other hand, I think this is a useful comparison. The first wave was effectively over after 100 days (mid-July 2020) and admissions did not start to rise significantly until late November 2020. With Wave Two we see a similar pattern – effectively over after 100 days (mid-April).

My question therefore is, why is SAGE predicting an imminent substantial rise in hospitalisations leading to an immediate Wave Three? Given that we know there is a measurable protective vaccine effect, and we know the epidemiology of last year when the virus encountered a naïve population, is it a reasonable assumption to predict a massive rise in severe Covid illness rates before winter 2021?

Is it really likely that the next few months are going to be worse than the same time last year unless we maintain the lockdown policies, mask-wearing and the restriction of foreign holidays – which by the way were permissible in 2020?

It may be that there is information suggesting that these outcomes are likely – if that is the case, I have yet to discover it, and I have actively searched. Isn’t there an onus on the Government to provide a better rationalisation for the continued restriction of civil liberties than “just a few more weeks”?

Regular readers will know I eschew hysterical over-reactions and am cautious about attributing bad faith to decision-makers – simply put, I’m far more comfortable discussing numbers than assessing motives. Generally speaking, I’m an adherent to the ‘cock-up’ school of disaster rationalisation – but the last few months have changed my mind.

I simply cannot understand, based on my assessment of the publicly available data, why restrictions are needed beyond June 21st, or why vaccinated people are prevented from foreign travel, or why 10 days of quarantine are necessary for people coming back to the U.K. from holiday. I cannot conceive of any rational explanation for restrictions on liberty any longer. Even the catastrophising hype merchant Chris Hopson (the CEO of NHS Providers) has reluctantly admitted that the link between infections and hospitalisation has been disrupted by the vaccination programme and the modelling predictions of imminent doom are completely incorrect.

And yet, we remain under more stringent societal restrictions than at this time last year – certainly in respect of foreign travel. Why?

Lockdown sceptics have been perplexed as to why our points have not landed with decision-makers or the wider population. I have concluded that the Government and its advisers are not playing the same game as more rational members of the British population. They select and present data points to justify political acts rather than as tools to inform decision making – a good example being Nadim Zahawi’s recent interview with Julia Hartley-Brewer, where he claimed that the “Indian variant” was more deadly than previous versions. When challenged on this point he resorted to waffle, which was calculated to deflect proper scrutiny of his assertion.

The last few weeks have brought me to the view that there is “something rotten in the state of Denmark”. For readers unfamiliar with Hamlet, the quote relates to the sinister politician Claudius, whose main weapon is the skilful use of language to manipulate others. In this sentence, Shakespeare implies systematic and widespread state corruption.

I also struggle to understand why important planks of medical ethics have been casually tossed aside in recent months. How is it that the Government is recommending vaccinating children with a brand new set of medications (the long-term effects of which are not known) for a disease that poses next to no threat to the young?

Why does the Government present “the Science” as a settled and incontrovertible set of facts, when scientific methodology relies on dissent, experimentation and discussion to arrive at the truth?

Why has there been a consistent exaggeration of risk by senior advisors, wheeled out by the executive as infallible paragons of public virtue?

Why has there been no official acceptance that in almost all cases the confident predictions made by these advisors about hospital admissions and death rates have been consistently in error by colossal margins? And why do they still retain such an extraordinary influence over decision making despite their appalling track record?

Why have these same advisors persistently implied that everyone is at equal risk from Covid when the available data clearly shows that the vulnerable groups are the old, the fat and the very ill and the risk to the majority of the population is extremely low?

Why has there been deliberate suppression by Ofcom of sceptical views about the veracity of Government statistics or the effectiveness of face masks? Why no reporting of substantial anti-lockdown protests in London? It has emerged that the official broadcast regulator classified reasonable opinions as ‘misinformation’ and ordered them to be removed from the airwaves. This is the behaviour of a banana republic – the equivalent of a military junta taking over the radio station – not of a modern democracy.

When John Maynard Keynes reflected on the behaviour of bankers during the 1929 Wall Street crash, he observed:

A ‘sound’ banker, alas! is not one who foresees danger and avoids it, but one who, when he is ruined, is ruined in a conventional and orthodox way along with his fellows, so that no one can really blame him.

He could have been describing the groupthink of SAGE scientists, featuring the life-long champagne communist and behavioural psychologist Professor Susan Michie – the advocate of permanent mask-wearing. Does she hope we will wear masks forever in order to protect public safety? Or is she arguing for a daily reminder for all citizens that the state now controls every aspect of our lives?

Too many convergent strands and vested interests can be identified, suggesting a coordinated, deliberate, state-run misinformation campaign to justify the suppression of civil liberties. Too many for it to be a coincidence, in my view. The concept of the natural rights of man has been the bedrock of British and American political philosophy since first articulated by the 16th-century philosopher (and doctor) John Locke. The speed with which we have surrendered those rights has been astonishing – but, as Lenin remarked about the Bolshevik coup in October 1917: “Years pass when nothing happens – then weeks pass when years happen.”

Yesterday, on my way to the corner shop, I passed a man sitting at a pavement café wearing a mask, which he lifted intermittently to inhale from a cigarette. Having thought about it all day, I concluded that this was a perfect vignette of what has happened to the country as a whole.

The British state has convinced café man that the Covid virus poses a greater threat to his health than cigarette smoke. Café man was content to inhale known carcinogens and other toxic fumes into his lungs, but careful to replace an ineffective facial barrier for fear of inadvertently breathing in viral particles.

I doubt he arrived at this position from a rational assessment of available evidence about relative risks. He probably came to the view because a democratically elected British Government deliberately convinced him to be more fearful of breathing fresh air than of inhaling tobacco smoke.

Once upon a time, we would describe that as an unethical policy. Now it is normalised. I am convinced that the British public has been repeatedly and deliberately deceived by both elected and unelected officials on an unprecedented scale and on multiple issues over the past 12 months. We are living in a ‘managed democracy’ where technocrats define truth, manipulate the media and alter the ‘facts’ to maintain control.

The state machine is now the master of the people, not the servant.

A lot more dangerous than any virus.