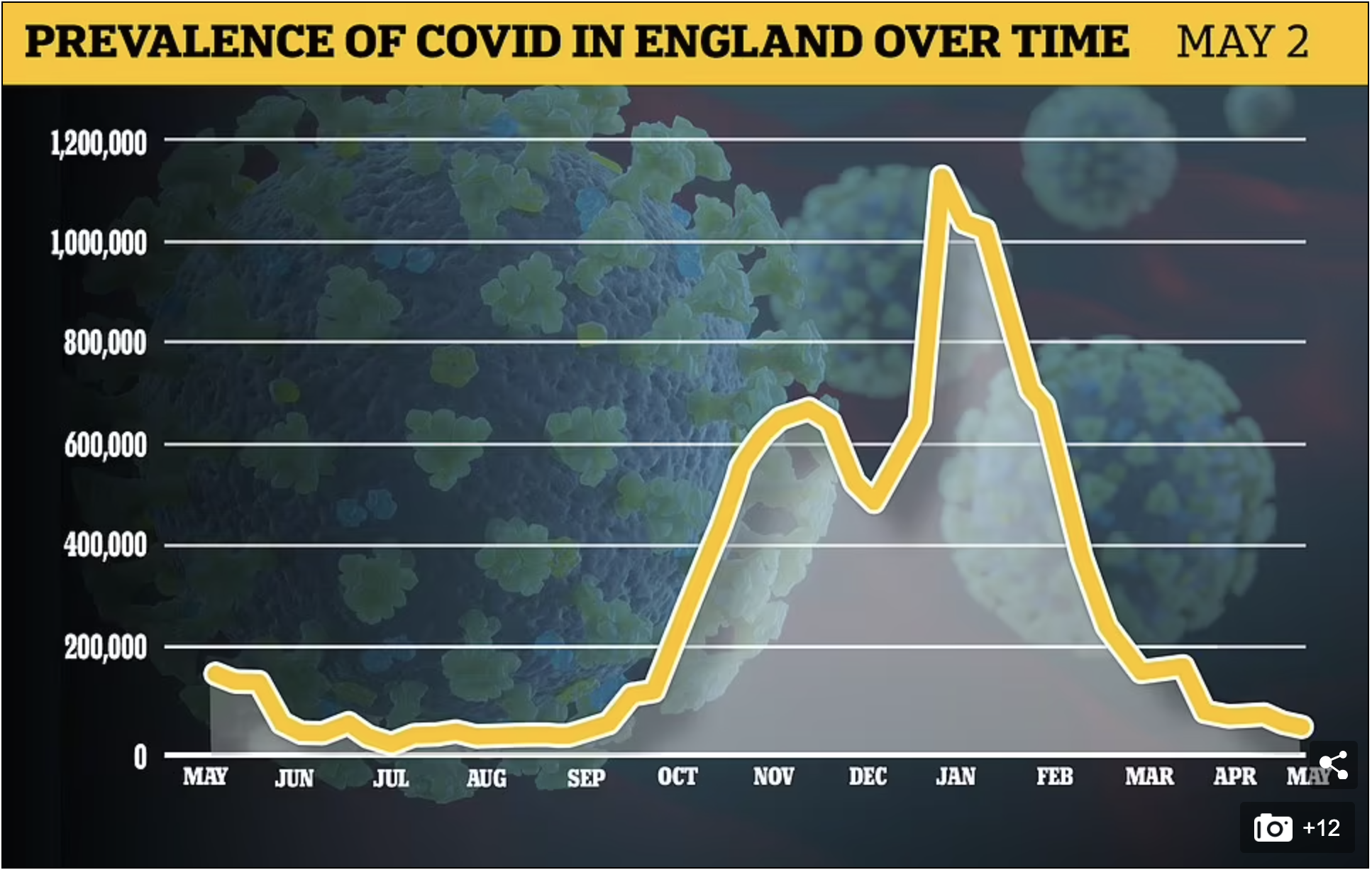 More good news today – if only Boris was paying attention to data, not dates. MailOnline has the rundown.

England’s coronavirus cases have halved in a month, the R rate is still below one, and the number of people in hospital has dropped below 1,000 for the first time since September, promising data revealed today.

Just 46,000 people had coronavirus in England on any given day last week, or one in 1,180 people, according to the Office for National Statistics (ONS). The figure was around 112,000 towards the start of April – and is down 15% last Friday’s estimate.

No 10’s top scientists said the reproduction rate – which tracks the spread of the virus – was between 0.8 and 1.0, meaning the outbreak is still shrinking. This was down from 0.8 to 1.1 in the previous seven-day period.

Meanwhile, NHS figures show the number of infected patients in hospitals across England has dropped into three figures for the first time since the second wave spiralled out of control nine months ago. Daily admissions are now below 100.

The data follows on from promising statistics from Public Health England and a symptom-tracking app yesterday, which showed the easing of restrictions on April 12th has not triggered any spike in the disease.

Boris Johnson is under mounting pressure to speed up his roadmap out of lockdown, with businesses and MPs warning that they risk suffering another lost summer if there are further delays. But the Prime Minister has refused to budge from plans to re-allow holidays and indoor hospitality from May 17th, despite promising he would be led by “data not dates”.

Come on BoJo. What are you waiting for? Reward the electorate for delivering yet another hammer blow to the Labour Party and set them free.

Under-40s to be Offered Alternative to AstraZeneca Jab

Another Postcard From Brazil