The Questions No One Dares Ask 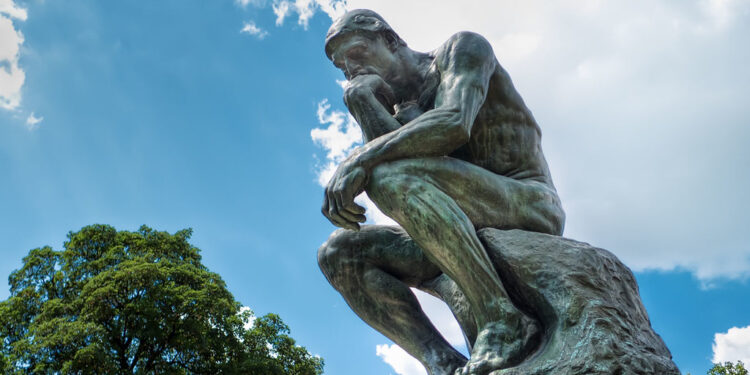 Why is no public commentator willing to tackle the single most important question the COVID-19 pandemic raises – the question of: ‘so what?’ Why does no one ask what it actually matters that people die from COVID-19, even if in their tens of thousands? Especially, what does it matter, given that, in the U.K. at least, the average age of death from Covid is around 82.4 years when our average life expectancy is around 81.4 years? After all, this is what people above the average age of life expectancy do: they tend not to join golf clubs, glee clubs or sailing clubs (even if a very few do). Instead, they die.

Of course, if anyone were actually to suggest that it does not matter if tens of thousands die from COVID-19, they would be accused of callousness and worse. But why should this be? What is it about death and dying from this disease that is so awful that we deem it appropriate to beggar our children’s and our grandchildren’s future in order to keep our parents and grandparents alive until they can die of something else?

In a world where there is neither divine justice nor divine mercy, where the best we can hope for when death exercises its inevitable dominion is that the atoms and molecules of which we are comprised are simply redistributed around the universe, surely there is nothing to worry about or be afraid of. In the face of a pandemic, surely we need only steel and remind ourselves of our ultimate destiny – reabsorption of our bodies by the earth, of the earth itself into star dust, and our conscious minds simply fading out like transistor radios when the power is cut.

Yet it seems that, confronted with the alleged fact that there is no possibility of the child lead off to the gas chamber waking up in paradise we are so appalled at the meaninglessness implied that we judge it worthwhile to put millions of people out of work and many tens of millions more around the world into poverty rather than follow where denial of God leads us. (It is inevitable that the economic impact of our reaction to the pandemic will be felt most keenly by the poorest – a fact recognised by the atheist when he asks how God could permit this – the answer, perhaps, being that He permits it in order to admonish the rich: to prick their consciences and to trouble their sleep).

It seems, indeed, that we are afraid – so afraid that not only do we not dare take our atheism seriously, we do not even take evolution seriously any more. COVID-19 is arguably the most Darwinian of all diseases, concentrating with laser-like intensity on the old and the ill, while sparing the fit and the furious young. But, just when you thought Darwinists would be cheering Covid to the rafters, not a one is to be heard anywhere.

Could it be that our reluctance to ask fundamental questions reflects our trepidation at the prospect of the dark seas over which, perforce, we must sail? That would certainly go some way to explaining our idolisation of health, since only the living can be healthy. And why, having idolised health, we have built an altar to it and created a temple around it, and peopled it with priests and princes. And why we make sacrifice of blood and treasure to this god.

Where is the blood, some might ask? We don’t see the blood because, as Nietzsche foresaw, our hands are dripping with it and there is no one and nothing that can wipe it away. How strange, though, that ours should be an age when the deliberate taking of life has never been easier, nor more acceptable – whether it be one’s own (in a nice way) in some sunny clinic in Switzerland, or of other peoples’ in the euthanasia of Belgium or Holland or Canada, or in the abortion mills of the world (most everywhere, albeit less easily in some Islamic countries where there still prevails a vestige of the Abrahamic insight that life and death are in the gift of God alone). Death, it turns out, is acceptable just if it is on the individual’s own terms (though of course, the views of the unborn are not taken into consideration, any more than of those who are already dead). The reason we don’t see the blood is because we suppose the colour of our hands is the colour they must be. Not only have we forgotten that there was once a way to wash them but we no longer see that they
need to be washed at all. But surely this need not trouble us: in place of God, whose death we proclaim, we have the certainties of science, certainties which allow us safely to dispense with the past altogether.

A difficulty here is that in rejecting the past, all we are left with is the present and the present is no guide to itself. And while science seeks to engage with what is actually happening now, whatever scientists and their instruments measure is what has already happened. If light travels at 86,000 miles per second, it follows that there is a delay between an event occurring and it being observed to occur. Just because the delay is short does not mean it is trivial. At the least it means that both scientists and their instruments are inevitably behind the times and that science has no access to the actual present – what the philosopher Stephen Priest calls “the timeless now” – in which might be found the presence of God. This is a metaphysical problem which many scientists (though by no means all) prefer to ignore and which explains the widespread reluctance among scientists to use the word ‘present’. Instead, events are described as occurring ‘before’, ‘after’ or ‘simultaneous to’ other events. This metaphysical problem points to another difficulty which is that, while science may be very good at explaining generalities, it has trouble dealing with particularities. As Priest has written, “science cannot explain the scientist”.

Further, while science is (and scientists are) also often very good at making correct predictions given an exhaustive set of facts, science is not (and scientists are not) at all good at making correct predictions when the facts are not in (and not all of them ever are, hence the occasional black swan). But if science cannot always make correct predictions, still less is
science any good at telling us about things like love and loving, or about fortitude and why, arguably, it is a virtue while cowardice isn’t. As for its contribution to any debate about what follows death (still of crucial importance for untold millions of people), it has nothing whatever to say. Its domain is strictly limited.

Unsurprisingly, this fact is not readily acknowledged. Many of those who earn their living as scientists prefer not to be reminded of it and very much enjoy their status as oracles and as arbiters of behaviour – quite as much, we may imagine, as did the Inquisitors and other enforcers of Church doctrine of old. One of the reasons it will be so difficult for governments to admit that lockdown was an epic mistake, almost certainly the greatest moral catastrophe (imprudent, wanting courage, unjust, intemperate) since the First World War, is that they are no less in thrall to the scientific establishment than mediaeval European monarchies were in thrall to the Church. Indeed, it is scientists who comprise this idol’s priesthood and to whom society defers without question. And while it is true that many have understood its priesthood to be as faction-riven as any other, few doubt the universal applicability of the empiricism on
which science, its belief system, rests. Fewer still notice that this privileging of the empirical method is to a large extent responsible for the pessimism of contemporary culture.

Of course, most would assert that scientific endeavour is a thoroughly optimistic enterprise. There is, they would argue, no practical problem which, given enough research funding, could not, in principle, be solved. With a lot of work, a lot of money and a bit of luck, it won’t be long before we have an effective vaccine against the COVID-19 virus – unless, of
course, it comes from Russia, in which case we will be told to refuse it – and the disease is ‘defeated’. Yet it is not just the practical problems we need to solve but the moral and existential problems posed by questions like ‘how can I be happy?’ and ‘what are human beings for?’.

Herein lies both the cause of our pessimism and the reason why no one dares ask why it matters that Covid kills. We look to science to solve all our problems and, because science cannot make sense of such questions, we conclude there is no sense in them, that they are meaningless. And meaninglessness scares us. Rightly so.