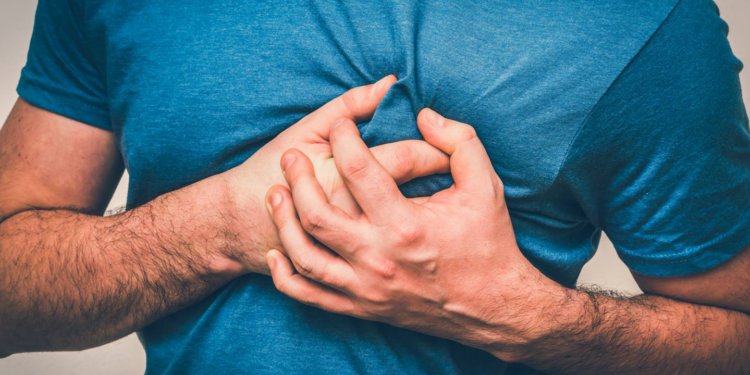 Were there worrying levels of mortality in 2022? The consensus is there were, with different people blaming various factors for the elevated deaths – many of which were due to cardiovascular issues – since the spring, including missed treatment, the NHS crisis, Long Covid and the vaccines.

My colleague Dr. Noah Carl has been sounding a lonely note of calm, arguing in two recent posts that mortality in 2022 was not elevated once you take the ageing population into account.

He notes that “2022’s age-standardised mortality rate [ASMR] was the third lowest ever, and age-adjusted excess mortality was negative (fewer people died than normal, after taking account of ageing)”.

He allows that “the latter half of 2022 did see non-trivial excess mortality: the ASMR was about 5% higher than the five-year average”. However, he counters that “the first half of the year saw negative excess mortality: the ASMR was about 6% lower than the five-year average”. He suggest that this means “the positive excess mortality in the second half of the year could be due to ‘dry tinder’: fewer people died in the first half, so there were more at risk of dying in the second”.

The problem with Noah’s argument is that it rests entirely on the use of ASMR. ASMR is a modelled quantity that adjusts the raw data using the 2013 European Standard Population to “standardise rates“. The impact of these modelled adjustments on current excess death figures is huge. For instance, the ONS states that in 2022, the “second leading cause of excess death in 2022 was ischaemic heart diseases (2,383 excess deaths; 4.5% above average)”. However, once adjusted, the ASMR was “significantly lower than average (96.9 and 99.3 deaths per 100,000 people, respectively)”. Using the ASMR has more than wiped out a 4.5% excess in heart deaths – a concerning signal – and turned it into a below-average year where there is nothing to worry about.

It’s clear from this chart that, firstly, raw excess has been running high since March, and the annual figure (the bar on the far right) is only lower because of the lower excess during the winter in January and February. As was noted at the time, this low winter excess was primarily a result of the mildness of Omicron and the absence of flu.

The second point is that the ASMR values are far below the raw data; the adjustments this model is making are immense, cutting excess figures to a fraction of their original value. So how confident can we be that such heavy adjustments are warranted?

It turns out, not very confident at all. The ASMR makes assumptions about how much older on average the population is getting each year and how frequently people are dying. Since the adjustments are large, this means the model assumes society is ageing very fast and this ageing is having a large impact on mortality rates that needs to be allowed for with heavy downward adjustments. So let’s check. Do crude annual mortality figures per 100,000 population show this claimed large impact of ageing?

Here are those figures for the past 30 years.

Clearly there is no evidence here of an ageing population causing a significant uplift in death rates, which have been flat since 2008 when the long-term declining trend ended. Further evidence that it is not due to an ageing population is that the cause of the deaths is not diseases of old age such as Alzheimer’s and Parkinson’s, which are running below average, but largely cardiovascular; it is also occurring in younger age groups. This means there is no clear justification for making severe downward adjustments to the raw data for 2022 based on the modelled effect of an ageing population, which appears here to be entirely hypothetical.

Professor Norman Fenton is similarly unimpressed with the move. He told me: “The ASMR is ultimately just an opaque ‘model’ that relies on multiple unverifiable assumptions about the true population and its age distribution.” He looks at some of the issues with ASMR in this video.

But could the high heart deaths just be a result of ‘dry tinder’ from the mild winter, as Noah suggests? If so, it would be a very fast effect. Is this what normally happens – does a period of negative excess tend to lead straight away to a period of high excess as deaths catch up? This would rest on the assumption that those who die of ‘winter flu’ typically would die within the next 12 months anyway, so any mildness in winter will normally be followed by a high number of deaths during the rest of the year. So is this the case – does a dip in winter typically lead to a large wave of deaths during the rest of the year?

It didn’t in New Zealand in 2020-21. During autumn and winter 2020, as pandemic restrictions were imposed and flu disappeared, excess deaths plummeted to minus-15%.

Clearly, many people survived the winter who normally would not. So did they all then die during the following year? While excess mortality during the summer reached around 5%, it then soon declined into negative territory again and remained there. This is a clear counterexample to the claim that mild winters are necessarily followed by waves of high mortality owing to an instant dry tinder effect, and thus that such an effect can be assumed to explain the excess deaths in 2022 in the U.K. It appears that dry tinder effects may not be so quick and dramatic – at least not when there is no novel pathogen involved.

It’s safe to say then that deaths were indeed worryingly high in 2022, particularly since the spring (and have continued high in January 2023). There is no reason to think that this is just because the population is ageing – a hypothetical effect which made no noticeable impact during the preceding decade, so cannot be assumed suddenly to have done so in 2022.