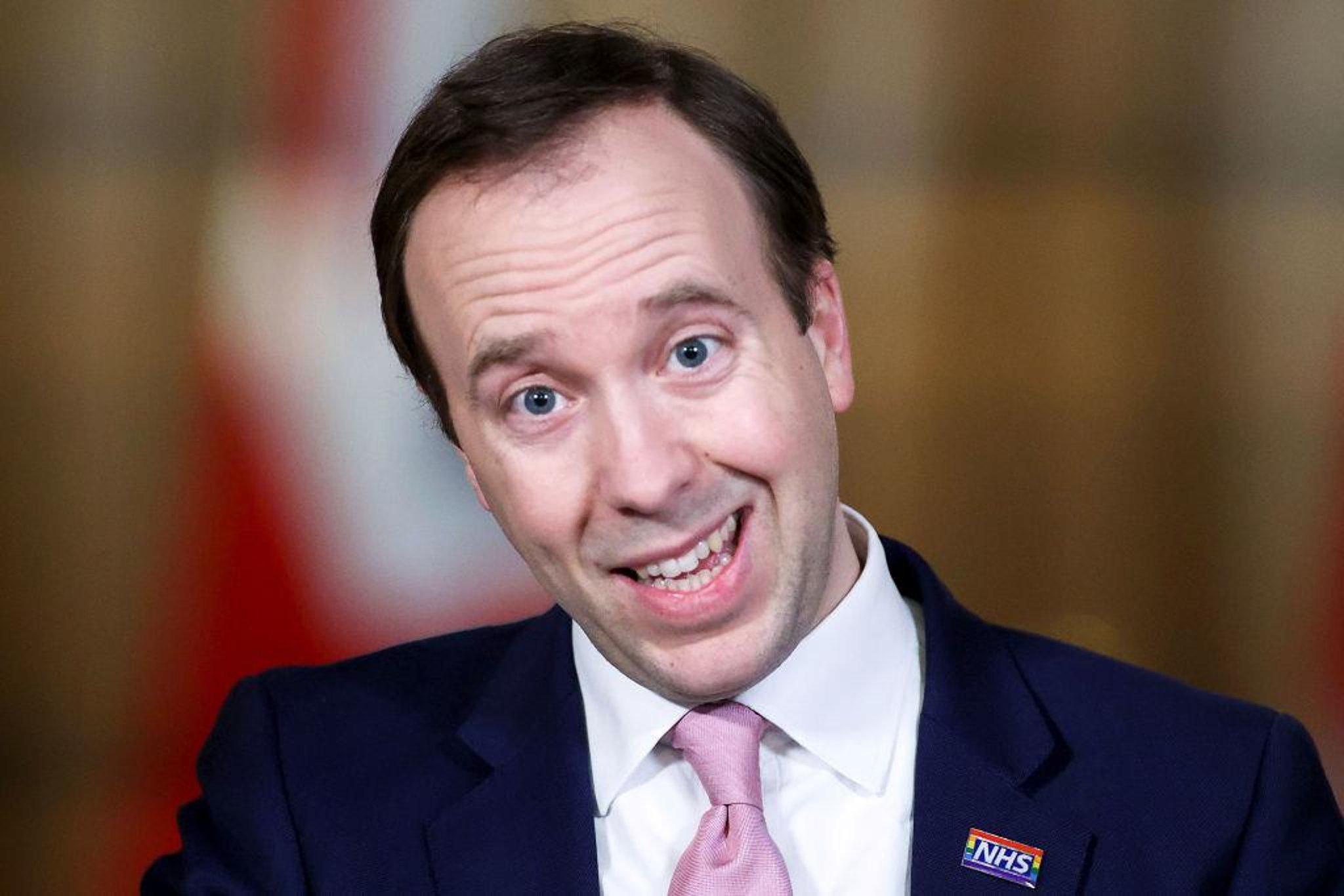 Matt Hancock, the former Health Secretary who gained notoriety during the pandemic both for his part in the deadly and totalitarian response and for his hypocrisy in breaking his own social distancing guidelines by having an affair with his married aide, has said he will not stand for the Conservatives in the next general election. The Telegraph has the story.

On Saturday, Mr Hancock’s spokesman told the Telegraph: “He has no intention of standing down or stepping away from politics.”

But on Wednesday, he said: “For my part, I want to do things differently. I have discovered a whole new world of possibilities which I am excited to explore – new ways for me to communicate with people of all ages and from all backgrounds.”

Listing his accomplishments, he said he was proud of establishing three free schools, the A11 dual carriageway, supporting the horseracing industry and expanding Newmarket Hospital.

He also commended himself for supporting Rishi Sunak in his bid to replace Liz Truss as Prime Minister during a turbulent year for the Conservative Party.

The ex-Tory MP returned to Westminster last week from Australia following his controversial spell on ITV’s I’m A Celebrity … Get Me Out Of Here!

Mr Hancock was stripped of the Conservative whip after it emerged he was joining the reality TV show, prompting speculation about his political future and whether he would stand again at the next general election in around two years time.

I am writing to tell you that I do not intend to stand for the Conservatives at the next General Election. I am very grateful for my conversation with the Chief Whip last week, in which he made clear he would restore the whip in due course, but that is now not necessary.

It has been a huge honour to serve as Member of Parliament for West Suffolk over the past twelve years. I am very proud of what we achieved, including the establishment of three Free Schools, dualling of the A11, supporting the horseracing industry, and expanding Newmarket Hospital. I will of course continue to represent all my constituents between now and the next election.

I am incredibly proud of what we achieved in my nine years in Government: the massive expansion of Apprenticeships, the introduction of Traineeships, support for small and growing businesses, the digitisation of public services and starting to establish rules for the digital economy, restoring the nation’s finances, support for the NHS with record numbers of doctors and nurses, and of course the response to the pandemic: the first vaccine in the world, and a shorter lockdown, fewer jobs lost, and lower mortality than comparable countries.

I am incredibly grateful for the loyal members of my team in Suffolk, in Parliament, in Government, and in the NHS who helped make all this possible. I am proud to have supported you to become Prime Minister and wish you the best in facing the challenges ahead.

The Conservative Party must now reconnect with the public we serve. There was a time when I thought the only way to influence the public debate was in Parliament, but I’ve realised there’s far more to it than that. I have increasingly come to believe that for a healthy democracy we must find new ways to reach people – especially those who are disengaged with politics. The revival of modern conservatism over the next decade will I suspect take place as much outside Parliament as in it.

For my part, I want to do things differently. I have discovered a whole new world of possibilities which I am excited to explore – new ways for me to communicate with people of all ages and from all backgrounds. I look forward to championing the issues that are dear to my heart, including better support for dyslexic children who get a raw deal from the education system.

It has been an honour to serve in Parliament and represent the people of West Suffolk. I will play my part in the debate about the future of our country and engage with the public in new ways.

No apology for wrecking the country, destroying lives and stunting prospects, of course.