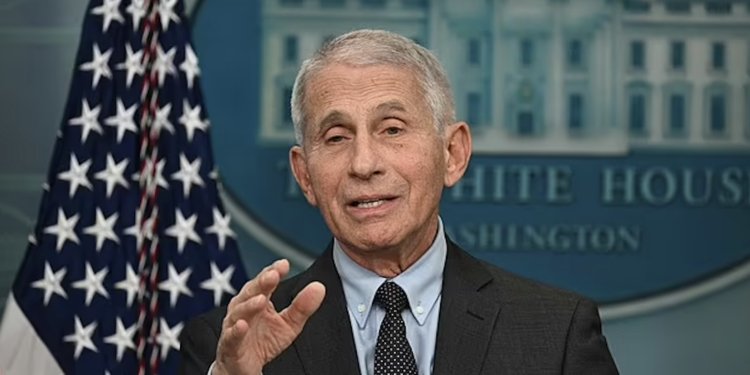 A scientist who worked closely with a U.S.-funded Wuhan lab has claimed that Covid was genetically engineered and leaked from the Chinese facility. DailyMail.com has more.

Dr. Andrew Huff, the former Vice President of EcoHealth Alliance, called the pandemic “one of the greatest cover-ups in history” and the “biggest U.S. intelligence failure since 9/11”.

In his expert opinion, whistleblower Huff believes that grant funding provided by Anthony Fauci by way of the National Institutes of Health (NIH) to EcoHealth Alliance, was linked to the “creation of SARS-CoV-2”.

He claims NIH “[funded] gain-of-function work and the U.S. intelligence community was aware of and appeared to have been involved” with this work.

Gain-of-function (GOF) work has been widely believed to have created SARS-CoV-2, Huff stressing that it was key in creating the aggressive and contagious disease.

The pandemic swept across the globe and has so far claimed the lives of 6.64 million people after first being reported as a cluster of cases of pneumonia in Wuhan, China in late 2019.

The Wuhan Institute of Virology, a high security lab specializing in coronaviruses, has been cast into the spotlight over the past two years, many questioning whether it could be the source of the highly contagious disease.

Both China and the lab have vehemently denied allegations, but evidence of a lab leak, have been gaining traction as scientists, researchers and governments hunt for answers.

Experts have suggested Covid may have escaped from the Wuhan facility through an infected researcher, improper disposal of waste or potential breaches in security at the site.

In explosive allegations made in his new book, The Truth About Wuhan, Huff claims that the pandemic was the result of the U.S. government funding of dangerous genetic engineering of coronaviruses in China.

Speaking to the Sun, Huff said that “the US government is to blame for the transfer of dangerous biotechnology to the Chinese”.

He points to China’s GOF experiments, which he believes were carried out within relaxed biosecurity environments which led to a lab leak at the U.S.-funded Wuhan Institute of Virology.

“EcoHealth Alliance and foreign laboratories did not have the adequate control measures in place for ensuring proper biosafety, biosecurity, and risk management, ultimately resulting in the lab leak at the Wuhan Institute of Virology,” he said.

The army veteran, from Michigan, said the organisation taught the Wuhan lab the “best existing methods to engineer bat coronaviruses to attack other species” for many years.

“China knew from day one that this was a genetically engineered agent,” he said.

“I was terrified by what I saw. We were just handing them bioweapon technology.”

In his book, the infectious diseases expert claims “greedy scientists killed millions of people globally”, and goes as far as to claim the U.S. government covered it all up.

Huff said that it shouldn’t be a surprise that China lied about the outbreak and then went to “extraordinary lengths to make it appear as if the disease emerged naturally”.

“The shocking part of all of this is how the United States government lied to all of us,” he said.

Stop Press: For more on this story, see this post from Michael Shellenberger’s Substack.