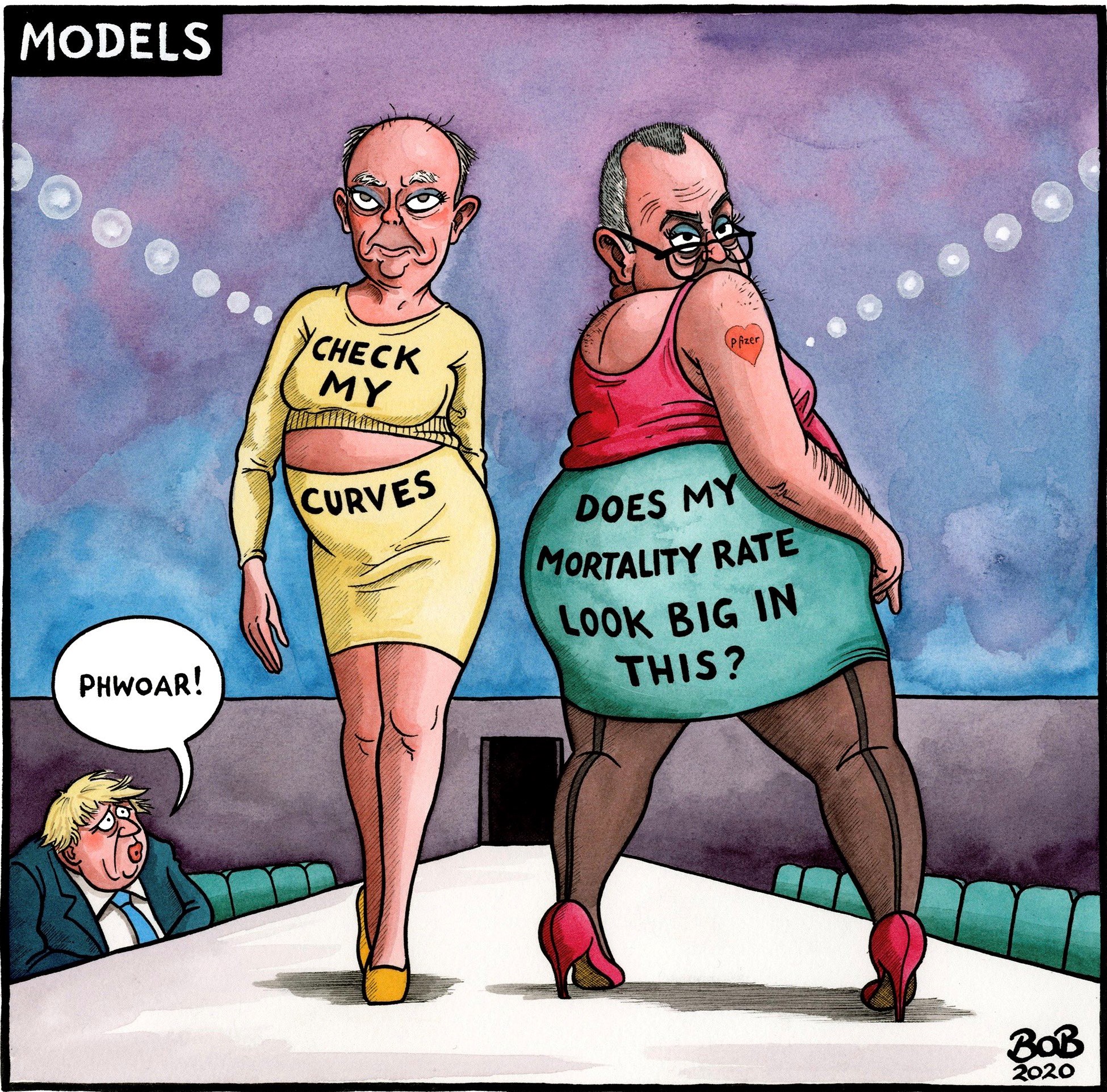 Britain will face a “prolonged period” of deaths due to the pandemic — but not from the Covid virus itself, Sir Chris Whitty and Sir Patrick Vallance said today, but from the (entirely foreseeable) collateral damage done by the measures taken to ‘contain’ it. MailOnline has more.

England’s Chief Medial Officer claimed the nation faces a rising death toll from heart disease and cancer cases due to pleas to protect the NHS.

Knock-on effects of dealing with Covid, which saw thousands of routine treatments and appointments delayed, will also fuel a surge in excess deaths.

The comments came from a ‘technical report’ published on the pandemic, advising health chiefs in the future on how to deal with similarly disruptive viral threats.

The report was also authored by Sir Patrick Vallance who, with Sir Chris, became a household name during the pandemic, appearing next to then-Prime Minister Boris Johnson during tense Downing St briefings to talk the nation through the crisis.

In one section, the team warned their successors that the “extraordinary” speed at which vaccines were developed could lull politicians in the future into a false sense security.

Britain had to rely on lockdowns, face masks, ventilation and hand washing before drugs were available and immunity levels rose.

Ministers may not be so lucky in getting their hands on a jab with the next disease.

Sir Chris and Sir Patrick said testing shortages in the “critical months” at the start of the outbreak hampered efforts to track the virus.

“This may well be a repeated problem in future pandemics,” they wrote.

Hundreds more Britons than expected are currently dying each week, despite the worst of the pandemic being over.

Experts say the collateral effects of Covid on treating cancer are to blame for a big proportion of those.

Cancer checks effectively ground to a halt during the pandemic and patients faced delays for treatment as oncologists were put on Covid wards and patients were told to stay at home to protect the NHS.

And thousands fewer people than expected have started cancer treatment since the pandemic began – despite NHS performance recovering slightly this summer.

Not quite the mea culpa some of us were hoping for.

Stop Press: Long Covid symptoms are just as common in people who’ve never had the virus, according to a Californian study that casts doubt over the true scale of the condition. MailOnline has more.