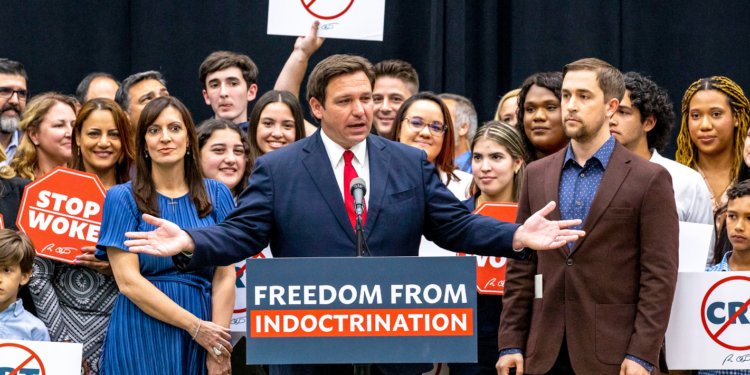 Britain is becoming more illiberal and unpatriotic as today’s increasingly woke young people become voters. That’s according to Professor of Politics Eric Kaufmann, who has written about the worrying findings of his latest survey in the Telegraph.

What I term cultural socialism – the desire to engineer equal outcomes and protect minority identity groups from psychological harm – all too often takes priority for Gen-Z and Millennials over historic British values such as freedom of speech, objective truth and attachment to the nation’s historical accomplishments. Contrary to the fairy tales Conservative politicians tell themselves, these young people will not change their views as they pass through milestones like taking a job, owning a home, or having children. The woke revolution is cultural, not material.

Consider the findings of my recent Policy Exchange reports on the politics of young Britons and public opinion on culture war issues. Among survey respondents under 26, more were opposed to than supportive of the Vice-Chancellor of Sussex University’s defence of the academic freedom of gender-critical philosopher Kathleen Stock, who was hounded by a mob of campus trans activists. This age group is evenly divided between those who want J.K. Rowling dropped by her publisher and those who think she should stay, or between those who want Churchill’s statue to be removed or for it to remain in Parliament Square. By contrast, those over 50 support Rowling and Churchill by an overwhelming 85 to five margin.

Young people are influenced by social media, but schools play an important part in reinforcing woke beliefs. A clear majority of British schoolchildren are being indoctrinated with cultural socialist ideas. Among the 18-year-olds I sampled, 63% were taught or heard from an adult at school about at least one of ‘white privilege’, ‘unconscious bias’ or ‘systemic racism’ – three concepts derived from critical race theory. If we include radical feminist ideas such as ‘patriarchy’ or the idea of many genders, this rises to 78%. Those who have been taught more of these critical social justice (CSJ) ideas are more likely to favour political correctness as a way of protecting disadvantaged groups, rather than viewing PC as stifling free expression.

Those young people who dissent from orthodoxy do so at their own risk, and the Equity, Diversity and Inclusion (EDI) agenda forces them to self-censor. A majority of Right-leaning young people who said they were taught at least three of five CSJ concepts worried about being expelled or punished for voicing their opinions. Nearly half of Right-leaning employees under 35 who have taken diversity training worry about being fired or losing their reputation.

While the public opposes wokeness by more than two to one, the Tories – in power for the last 12 years as wokery in education has exploded – seem incapable of tacking the spread of cultural socialism in schools, the NHS, the police and civil service, says Prof. Kaufmann. Too many Conservative MPs are “business liberals who pray at the altar of economic dynamism and care little about the country’s culture and traditions”, and thus “lack both the conviction and courage to act”, unlike their U.S. counterparts like Ron DeSantis.

The gravity of the situation cannot be underestimated, Prof. Kaufmann argues: “If most Britons no longer believe in freedom of speech or scientific reason and view our past as a racist nightmare, this is not some ‘culture war’ sideshow. It undermines the very essence of British civilisation.”

Responding to the survey results when they were released last week, Toby said:

Schools should not be teaching these politically contentious theories as if they were indisputably true. It leaves children feeling ashamed of their country and fearful that if they say something positive about Britain they will be accused of racism and targeted for cancellation. We passed a law in 1996 making it illegal to politically indoctrinate children. They can be taught about political issues, but only if they’re given a balanced presentation of opposing views. Unfortunately, that law is more honoured in the breach than the observance.

Professor Kaufmann’s article is worth reading in full.