It Was the Bank of England Wot Done It 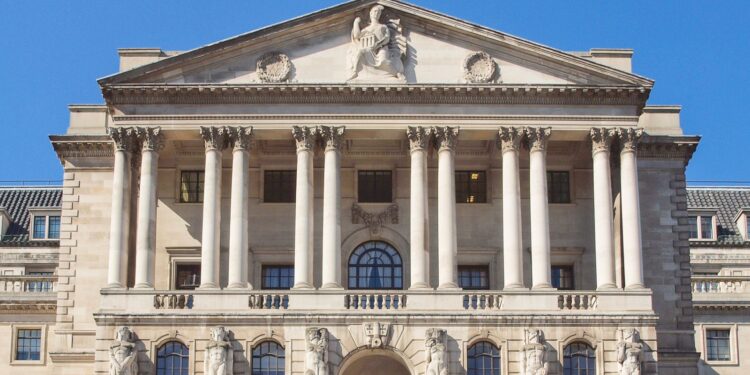 Jon Moynihan has written a fascinating piece for the Critic in which he lays the blame for the fall of Liz Truss’s Government squarely at the feet of the Bank of England. It wasn’t the ‘disastrous’ mini-budget that caused the pound to plummet and bond yields to rise, but the Bank’s scandalous mismanagement of the money supply – based, in part, on its desire to protect its pension fund. Here’s how the piece begins:

George Soros is widely known as the man who broke the Bank of England. As we will see, the Bank is quite capable, advertently or inadvertently, of breaking governments.

The brutal demise of the Truss administration following the mini-budget has been widely attributed to the market’s reaction to the expectation of unfunded borrowing occasioned by tax cuts and the fuel price cap. To the contrary: the market’s behaviour was quite clearly a response to the actions – and inactions — of the Bank of England, before, during and after the mini-budget.

One part of, but not all of, the case against the Bank has been cogently made by Narayana Kocherlakota, a well-respected economist and former President of the Federal Reserve Bank of Minneapolis, in a Washington Post piece entitled “Markets didn’t oust Truss – the Bank of England did”. Kocherlakota’s view was that the Bank of England was responsible for the crisis, through “poor financial regulation and highly subjective crisis management”. Outside the UK chatterati, this view is widely supported.

The beef against the mini-budget was that it spooked the market. But virtually all of the policy announcements made by Kwasi Kwarteng on the day were not new; they had been pledged during the Truss campaign or — in the case of the energy price guarantee — confirmed shortly after her arrival in Downing Street.

Sure, the mini-budget stated that clarifying how all the spending/lowered tax revenue would be paid for was to be put off until the later financial statement, due some weeks later. But the only new thing was the change to the top rate of income tax from 45 per cent to 40 per cent.

Given the well-known dynamic impact of lowered tax rates, this change would arguably have been revenue neutral or even beneficial; even without any dynamic benefit, it could have cost at most £2 billion in tax revenue. That is a rounding error compared to the amounts already absorbed by the market and a fraction of the costs Rishi Sunak has accepted at COP 27 — to which the markets have reacted entirely complacently. It is just not credible to blame the mini-budget for the market turmoil.

And yet the gilt market spiked, spectacularly; sterling was under pressure and the narrative sprang up that people wouldn’t be able to get new mortgages, nor be able to service existing mortgages when their mortgage payment rate came to be recalculated. All this was gleefully blamed on the mini-budget.

So why did bond yields spike so suddenly? The missing link in the story is the peculiar, some would say unpardonable, actions of the Bank of England, in particular its failure to understand, and respond to, the increasingly dangerous behaviour of a large sub-sector of Britain’s pension funds, the so-called Liability Driven Investment funds (LDIs).

Very much worth reading in full (no paywall).

It’s extraordinary that this story hasn’t been covered by Britain’s financial journalists. Hopefully, this article by a retired businessman will shame them into action.

The Covid-Cryptocurrency Connection: How FTX and Sam Bankman-Fried Bankrolled the Lockdowns