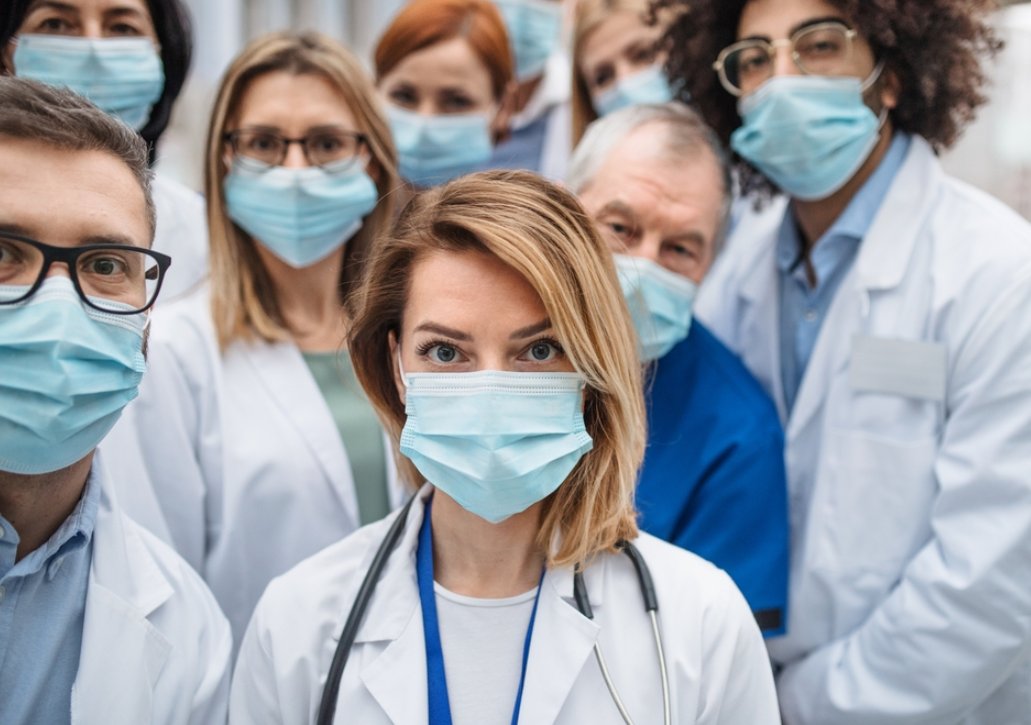 Earlier this year, the Smile Free campaign wrote an open letter to the NHS Chief Executives of England, Scotland, Wales and Northern Ireland calling for the lifting of the face mask requirement for all staff, patients and visitors in healthcare settings. Signed by over 2,000 medical and healthcare professionals, the letter cited gold-standard RCT scientific evidence that highlighted both the ineffectiveness of masks as a viral barrier and the potential physical, social and psychological harms associated with their use. The attempts of Scotland and Wales to justify their hospital mask requirements were criticised in an earlier article in the Critic. Now NHS England has spoken, defending its endorsement of mass masking primarily on the basis of computer modelling. Dr. Gary Sidley takes the organisation to task in the Critic.

In a letter dated October 4th 2022, Dame Ruth May (Chief Nursing Officer and national lead for infection control), responding on behalf of Amanda Pritchard (NHS England Chief Executive), asserted that there was “strong” evidence that widespread use of face coverings achieved a “significant impact” on the prevention of COVID-19 transmission. To support this premise she cited a computational modelling study, posted in October 2021. This pre-print paper reported that, based on its model, “universal masking” would achieve a 46% reduction in infections among healthcare workers. Given the substantial amount of robust scientific evidence available, aggregating around the conclusion that – in the real world – masks constitute an ineffective viral barrier, it is astonishing that NHS England is relying on a modelling study to justify its blanket policies.

There appears to be little recognition of the inauspicious legacy of the epidemiologist Professor Neil Ferguson. In collaboration with his colleagues at Imperial College London, Ferguson deployed computer modelling to predict the doomsday scenarios of Covid killing 2.2 million Americans and 500,000 people in the U.K. Such inaccurate prophecies were largely responsible for spooking Western governments into lockdowns, an unprecedented public health policy that has led to extensive collateral harms. Now healthcare chiefs are citing a similar modelling study as a key reason for persisting with mask recommendations in our hospitals, health centres and GP practices.

An initial glance at the study highlighted in the NHS England response is sufficient to reveal that it falls well short of an evidential bar that would justify imposing masks on healthy people. As a pre-print paper, it has not been peer-reviewed, and it comes with an explicit cautionary note at the beginning of the article that “it should not be considered conclusive, used to inform clinical practice or referenced by the media as validated information”. Within the body of the article, there are further warnings about the dubious reliability of its findings – for example, references to its reported outcomes as “highly uncertain”.

The modelling preprint itself acknowledges there are “important gaps in the evidence base” and that “evidence around the efficacy of interventions such as wearing surgical masks… is severely lacking”. Yet by assuming mask efficacy in its model, the paper ‘finds’ face coverings will prevent 46,000 infections of healthcare staff.

Dr. Sidley concludes that policies requiring habitual face coverings are not based on solid empirical evidence: “A piece of ill-fitting cloth or plastic does not transform into an impermeable viral barrier by virtue of crossing the threshold of a hospital or health centre.”

Time to ditch the masks.