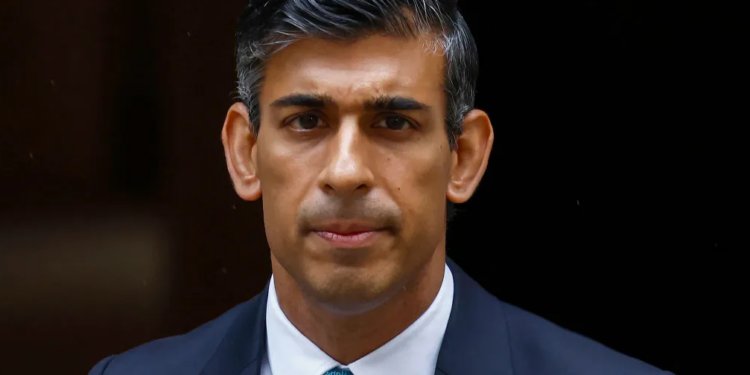 Prime Minister Rishi Sunak has performed his first Government U-turn and said he will now attend the COP27 climate summit, having previously said he was too busy preparing for the November 17th autumn statement. Sucking up to the eco-zealots he had offended by his apparent indifference, he tweeted: “There is no long-term prosperity without action on climate change. There is no energy security without investing in renewables. That is why I will attend COP27 next week: to deliver on Glasgow’s legacy of building a secure and sustainable future.”

Katy Balls at the Spectator looks at what’s behind the move.

So, what’s behind the change of heart? There have been signs since the weekend that Sunak could go after all. The Prime Minister faced criticism from his own climate adviser Alok Sharma for skipping out on the event in Egypt. Meanwhile, Sunak’s predecessor Boris Johnson had made it clear he would attend – firing a potshot at those in the Tory party for whom last year’s COP26 had become unfashionable. Labour were also on the attack – suggesting Sunak’s absence would amount to a failure of leadership. Ultimately it’s two factors that led Sunak to change tack.

The first is that it provides an opportunity to meet with many world leaders for the first time since he entered No. 10. The second is parliamentary management. There were enough MPs who had made it clear they viewed Sunak’s absence as a mistake that it focussed minds. Given the infighting and bad blood of the past few months, there is a key focus in the coming weeks on parliamentary management and bringing MPs on side.

The question is, what else will he cave-in on after he says he’s ‘decided’ something, especially something unfashionable (like appointing Suella Braverman), and do those around him now sense weakness?

Obviously it’s greatly disappointing to hear him repeat the eco-fantasist mantra that “there is no long-term prosperity without action on climate change” – the opposite of the truth. Even the IPCC does not predict any great economic catastrophe from not reducing carbon dioxide emissions, just moderately reduced GDP (around 2.6%). Yet the economic consequences of trying to move away from fossil fuels with immature and unsuitable alternatives are plainly actually catastrophic. These points have been widely made by Net Zero sceptics, but Sunak’s latest pronouncement sadly suggests he is not listening to anyone outside the climate doomsday cult.