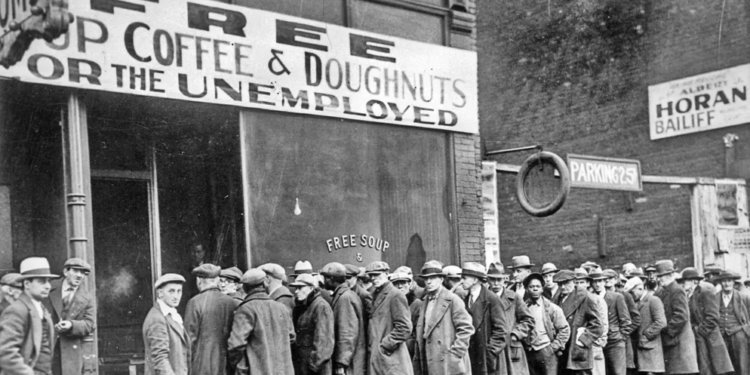 An article in the Critic asks if we are facing another great depression. I’m surprised that there is any doubt about it. Twenty years of vandalism of the energy system was only ever going to have one result, and will not be fixed in a hurry. But how did we end up here? Why did we let it happen? The answers lie in the two great tricks that have been played on the public.

Firstly, the man in the street has been led to believe that global warming is a crisis. Make no mistake, this is a lie. That’s because, in the official view of the Intergovernmental Panel on Climate Change, unabated global warming might lead to 3.6°C of warming and result in a loss of just 2.6% of GDP. Yes, those figures are correct; the worst that the climate might throw at us will only cause a small loss of wealth. That makes sense when you understand that by far the biggest impacts of climate change – sea-level rise and flooding – can be addressed through simple and relatively cheap adaptation measures. Nevertheless, relentless scaremongering by green activists and hate campaigns launched against naysayers have done the trick, to the extent that the idea of a ‘climate emergency’ is now received opinion, despite the lack of supporting evidence.

The second trick has been played by the renewables industry and green activists, which have together persuaded most people that an energy transition is possible. To do this they have engaged in a 20-year campaign of disinformation about the costs of wind and solar power and about the availability of storage technologies for when the wind stops blowing and the sun isn’t shining. So, for example, while the green blob shouts that offshore windfarms are bidding very low prices to supply to the grid, serious analysts – including in the peer-reviewed literature – point out that their audited accounts show that their costs remain high, that they are refusing to take up their contracts at the agreed price, and that the whole exercise is, in essence, a scam to fool the politicians into keeping the renewables boondoggle going.

The public has thus been caught in a pincer movement between two huge lies, and politicians, who only survive if they respond to public concerns, have wasted countless billions on renewables and have strangled the fossil fuel industry, the only sure way of keeping the lights on. As a result, families across the country face the prospect of winter nights spent shivering in the dark for years to come, and sky-high energy prices alongside.

Even if politicians wanted to do something about it, they seem to be cornered. They cannot address the energy crisis without being accused of “endangering the planet” and ignoring “cheap renewables”. The lies have done their work.

This explains the new Government’s reluctance to suspend the Net Zero targets and introduce the radical policy measures that are the only way to prevent the energy crisis turning in an economic catastrophe. Lifting the fracking moratorium, the single concrete measure announced to date, will not make a difference without further changes to the regulation of the industry. The team at the Department for Business, Energy and Industrial Strategy seems to be pinning its hopes on splitting off renewables into a separate market, a plan that will bring no relief in the short term, and which will, at best, reduce wholesale prices to the level required to keep offshore windfarms operating, which is perhaps four times what is necessary to save the economy. In other words, our Government is currently working on plans to make energy prices permanently high.

So yes, another great depression appears a racing certainty.

The Real Cause of Britain’s Economic Woes