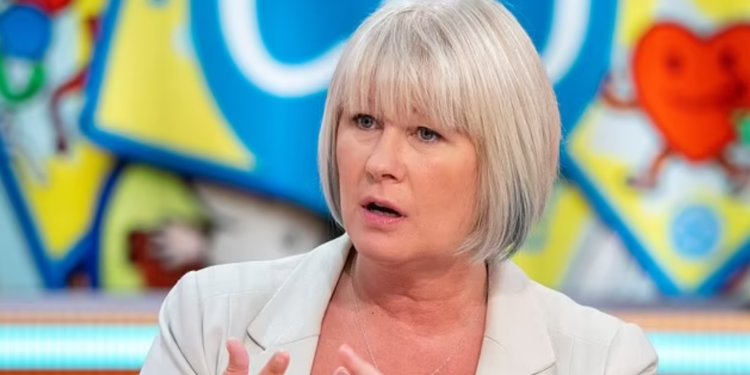 With a scheme to send harmful breast binders to children behind parents’ backs and staff pushing puberty-blocking drugs, children’s transgender charity Mermaids – whose promotion of breast binders the Metropolitan Police has said is potentially abusive – is a scandal unfolding before our eyes. Is it time to withdraw its status as a charity, asks the Mail.

In the past month alone, [Mermaids’] online help centre has told users (who say they are young as 13) that controversial hormone-blocking drugs are safe and “totally reversible”.

Mermaids repeated such claims when approached by the Mail, saying the drugs are “an internationally recognised safe [and] reversible healthcare option”, yet current NHS guidelines say “little is known about the long-term side effects”.

Elsewhere on its chatrooms, a Mermaids moderator publicly congratulated a 13-year-old who had written on the website that they were transgender and wanted drugs and “all the surgeries”.

Evidence also suggests Mermaids has been running a free “binder scheme” since at least 2019, sending the items to adolescents who say their parents oppose the practice…

Yet all this comes despite the fact that Dr. Hilary Cass, the former president of the Royal College of Paediatrics who is leading a review of trans children’s services for the NHS, has described the restrictive garments as “painful and potentially harmful”.

The Metropolitan Police has also confirmed that if instances of minors using binders are reported, they will be treated as potential cases of child abuse. (Binders have been shown to cause instances of breathing difficulties, chronic back pain, and even changes to the spine and broken ribs.)

Amid mounting criticism – including from author and women’s rights campaigner JK Rowling who tweeted on Monday that those who have “been cheering Mermaids on without doing the slightest bit of due diligence” should feel ashamed – the Charity Commission said this week it would be taking a closer look at Mermaids.

These revelations then will undoubtedly cast doubts over the influence and reach of the charity, whose close-knit relationship with London’s discredited Tavistock Gender Identity Clinic has been repeatedly highlighted by former clinicians turned whistle-blowers over the years.

Tavistock is set to close its doors next year, following a review in July by Dr. Cass, that found the centre’s treatment to be unsafe.

Some critics are now calling for Mermaids to be shut down, too.

“It has always claimed not to give advice for medical issues and yet its chatrooms consistently show people giving advice, often behind parents’ backs. It has not been fit for purpose for a long time,” says Stephanie Davies-Arai of Transgender Trend, an organisation of parents, professionals and academics concerned about the current trend to diagnose children as transgender.

The charity, which in 2016 controversially appointed as CEO Susie Green, a former IT consultant with no medical training, has received the endorsement of Prince Harry, who met with Green and invited the charity to join his Royal Foundation’s work on mental health. In 2019 it also received a lottery grant to the tune of half a million pounds, and shortly afterwards Starbucks announced a fundraising partnership with it.

Yet this was against a backdrop of clinicians at the NHS Tavistock children’s gender identity clinic warning about the clinic’s “unusually close” relationship with Mermaids, with former Consultant Psychotherapist Marcus Evans, who had worked at Tavistock for decades, breaking cover in 2018 to say that it “interfered with the ordinary clinical environment”.

Father Ted writer Graham Linehan, a prominent critic of Mermaids and transgender ideology, said it was “extraordinary” that “you now have a situation where a doctor has put on record that she is prescribing hormones to children on the recommendation of a former IT worker with no medical background”. Like many who speak out against transgender ideology, Linehan has taken a lot of flak, and says his planned stage show was recently pulled by producers Hat Trick because of it.

Linehan adds: “Mermaids joins a long line of British scandals happening in plain sight. It is promoting damaging concepts and interventions for children, and it is doing it publicly time and again. How much more of this do we have to see before it is stopped?”

As questions are raised about Mermaids’ charity status, it has itself recently mounted a legal challenge to the Charity Commission’s decision to award charitable status to the LGB Alliance, a gay rights organisation that is critical of current transgender ideology and policy. The hearing is ongoing and has been adjourned until November.

Stop Press: The Telegraph reports that Mermaids is being investigated by the Charity Commission, which says it has opened a “regulatory compliance case” after concerns were raised about the transgender charity’s “approach to safeguarding young people”.

Hospital Still Spending £138,000 Paying Two People to Stand at Door and Hand Out Masks and Sanitiser