Hospital Still Spending £138,000 Paying Two People to Stand at Door and Hand Out Masks and Sanitiser 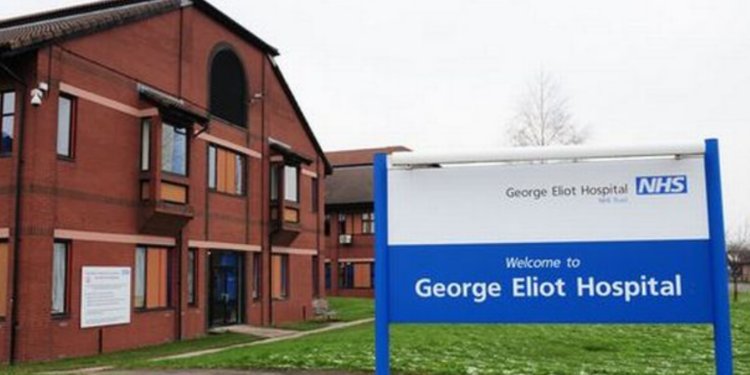 A hospital is still spending £138,000 employing two people to stand at the door and hand out face masks and hand sanitiser, a Freedom of Information request has revealed.

Frustrated by the continuing presence of mask ‘requirements’ at his local hospital, Mr. David Davies submitted a Freedom of Information request (FOI) to George Eliot NHS Hospital in Nuneaton. As part of this FOI he asked the hospital the amount spent on staff tasked with monitoring visitors for face-covering compliance and handing out masks and hand sanitiser at the entrance. The answer he received surprised him.

Every month at George Eliot NHS Hospital, two members of staff are assigned to COVID-19 door duty. According to the FOI response shared with campaign organisation Smile Free, the hospital is spending £11,500 per month on this, an annualised expense of £138,000, equivalent to £69,000 per person per year. This sum would cover the wages of four nurses.

Were this repeated at all U.K. hospitals, rough calculations suggest something in the region of £167m across the entire estate, enough to pay for around 5,000 nurses.

How much do the masks themselves cost the hospital, Mr. Davies also asked. He was refused an answer on the grounds that “retrieval of the information would require manual review of invoices from all suppliers during the period”.

Worryingly, given the known harms of masking, especially in healthcare settings, George Eliot hospital revealed it has not conducted any risk assessments for compulsory masking, instead citing “national guidance”. But as Mr. Davies points out in a follow-up letter, the very “national guidance” cited states clearly that “the exact interpretation will depend on your local risk assessments”.

At a time of extreme pressures on the health service, isn’t it high time such costly Covid theatre, which has never been shown to reduce infections, was abandoned?