Monkeypox Has Fizzled Out, But the WHO’s “Public Health Emergency” Lingers On 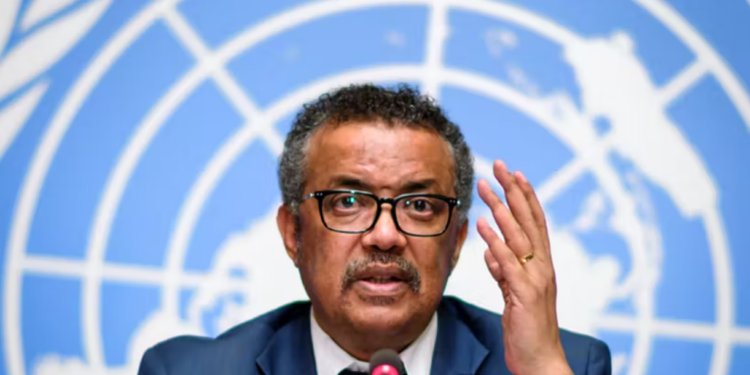 Is it too much to expect that someone in a position of authority will announce that the alleged threat from monkeypox is over? There is hardly a newspaper article about it, the U.K. had only approximately 3,500 recorded cases and even the BBC has told us that “The U.K.’s monkeypox situation is looking ‘very positive’ with cases continuing to fall”. Putting these figures in perspective, the percentage of people in the U.K. infected with monkeypox is 0.005%. Your chances of meeting someone with monkeypox is less that one in 100,000 – already negligible – but when you take into account that monkeypox is more prominent among men who have sex with men, then the average person would really have to make an effort to contract it.

I have long been writing about the purported monkeypox pandemic in scathing terms, asking “who’s afraid of the big bad monkeypox?“, and asking monkeypox to “raise its game“, reckoning that it had “bugged out“, that health experts in the U.K. were panicking, not because there were lots of deaths, but because there were none and should, therefore, “drop the dead monkeypox“. It is worth being reminded that of approximately 57,000 confirmed infections worldwide, only 22 have died and even Nature, usually at the forefront of fearmongering about all things pandemicky, says that this represents “a death rate of about 0.04%”. Across the world only 11 countries have recorded deaths ascribed to monkeypox, with Brazil and Nigeria top of this league at only seven deaths each. Initially, all the recorded deaths were in Africa, as monkeypox is endemic there, but the deaths elsewhere remain in single figures. The fact that Brazil has recorded the same number of deaths as Nigeria is not a cause for alarm given that Brazil’s healthcare system is ranked 125th in the world just below Botswana, not a country renowned for its healthcare system.

In light of the above it seems incredible to reflect that, according to JAMA, “On July 23rd 2022, World Health Organisation (WHO) Director-General Tedros Adhanom Ghebreyesus, PhD, declared the current monkeypox outbreak a Public Health Emergency of International Concern (PHEIC), overriding the WHO Emergency Committee, which decided 6-9 against recommending a PHEIC”. I see no evidence that the WHO has announced an end to this situation or declared victory over monkeypox which seems both incredible and incongruous given that it has recently declared that the end of Covid is in sight, while reported infections are clearly rising. Panic-Monger-in-Chief Dr. Tedros, is selective in what he wants us to panic about.

Still, as with Covid, some people just won’t let go. When the human cost of monkeypox was obviously not going to whip the population of the world into a frenzy there was news that one of our furry friends, a dog, had caught monkeypox. Now, despite the abundant evidence that monkeypox is almost impossible to contract and that if you live in a prosperous country with a well-developed healthcare system (and in the vast majority of cases, even if you don’t) you’ll pull through if you do get it, some scientists (remember them?) say that, while we should be forgetting about Covid and testing for it, we should be testing for monkeypox. These scientists “still fear the virus could become endemic in Britain if it spreads to animals”.

While the CDC says that monkeypox can spread from animals to humans, it provides no figures and nor does it cite any evidence. It does helpfully say that if you suspect your pet has monkeypox not to kill it or to put a mask on it! There is precisely one case – referred to above – of human to dog infection with monkeypox (we were spared the details of how the dog became infected) yet scientists are concerned about a pool of monkeypox in the animal kingdom that will come back to bite us and are “on alert” for monkeypox spreading back to humans. Is it too cynical to think that these same scientists want to develop and sell tests for monkeypox? Oh, it turns out they do. These same scientists “warn that future outbreaks are likely due to increasing levels of international travel”. All this sounds familiar.

Finally, just when you thought you’d heard the last of him, pandemic supremo Professor Neil Ferguson is making a monkeypox comeback tour. He “believes vaccines and vigilance have helped drive cases down from a peak in July this year”. What’s wrong with the man? Where are the predictions of bodies on the streets? We expect better from him.