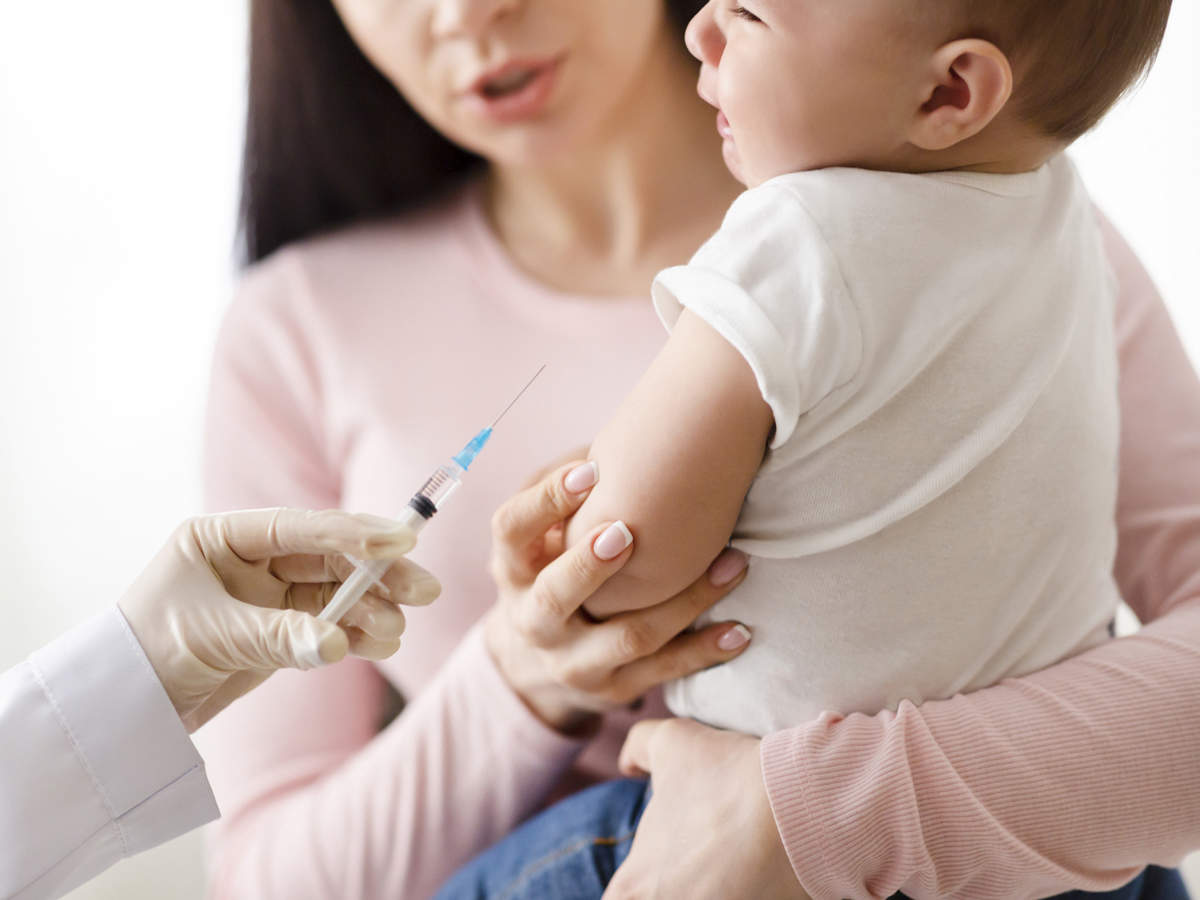 The U.K. regulator may decide on whether Covid vaccines should be approved for British babies before Christmas. The Mail has the story.

The Medicines and Healthcare products Regulatory Agency (MHRA), which polices the safety of drugs used in the U.K., told MailOnline it is currently reviewing data on Moderna’s vaccine.

The pharmaceutical firm has submitted evidence in the hope of getting its jab approved for children aged six months and older, as it is in the EU and U.S. Only over-fives can currently get Covid vaccines in the U.K.

Any approval of jabs for babies would cause huge controversy. British authorities have so far held out on approving jabs for infants despite massive pressure, due to concerns that the benefits do not outweigh any potential risks. Children rarely get seriously ill with Covid and the majority are thought to have already been infected.

Experts said today that, even if approved, the jab must not be rolled out “en masse” to healthy infants.

Dr. Laura Squire, the MHRA’s Chief Healthcare Quality and Access Officer, revealed the regulator was processing an application from Moderna. But she added the mRNA jab, which works in a similar way to Pfizer’s, would only be approved if it met strict safety and efficacy standards.

She said: “We have received an application from the company to extend the approval of Moderna to those aged six months to five years. No extension to the vaccine will be approved unless it meets our stringent standards of safety, quality and effectiveness.”

Moderna’s jab application was submitted in mid-September, meaning it has already gone through weeks of analysis. The MHRA declined to detail the timeframe for its expected decision. But it took health chiefs two months to consider the evidence before approving the first Covid jab in December 2020. Moderna’s application is for its existing jab to be rolled out to other groups, rather than for a new drug. Dr. Squire also confirmed rival vaccine maker Pfizer has not yet applied to have its jab approved for use in the youngest children.

Professor David Livermore, a microbiologist at East Anglia University, said giving the jab to the very limited numbers of children with specific conditions might be wise.

He said: “The tiny minorities of children with severe underlying health problems may benefit from vaccination against Covid.”

But he added that a large-scale jab campaign for children should be off the cards. “There should be absolutely no question of mass vaccination of healthy children, for whom the benefits don’t outweigh the risks,” the professor said. “Over 80% of children have now had Covid and have developed natural immunity. This lasts longer than vaccine-induced immunity and is broader in respect of covering variants. Vaccines offer nothing useful to this very large majority.”

Professor Livermore said the risks of vaccine-related harm, while tiny, do not clearly outweigh the very minor benefits for the vast majority of children.

He added that he would like Britain to follow Denmark’s lead and stop vaccinating children against Covid unless recommended by a specialist paediatrician.

Moderna has now published the results of its trial in the under-fives. The study population was very small – too small to get meaningful efficacy results and efficacy was “inferred” from “neutralising antibody concentrations”:

The efficacy of mRNA-1273 was inferred on the basis of having met prespecified criteria for immunobridging, the approach used for authorisation and approval in COVID-19 vaccine studies involving adolescents and older children.

In the supplementary appendix (Table S28 and S29) vaccine effectiveness estimates are given which, while the confidence intervals are wide, are all below 51% and one is even negative.

Among children 6-23 months of age, eight serious adverse events occurred in the vaccine group and none in the placebo group. The data in the supplementary appendix consistently show the vaccinated with adverse events of grade 3 (prevents carrying out daily tasks) and grade 4 (hospitalisation) many times higher than either a placebo or lower dose cohort.

Medically attended unsolicited adverse events (Table S26) were two to three times higher in the vaccine cohort than the placebo:

This indicates that 0.7% of the vaccinated or 1 in 143 had an unsolicited side-effect of the vaccine that required medical attention.

Alex Berenson spotted that in the appendix Moderna disclosed a case of new-onset Type 1 diabetes in a one-year-old girl that its investigators found was vaccine-related. This is Moderna admitting that its vaccine can give children diabetes. El Gato Malo points out that this does not appear to have been disclosed ahead of the approval of the vaccine in the U.S.

A German retrospective study found a hospitalisation rate from the (lower dose) Pfizer vaccine in under-fives of around one in 500.

Why are regulators even considering approving these vaccines for small children?