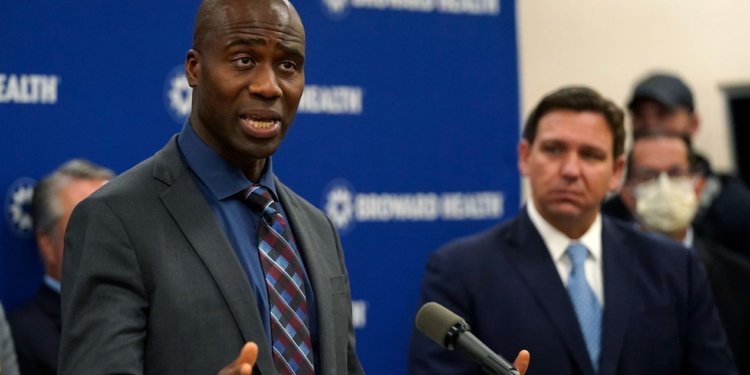 Florida’s State Surgeon General Dr. Joseph A. Ladapo has recommended against males aged 18 to 39 receiving mRNA COVID-19 vaccines owing to an 84% increase in the incidence of heart-related death within 28 days following mRNA vaccination. Here is the press release.

Today, State Surgeon General Dr. Joseph A. Ladapo has announced new guidance regarding mRNA vaccines. The Florida Department of Health (Department) conducted an analysis through a self-controlled case series, which is a technique originally developed to evaluate vaccine safety.

This analysis found that there is an 84% increase in the relative incidence of cardiac-related death among males 18-39 years old within 28 days following mRNA vaccination. With a high level of global immunity to COVID-19, the benefit of vaccination is likely outweighed by this abnormally high risk of cardiac-related death among men in this age group. Non-mRNA vaccines were not found to have these increased risks.

As such, the State Surgeon General recommends against males aged 18 to 39 from receiving mRNA COVID-19 vaccines. Those with preexisting cardiac conditions, such as myocarditis and pericarditis, should take particular caution when making this decision.

“Studying the safety and efficacy of any medications, including vaccines, is an important component of public health,” said Surgeon General Dr. Joseph Ladapo. “Far less attention has been paid to safety and the concerns of many individuals have been dismissed – these are important findings that should be communicated to Floridians.”

The move follows on from Denmark ending vaccination of most under-50s, though any safety considerations in that decision were left implicit.

The Florida recommendation is based on a new analysis of deaths following vaccination undertaken by the state Department of Health, one of the first detailed analyses of all-cause mortality by vaccination status that has been carried out.

The analysis stressed that it is only considering doses given during the “first months the vaccines were available” and did not include vaccinations after December 8th 2021.

The analysis states that for the two-dose mRNA vaccines, an individual’s risk in the 28-day post-injection period was compared to the later post-injection period, which has the problem that the heightened risk of heart complications may well continue after 28 days. It also excludes anyone who received a booster (i.e., a third or fourth dose). This means, the analysis says, that it “does not consider the multidose vaccination schedule required for mRNA vaccination”. This is important as other analyses have suggested later doses are associated with significantly heightened risk of heart complications and death.

The analysis also does not include those under 18, though adolescents have been found in other studies to be particularly susceptible to heart-related vaccine adverse events.

Concerning the finding that non-mRNA vaccines (i.e., the Janssen vaccine in this context) did not have elevated risk, the analysis says this “could be due to confounding” as the population who received the Johnson vaccine may have been younger and healthier. This “needs to be further evaluated”, it adds.

The Florida recommendation against mRNA vaccination for young males on safety grounds is an important step towards seeing the new genetic vaccines in their proper light. However, full analysis of all-cause and heart-related mortality by vaccination status across the whole rollout and for all doses is still awaited.

The Scandalous Silencing of Dissenting Doctors Imperils Us All