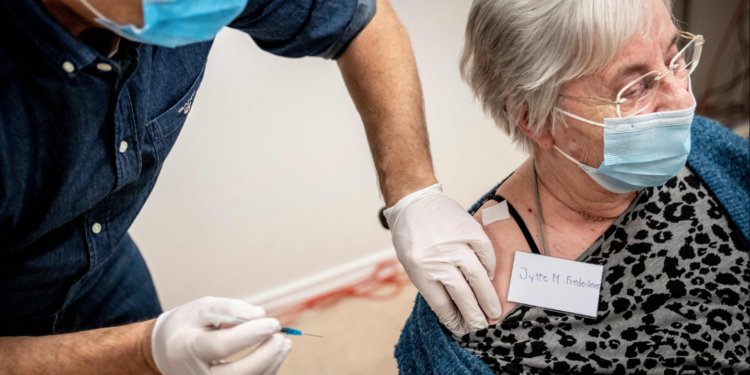 Denmark has banned the use of COVID-19 vaccines for people under 50 years of age, explaining that the ban is because widespread immunity and low risk from Covid mean the benefits from vaccination are too low.

People aged under 50 are generally not at particularly higher risk of becoming severely ill from COVID-19. In addition, younger people aged under 50 are well protected against becoming severely ill from COVID-19, as a very large number of them have already been vaccinated and have previously been infected with COVID-19, and there is consequently good immunity among this part of the population.

Minimal benefit is of course a good enough reason for not recommending vaccination. But it is not reason enough to ban it. No product is banned simply because it isn’t useful. Products are banned only because they’re considered harmful.

As several studies have already shown, the risk of serious adverse effects from the COVID-19 vaccines is higher than their benefits for younger people. This is of course the most probable reason Denmark has banned them.

But the question remains, why do health officials not simply say so? Indeed, in their advice they state the vaccines are “very safe” and the only severe side-effects they mention are rare allergic reactions.

All vaccines cause side effects, including the COVID-19 vaccines. In general, the side-effects are mild and transient, and we consider the vaccines to be very safe and highly documented…

In rare cases, severe immediate allergic reactions (anaphylaxis) may occur, which may be caused by, for example, allergy to the additives in the vaccine. If you have previously had a severe allergic reaction immediately after being vaccinated or after being injected with a medicinal product, you should contact your doctor before being vaccinated against COVID-19. If you have a known allergy to macrogols/PEG/polyethylene glycol, you should not be vaccinated with the mRNA vaccines.

“They don’t want to pay for something they don’t consider necessary,” someone might say. But this is not a valid reason. They could simply let those who really want the vaccines pay for them by themselves. But they don’t.

So, why do the Danish health authorities not simply explain in a straightforward manner why most younger people are not only recommended not to have the vaccines, but forbidden to do so?

Why do they hide the truth?

What are they so afraid of?

Thorsteinn Siglaugsson is an economist, consultant and writer based in Iceland. You can subscribe to his Substack newsletter here.

Postscript: Flora Teoh, the Science Editor of a fact-checking website called Health Feedback has checked this article, alongside a video by Clay Travis, and found them to be “inaccurate“. Or, as Thorsteinn Siglausson points out in his response to her piece, she has found the headline on the video and the tweet promoting the article to be “inaccurate” because they don’t make it clear that COVID-19 vaccinations and boosters haven’t been banned for all people under 50, just the vast majority. But if you watch Clay Travis’s video or read the above article, that is made clear. Is it fair to ‘fact check’ headlines and tweets drawing attention to longer pieces, which will inevitably simplify and exaggerate, while ignoring the more nuanced content of those pieces?