What’s the Best Way to Rein in Companies Like PayPal? 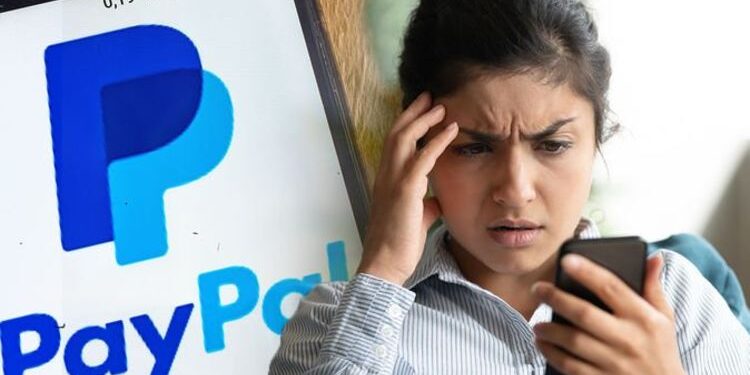 It is encouraging that Tory MPs are taking seriously the threat to an open society posed by PayPal’s demonetisation of UsForThem, Toby Young, the Free Speech Union and the Daily Sceptic. And it is more encouraging still that they are likely to respond to the threat through legislation – possibly through an amendment to the Financial Services and Markets Bill. It is vital, however, that they get this response right, and understanding the purported legal basis for a company like PayPal excluding a user from its services is crucial in this regard.

To get some preliminary matters out of the way, it is important first to distinguish a financial services provider like PayPal from a social media outfit like Twitter or Facebook/Meta. There is a case to be made (although it is ultimately not one I would concur with) that it is legitimate for a social media operator to exclude people who express opinions deemed undesirable by its owners. I agree, for example, with the position that the Supreme Court adopted with respect to the baker in the famous ‘gay cake’ case; it is unconscionable for the law to force the owner of a private company to propagate a message that would conflict with said owner’s sincerely held beliefs. I think large social media providers are fundamentally different from the baker in that case, but I can at least understand the basis on which somebody would argue that Twitter booting, say, Andrew Tate, is essentially the same as a Christian baker refusing to bake a cake bearing a message supporting gay marriage (or, let’s say, a hypothetical Muslim printer refusing to print a satirical magazine bearing an image of the prophet). But there is no sense in which PayPal can be construed to be said to be in this position. PayPal does not serve to propagate messages of any kind; nor are its users even publicly known or identifiable for the large part; whether or not the Daily Sceptic is a customer of PayPal places no requirement on the latter to associate itself with the expression of any view whatsoever. It is a different kettle of fish.

It is also important to acknowledge that there are legitimate reasons for a business like PayPal seeking to exclude users who express certain kinds of views that might be connected with criminal offences, even indirectly. To use an obvious and extreme example, there would be nothing wrong with PayPal closing an account it discovered to be connected to an organisation dedicated to sharing positive perspectives on paedophilia; while a group of paedophiles getting together to talk about how wonderful their predilection is would not (I think) in itself constitute a criminal offence, it is easy to see why PayPal would wish to avoid coming within a barge-pole’s distance of any suggestion it was knowingly assisting such a group. However, this kind of concern clearly would not apply with respect to the FSU, UsForThem, the Daily Sceptic or Toby personally.

A company like PayPal cannot therefore fall back on these kinds of excuses in behaving as it has done. And in any case, we can all what is really going on here – it’s nothing to do with matters of conscience or a legitimate attempt to ‘de-risk’ with respect to potentially criminal behaviour. (It is notable, for example, that PayPal appears to be ‘intensely relaxed’ about the risks of being seen to be associated with precisely the kind of paedophile support group I mentioned earlier.) This is simply a case of somebody at PayPal wishing to send a statement: “We’re on the side of the good guys, and if you’re not on our side, mind your P’s and Q’s.” The fact that a very important set of elections is due to take place in the US in November undoubtedly has something to do with this.

It is therefore entirely legitimate for Parliament to legislate to prevent this kind of behaviour, and the question thus becomes: what form should such legislation take?

Looking at the underlying purported legal justification for PayPal’s conduct will give us an answer. The recent closure of the accounts of the Daily Sceptic et al seems to have been done on the basis that these respective parties have violated their respective User Agreements with PayPal. The User Agreement, it must be said, has not been particularly clearly drafted, but this much at least is clear: PayPal may close a user’s account if the user is in breach of its terms. The specific breaches themselves in this case were not, however, made particularly clear. Initially, it seemed that PayPal was accusing the Daily Sceptic et al of breaching its Acceptable Use Policy – namely item 2 (f) of that document, which prohibits the user engaging in ‘the promotion of hate, violence or other forms of intolerance’. This obviously wouldn’t stick, though, and subsequent statements by PayPal have suggested that the accounts were closed on the basis that the Daily Sceptic et al were ‘providing false, inaccurate or misleading information’, which is on the list of ‘restricted activities’ in the User Agreement proper.

The haphazard way in which PayPal appears to have conducted itself is suggestive that the decision was made to close the accounts first, with the justification being worked out afterwards. But we do now know what its legal representatives would trot out as the purported contractual basis for closing the accounts in question: being in breach of the User Agreement by engaging in the restricted activity of providing false, inaccurate or misleading information.

And this in turn would allow us to identify the remedy in the creation of a relatively short Act (or amendment to the Online Safety Bill). I am not a Parliamentary drafter, but my suggestion would be something along the lines of:

A provider of financial services may not by reference to any contract term terminate or suspend the provision of services to a user on the basis of that user spreading false, inaccurate or misleading information, or similar, unless it is satisfied on the balance of probabilities that the spreading of said information would in itself constitute a criminal offence in the laws of England and Wales.

This would quite neatly prevent PayPal or any other such provider from doing this kind of thing in future, while allowing such operators to ‘de-risk’ for the legitimate reason of avoiding any connection to the commission of crime. The consequence would simply be to make a term of a contract between a financial services provider and a customer purporting to allow termination on the grounds of the spreading of false information, etc., unenforceable, and the legislation could be worded to give this immediate effect.

Stop Press: Allysia Finley has written a good comment piece for the Wall St Journal about why the Supreme Court may well uphold the law in Texas prohibiting large social media companies from blocking speech based on viewpoint.

How the Society of Authors Became Ensnared in the Woke Cult