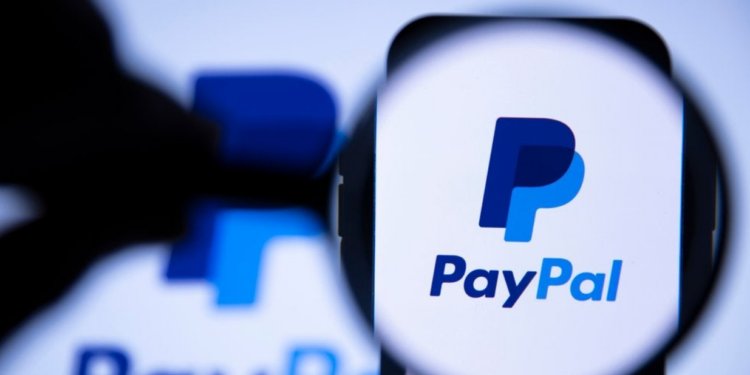 PayPal and other finance companies could be banned from blocking the accounts of campaign groups for political reasons under a new law being proposed by MPs. The Telegraph has more.

Conservative backbenchers are considering launching an amendment to upcoming financial legislation in the House of Commons that would ban companies from freezing campaigners’ accounts.

It comes after UsForThem, which campaigned to keep schools open during the pandemic, and the Free Speech Union (FSU), a pressure group, had their PayPal accounts blocked and were accused of violating terms of service.

PayPal has since reinstated UsForThem’s account but the FSU’s three accounts with the U.S. tech giant are still blocked and are not expected to be reviewed.

An amendment to the Online Safety Bill or Digital Markets Bill, which are both yet to be passed in Parliament, could be launched by Tory MPs.

One source said ministers are likely to accept the amendment to the law because Conservative backbenchers will support it.

It comes after officials from the Department of Culture, Media and Sport reached out to PayPal to demand an explanation for the accounts being blocked.

The MPs said it was “hard to avoid construing PayPal’s actions as an orchestrated, politically motivated move to silence critical or dissenting views on these topics within the U.K.”.

Stop Press: The Times has published an excellent ‘Thunderer’ by Jawad Iqbal arguing that “PayPal – remote, unelected and unaccountable – has no business policing what people can say or think in Britain or anywhere else”.

Citing claims of Covid vaccine misinformation, PayPal shut the journalist Toby Young’s accounts with the Free Speech Union he created and his website, The Daily Sceptic. It is a mystery how a company that specialises in online financial transactions is qualified to make such a judgment. UsForThem, a parents’ group that fought to keep schools open during the pandemic, was unable to access funds after its account was discontinued, “in accordance with PayPal’s user agreement”.

This is censorship by corporate diktat: the company sets its own rules and interprets them as it sees fit. It appears oblivious to the notion that it is wrong in principle to withdraw vital services from people because of their political views. Would it be acceptable for a supermarket to refuse to serve a customer because of their politics or for a high street bank to refuse to make a payment to a company it deemed politically objectionable?

It is misguided to argue that private companies are free to do as they please. Surely not, if they insist on punishing what they perceive as errant opinions. Those who shrug because they don’t agree with the people targeted on this occasion miss the point: giving licence to the suppression of views you don’t like is a slippery road that inevitably leads to greater censorship all round.

Stop Press 2: Watch Toby tell Andrew Doyle on GB News that for all three accounts to be found guilty at exactly the same time “suggests that there is something else going on in the background“ and that the new law is the only way to rein in these out of control Big Tech companies.